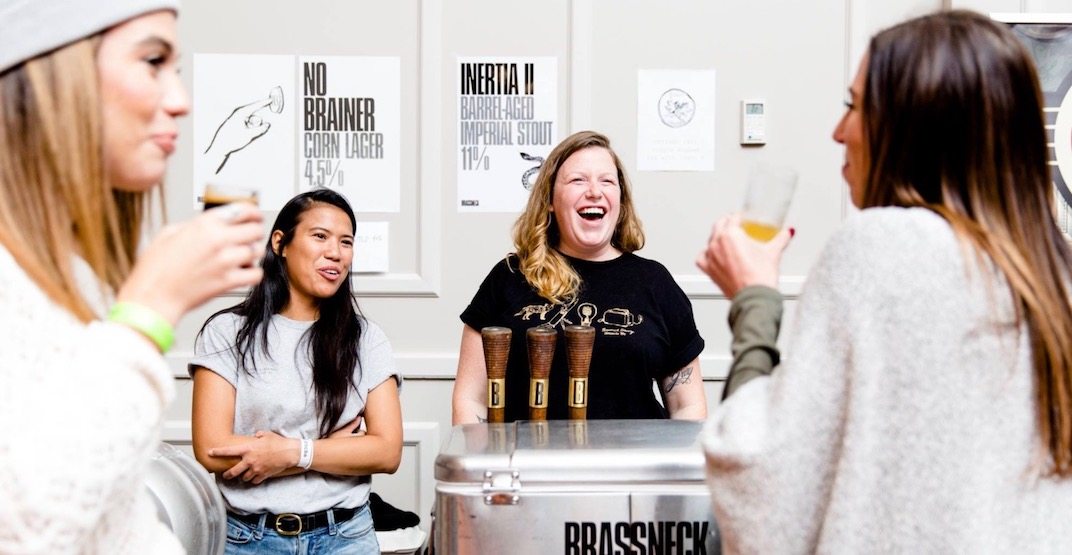 Here are 9 Vancouver food events, in or around the city, worth checking out this week.

This themed tea offers a selection of goodies such as house made scones, along with cleverly-named offerings such at the savoury ‘Go Fish’ Niscoise Sandwich and Chess-nut Tart (Candied Chestnut, Duck Confit), and sweet treats like the Double Domino Lemon Tart, Red Velvet XO Macaron, and the Checkmate Battenberg Cake to name a few.

The Fairmont has taken their tea to the next level this time by offering a ‘Tipsy Tea’ 19+ event which runs Friday evenings from October 6 to November 17 at 7 pm. This event is $75 per person. This means you need to get your crew together, head to the tea room in Notch8 Restaurant + Bar, and bring your appetite and your competitive spirit. You’ll be going head to head in games like Snakes & Ladders, Operation, and the Game of Life.

When: All of October
Where: 4557 Blackcomb Way, Whistler

Yuu Japanese Tapas is offering their first ever Ramen Challenge, and ideally it will end in full stomachs, and big savings for those who participate. The Richmond eatery is offering $5 ramen to anyone who can finish an entire bowl in less than 10 minutes during their opening hours on October 16, 17, 18, and 20.

Ancora Waterfront Dining and Patio is offering an intimate one-of-a-kind 40-seat dinner with special guest Alberto Di Grésy (principal and world-renowned owner and winemaker of Marchesi di Grésy). Produced in the Piedmont region of Italy, the distinctive notes of Marchesi di Grésy’s elegantly crafted line of wines will be paired with an inspired selection of plates prepared by the stellar culinary team at Ancora including Panca Glazed Sablefish and 12-hour Braised Short Rib to name a few.

This epic five-course dinner celebrates wild foraged mushrooms and of course, the wines from Summerhill Pyramid Winery in Kelowna. The Acorn Restaurant and Wildcraft Foraging will be creating a unique, one-night-only menu from a variety of specially foraged wild mushrooms courtesy of Victoria, BC’s Lance “Wildcraft” Staples. Each course will involve a celebration of the unique varieties of local mushrooms currently in season, even dessert!

While learning about culinary and cultural facts from the Champagne region, you will be shown how to make a main dish typically crafted in that region -“Potée Champenoise”. After the demonstration enjoy a full dinner complete with appetizer, main, and dessert, plus a glass of wine in the restaurant.

When: Wednesday, October 18 from 6 to 9 pm
Where: The Uncommon Café – 477 Powell Street, Vancouver
Cost: $69 per person; buy via buy via Eventbrite

Make a dinner reservation at a participating restaurant on October 18, 2017, and the restaurant will donate from 50% to 100% of their total food sales from dinner service to support community food programs in low-income neighbourhoods. Restaurants in Vancouver include Burdock & Co, Farmer’s Apprentice, and Jamjar on Commercial Drive.

When: Wednesday, October 18
Where: Three participating restaurants in Vancouver

This event sells out fast – so read quickly and get your tickets ASAP. Enjoy gourmet bites prepared by top Ocean Wise restaurants and taste signature BC wines during this culinary journey celebrating the conservation of our oceans. Food and beverages are included in the ticket price. All proceeds support the Vancouver Aquarium’s important research, education and direct action programs that benefit ocean conservation.

It’s almost BC Craft Beer Month, and that means The BC Beer Awards and Festival 2017 is back too. You can check out this annual event on October 21 at the Croatian Cultural Centre in Vancouver and taste some of the best brews around. All tickets include four 5 oz drink tokens and entrance into the festival that celebrates the best in craft brewing from across the province.