Nearly three hours and two dozen amazing tunes later, Foo Fighters show why they are one of the top Rock bands of this century. From the opening riff of Bridge Burning until the final scream of Everlong the only moment either Dave Grohl or the nearly sold out Rogers Arena crowd had a little break from moshing, screaming and dancing was during the few acoustic tunes at the beginning of the 6 song encore.

I still think of Foo Fighters as a young band, partially partially because they came on the scene later in the 90’s after the bands like Soundgarden and Pearl Jam stole the limelight for that decade, partially because I’m old (I did own Nevermind when it was a “new release”) but mostly because Dave Grohl plays his anthems with so much fervour that even the thousands strong crowd had problems matching his energy. Even though he had some help from an amazing band and a catwalk that stretched all the way through the arena floor Grohl showed that he is truly one of the greatest frontmen ever.

The concert opened with the first two songs of their most recent album Wasting Light and then the set list continued into a galvanizing medley of hits (I’m sure I felt the walls shake during My Hero), new material and covers (Pink Floyd’s “In The Flesh? sung by drummer Taylor Hawkins. All in all, The Foos left no room for complaints on their score card last night. 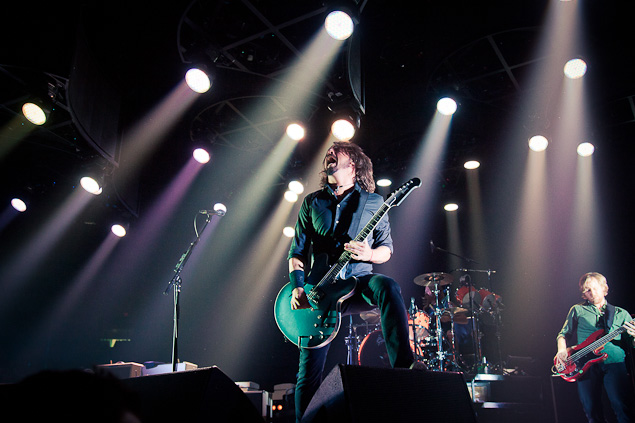 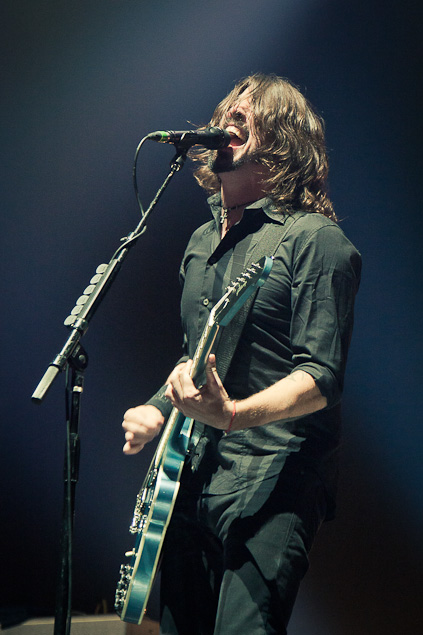 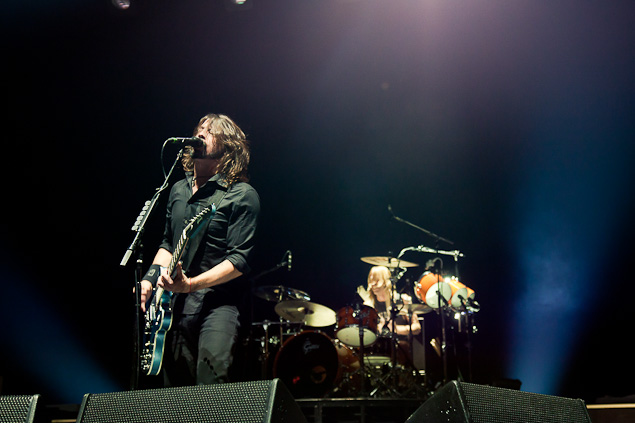 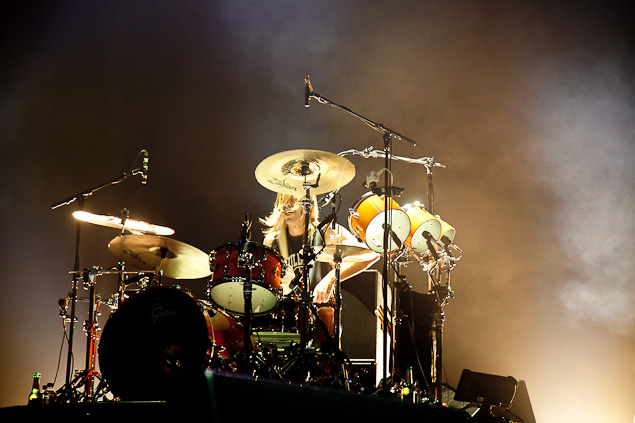 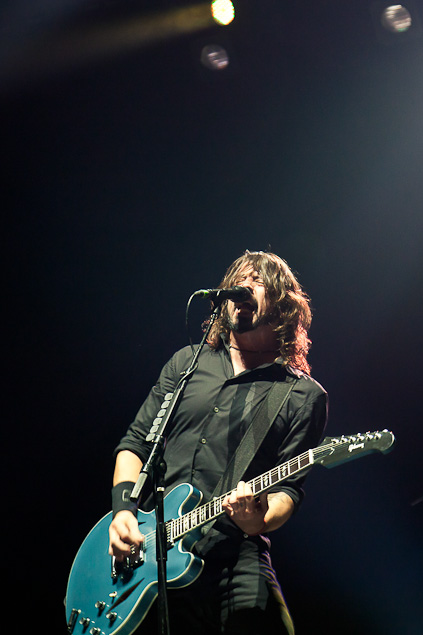 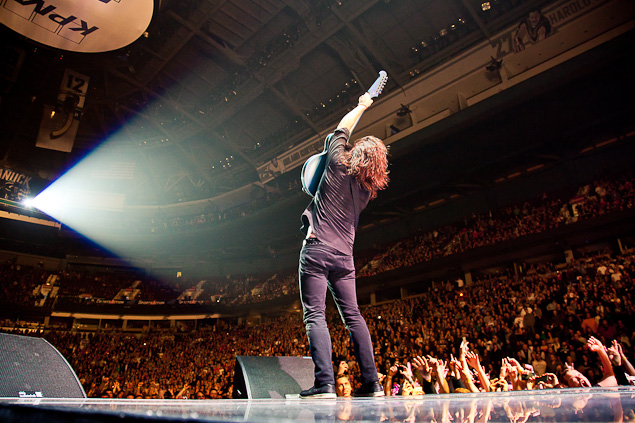 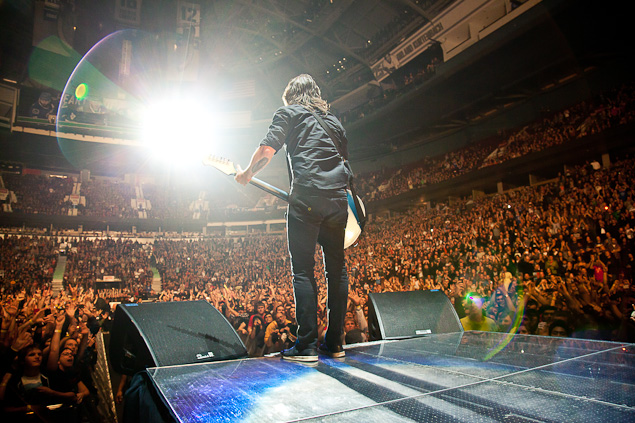 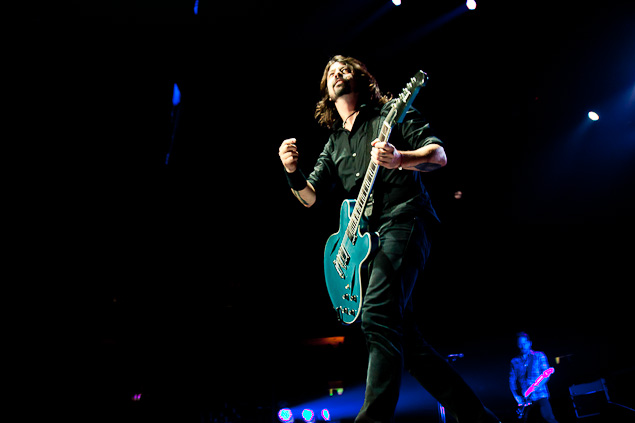 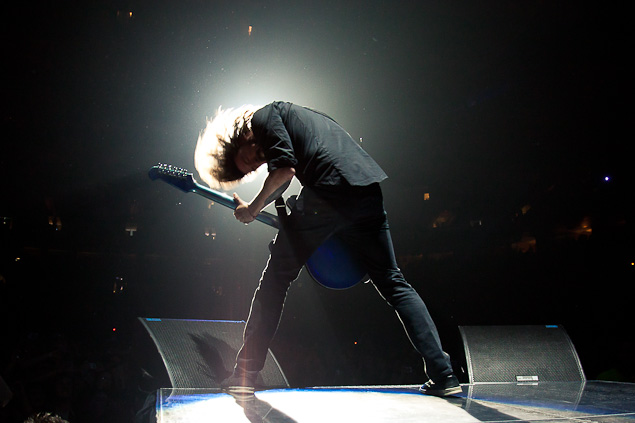 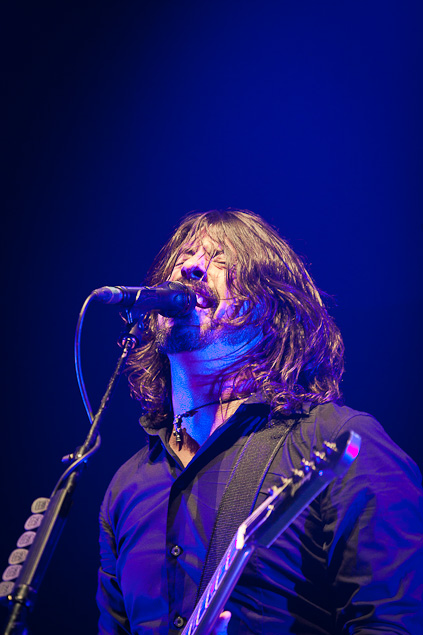 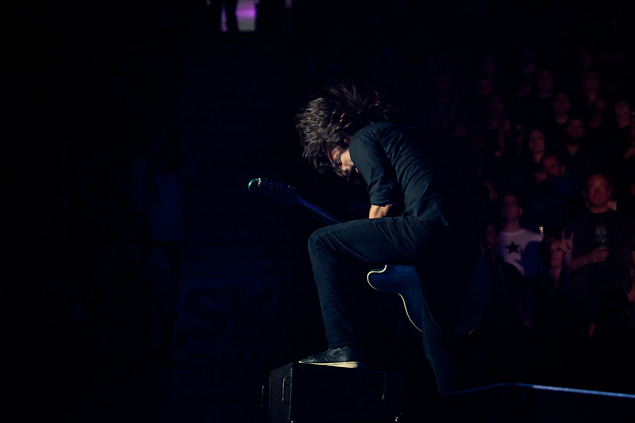 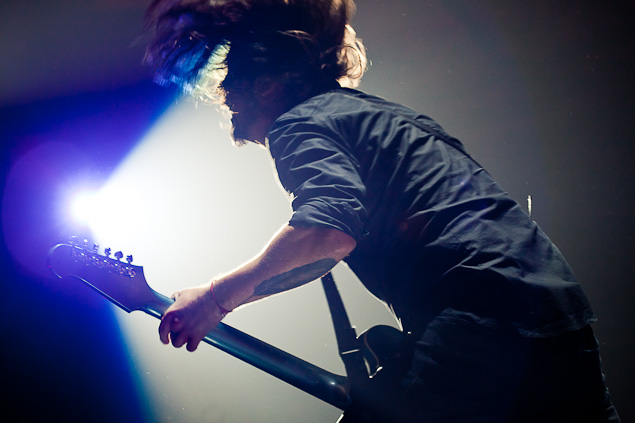 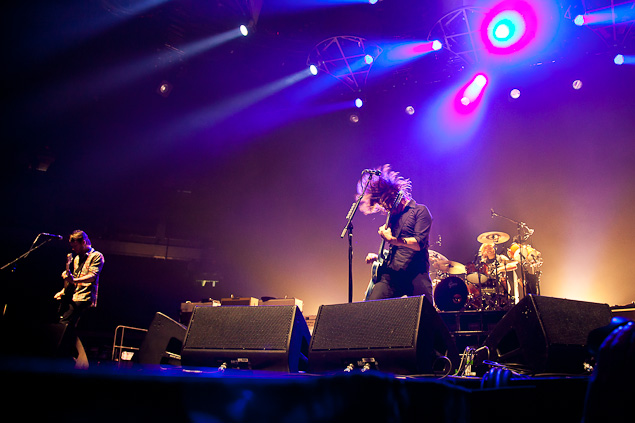