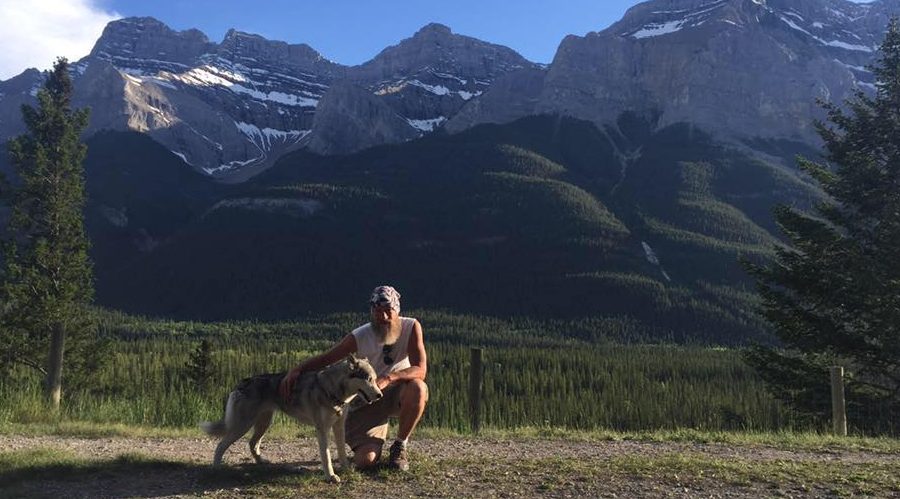 Bret Mavriik has been walking non-stop for 10 months. He started his journey in September of last year at the CN Tower in Toronto and he just recently arrived in Vancouver on his way to his final destination, Whistler. All of it is in the name of raising awareness for children’s mental health.

Speaking to Daily Hive from his camp setup under a bridge in Horseshoe Bay, Mavriik says the 5,500 km journey stemmed from frustration he felt about the lack of support children have who are burdened with mental health issues.

The walk itself has a symbolic meaning, says Mavriik – the struggle of having to physically walk across Canada while pushing 200 pounds worth of equipment on a jogging stroller is supposed to depict the struggles some children face with mental health.

Mavriik has been travelling with his Siberian Husky, Nymeria, throughout the whole journey. The pair have made it through a harrowing winter in Ontario, through the prairies, and arrived in the Rockies by spring. All along the way, Mavriik has been talking to people and families who have dealt with mental health issues. 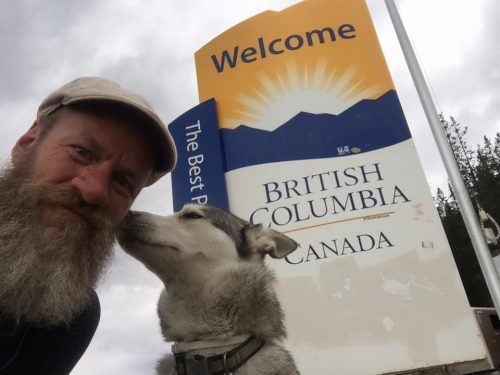 “I’ve talked to hundreds of people, dozens of police and EMS and everything, because I wanted to find out firsthand – you get these reports where people say stuff and that’s not how it is. I wanted to get out and find what’s going on, what the people thought, what was needed, what was available around different areas, and just the situation around the culture and how the living is,” he says.

“Not to use a boring cliché, but I’m out here walking the walk. When I start to talk, people may not like what I have to say, but at least I’ve done my research.”

While Mavriik isn’t raising money for any organizations, his aim is to create a conversation on what he believes is a system that’s failing Canadian children.

“I see a lot of kids out there and they’re bright, they’re brilliant kids, but the system isn’t set up for them,” he says. “We’re still teaching our kids off of what our grandparents learned how things should be.”

Mavriik’s journey will end at the Pan Pacific Hotel in Whistler with an event on August 6 to celebrate his achievements, although he plans to arrive on August 3 – his birthday. He says knowing the walk will soon end is surreal.

“It’s been going on for so long – even though I know it’s at the end, it’s not sinking in.”

Once he’s in Whistler, he will climb to the top of either Whistler or Blackcomb, where he will place some mementos from families of children who committed suicide that he collected during his walk.

Mavriik adds he’s planning on writing a book about his experience.