Outdoor enthusiasts might see an unusual looking new boat on the water this summer. The Oru Kayak uses a brilliantly innovative, origami-inspired design to transform from a compact box into an elegant, high-performance 12 foot boat. The creative team behind the San Francisco based startup will be holding an on-the-water demo at Kitsilano Beach in Vancouver on Friday, June 27th from 5pm to 8pm. The event is open to the public and attendees will be able to test paddle the Oru Kayak.

Company founder Anton Willis described Vancouver as the ideal environment for the Oru Kayak. “The inspiration behind the Oru Kayak is to enable urban, apartment dwellers to have a kayak that is easily storable and transportable. We noticed very early on that a lot of sales and interest came from the Vancouver area, so we are excited to hold our first Canadian event at Kits Beach.”

While it was originally conceived as an easily storable kayak for people living in small apartments, the applications for a folding boat are practically endless. The Oru Kayak can be packed out of the way in a coat closet, stowed below deck on a sailboat for quick trips to shore, or kept in a car trunk for spur of the moment paddles.  Paddlers can hike it through backcountry to remote waters, or check it as luggage on a commercial flight— aided by its incredible 26 pound weight as well as compact size. 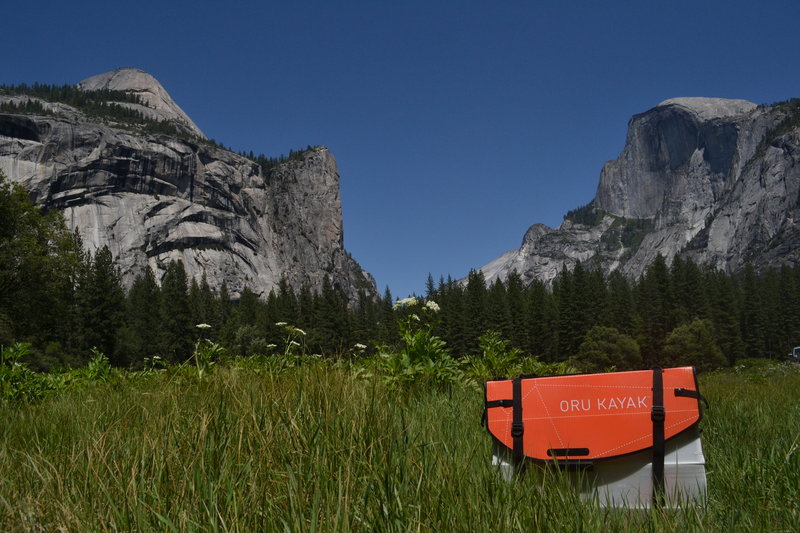 Beyond the functionality of its engineering, the Oru Kayak stands apart for its superb on the water performance, easy assembly, and stylish design. Unlike most other collapsible boats, the Oru Kayak features a rigid hull that enables smooth, stable handling in a wide range of water conditions. The simple, yet ingenious folding pattern requires very few loose parts and makes assembly fast and intuitive. And the Oru Kayak has won widespread praise for its graceful, distinctive look— it’s even been shown at the San Francisco Museum of Modern Art.

Called, “elegant, even romantic….and freeing,” by the Wall Street Journal, and lauded for its ability to, “compete with standard kayaks in terms of comfort and handling,” by Men’s Journal, the Oru Kayak offers a combination of utility, aesthetics, and performance unique to its product category. And the paddling community has taken notice – the Oru Kayak took home top honors at the world’s largest outdoor trade show, ISPO Munich 2014, and won OutsideMagazine’s Best in Show at the 2013 Outdoor Retailer trade show in Utah.

Willis, an architect and product designer by trade, dreamed up the Oru Kayak out of a combination of necessity and unexpected inspiration. “When I moved into a tiny apartment in San Francisco and had to put my kayak in storage, it got me thinking….what if you could make a boat out of origami? What if you could take a boat with you everywhere you wanted to go?”

Designed and prototyped in a California garage, the Oru Kayak launched successfully on the crowdfunding platform Kickstarter in November 2012. Faced with the challenge of rapidly scaling up production to meet demand, Willis set up shop in San Francisco and partnered with American manufacturers. The company grew swiftly in size and prominence – Oru Kayak now employs a full time staff of over 10 and boasts several high profile media appearances, most recently on ABC’s hit show, Shark Tank.

The design and engineering of the Oru Kayak are both ingenious and simple: it is made from a single, seamless sheet of double-layered, recyclable plastic. A patented pattern of folds transforms the flat sheet into sleek, fast, minimalist watercraft. Packed up, the Oru Kayak is the size of a large artist’s portfolio. Five minutes of assembly later, it is a strong, durable boat – ideal for exploring bays, lakes, or rivers.

Oru Kayaks are designed and manufactured in California, and have been shipped to dozens of countries across five continents – Europe, Australia, Asia and the Americas. The Oru Kayak is available at www.OruKayak.com ($1195 US).