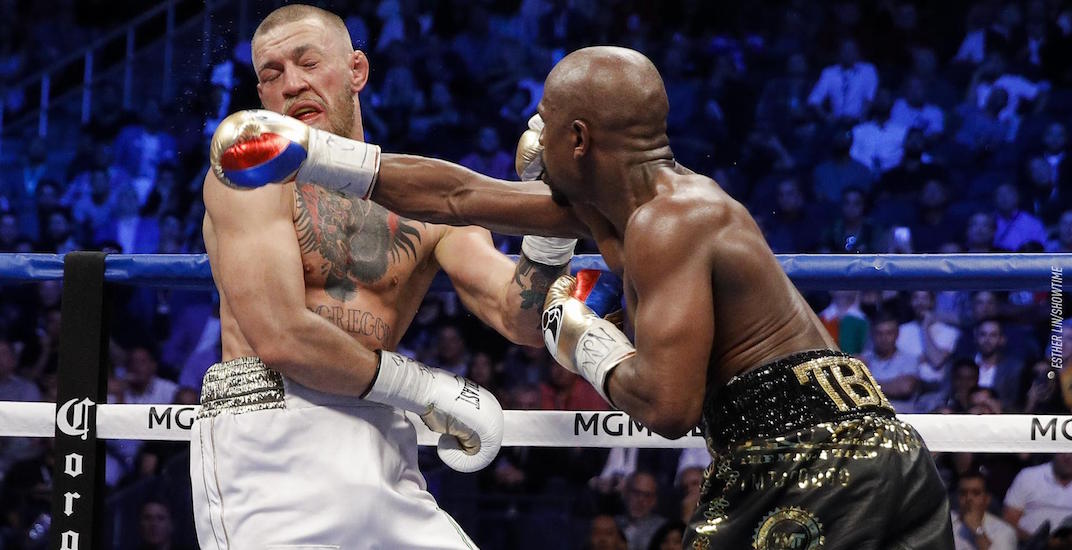 It would have been impossible for anything to live up to the hype for this fight, but this one was fun.

In his first professional boxing match of his career, Conor McGregor was the heavy underdog coming into the most hyped up boxing match ever.

Floyd Mayweather, despite coming out of retirement at the age of 40, had every reason to be confident. He was 49-0, and this was his sport.

In the end, the boxer won at his own sport, in his hometown of Las Vegas. Mayweather won by way of technical knockout in the 10th round.

But McGregor, a champion in the sport of mixed martial arts, did not embarrass himself.

“He’s a lot better than I thought he was,” Mayweather said.

McGregor surprised everyone early on, taking it to the American. He was the aggressor, but he tired himself out.

Mayweather: That was our game plan. Let him throw the heavy shots early and then tire him out.

As the match went on, Mayweather’s endurance became apparent. As McGregor tired, he began to wobble, and the boxer took advantage.

And yes, this was Mayweather’s swan song.

“Tonight was my last fight, for sure,” Mayweather said, adding that he wanted to make up for his fight against Manny Pacquiao.

Certainly, this fight was a lot more entertaining.

“He’s a lot better than I thought he was.” #Mayweather on #McGregor #MayweatherMcGregor pic.twitter.com/6lhKYWB4yu