There were a lot of things to like about Floyd Collins, but the singing wasn’t one of them. And for a musical, that’s a pretty important part of the chain.

The set was absolutely breathtaking. Custom built for the intimate York Theatre stage, it was a bunch of interlocking pieces and levels that conveyed the deep, dark, claustrophobic cave where Floyd is trapped. The actors played within the space, transforming the relatively flat plane into different layers of the play. 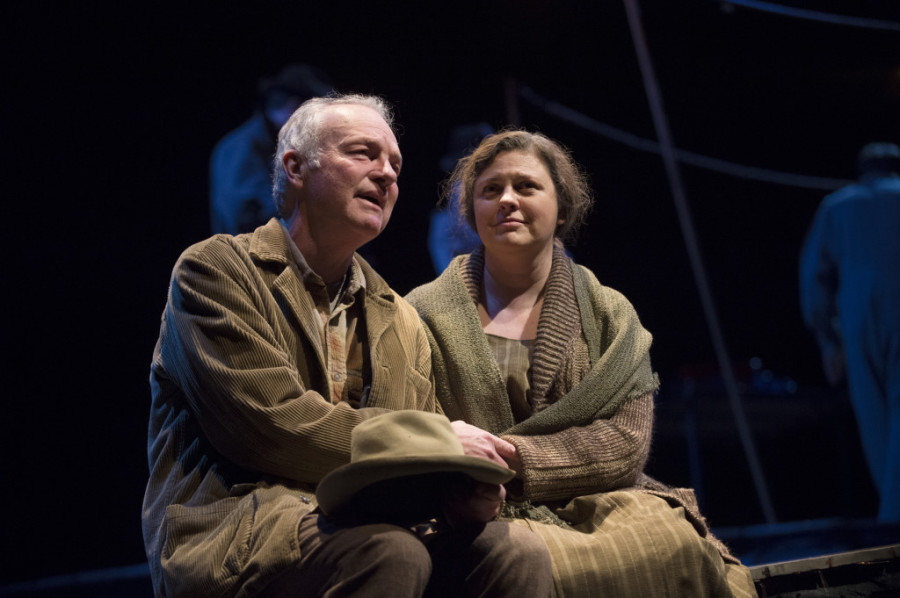 The story was a powerful draw on its own. Floyd Collins is based on a true event:

The riveting musical is based on the true story of an American explorer and entrepreneur who, in his search for the ultimate tourist attraction, became a short-lived media attraction himself. The production’s profoundly moving score is tinged with American Bluegrass to tell a powerful story of greed, glory, family, and faith.

The band was incredible. They fed everything about that era and Floyd’s story into the music, and especially exciting was the inclusion of acoustic guitars and other blues and jazz instruments. 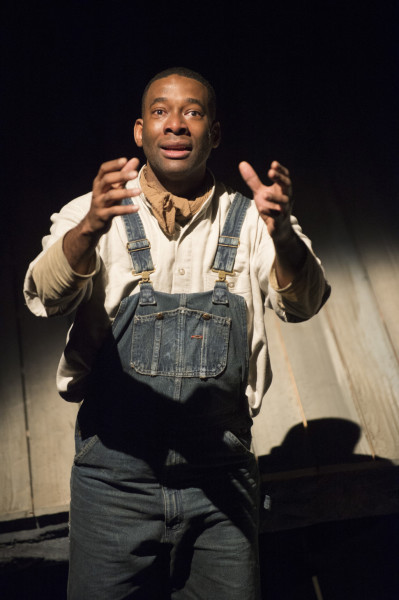 For lead Daren Herbert, pitch was out the window on opening night. Daren otherwise exhibited great nuances in a very demanding role. You try lying down in a cramped alcove for most of the night and see how far you get.

Composer Adam Guettel’s score is not as straightforward as musicals go, with actors carrying the melody frequently in counterpoint to the orchestra. But it was opening night, so I expect the parts will start to resonate with each other as the run continues.

The real reason why this production of Floyd Collins won’t rise above the medium was because the tone fails to invoke the soulful, jazzy era of Roaring Twenties. You either have soul or you don’t, and most of the actors interpreted the songs too directly as showtunes. While the singing was technically good, it was disconnected from the the band, the acting, and the overall story. I got a glimpse of how this music is supposed to be sung when Nathan Carroll took to the stage with a lone guitar and started on the show’s main theme, The Ballad of Floyd Collins. I wish there had been more of those moments.

Floyd Collins was a balanced combination of things that worked and things that need improvement. Go for the glorious set, the amazing band, and the haunting story. Just don’t take the singing and authenticity too seriously.