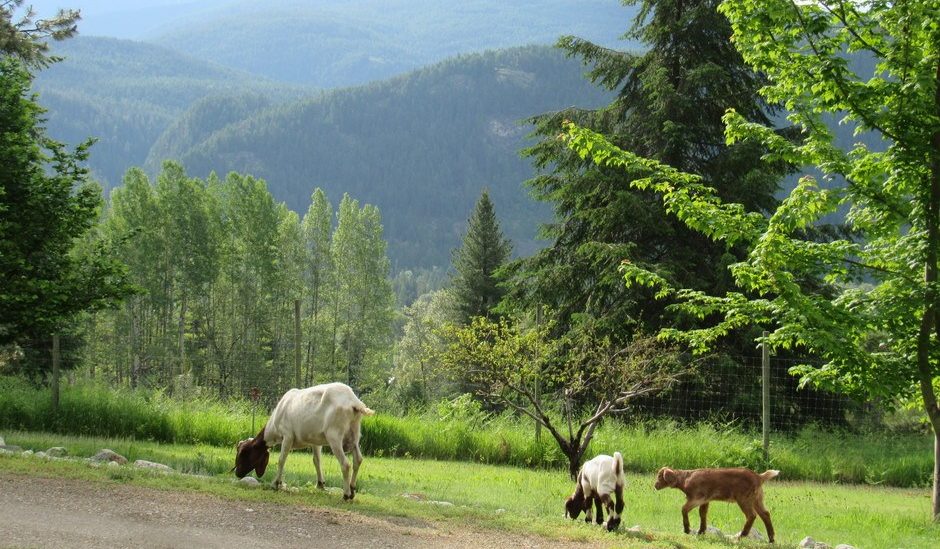 For Ernest and Patricia Smuga, caring for farm animals isn’t just a job, it is a dream come true.

Wanting to provide a safe haven for abandoned and abused animals “that would otherwise have ended up slaughtered or left to die,” the couple opened Cici Life Farm Sanctuary last year.

Initially starting with eight animals, the non-profit farm in Winlaw, BC, has been inundated with new arrivals and now cares for a whopping 43 lives.  Some are owner surrenders and others come from commercial farms or were “rescued from bad circumstances,” says Patricia. 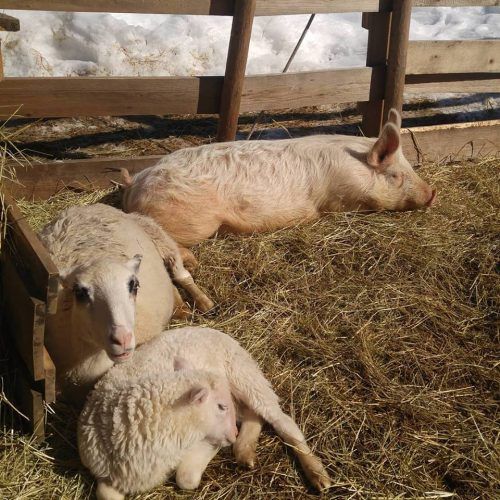 Some of the brood at Cici Life Farm Sanctuary. (courtesy Patricia Smuga)

And you know what they say, if you build it they will come. The growing brood includes 14 chickens, two ducks, four dogs, two cows, seven sheep, two lambs, three goats, three hogs, three pot belly pigs, and a horse. It is also a place where anyone can come to connect with animals, learn more about these unique beings and be inspired to “extend their circle of compassion.”

Each animal has a distinct personality. Austin, their horse, instantly bonded with Penelope the pig, and the unlikely best friends spend their days together foraging in the forest, sleeping under trees, and even sharing their meals. Some, like the cows and pot belly pigs, are extremely social and love attention, while the sheep are more cautious and will only come close to those they know well. The animals here, many that would otherwise be destined for a dinner plate, are truly living the dream. 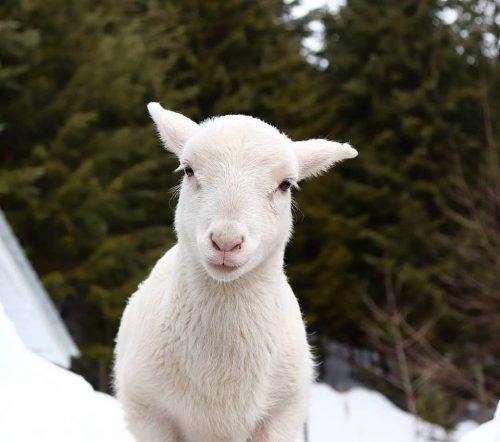 But now the family-run sanctuary has a very big problem. It is appealing to the public for help as it deals with widespread flooding on the three-acre property that has caused thousands of dollars in damage.

As the four feet of snow surrounding their farm in the BC Rockies melted and the mountain creek overflowed, the water streamed into their property – into their barns and other structures that house the animals. The results have been catastrophic. The barns are less than six months old. 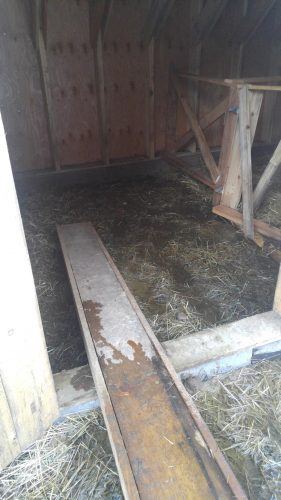 “We didn’t realize when we built it in the fall that this would be the exact spot where the flooding would happen and it created a huge stream right through the middle of the barn,” says Patricia.

The meltwaters have made the barn and other enclosures uninhabitable. Taking emergency measures, Patricia and Ernest scrambled to get the brood into drier conditions until they can repair and rebuild. A huge tarp has been erected and some of the animals, including the pot belly pigs, are now under the deck of their house. 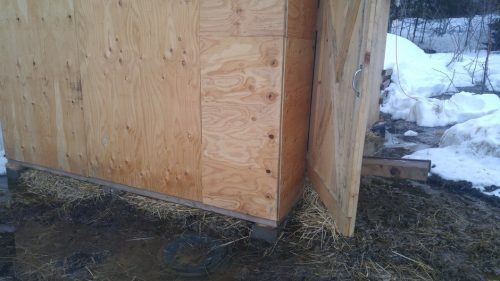 The basement of their home, which Patricia describes as a “fixer-upper,” became a house for the two bull calves they rescued in the summer. A few of the pigs and one of the lambs are being housed in the family home as well.

The sanctuary can’t continue in this condition, and the flooding has put its future in jeopardy. It has now turned to crowdfunding to raise the estimated $10,000 it needs to rebuild safe and stable enclosures. The money will be used for materials to build two barns for the larger animals and three enclosures for the pigs that are currently under the porch.

“We desperately and urgently need to rebuild,” says Patricia. 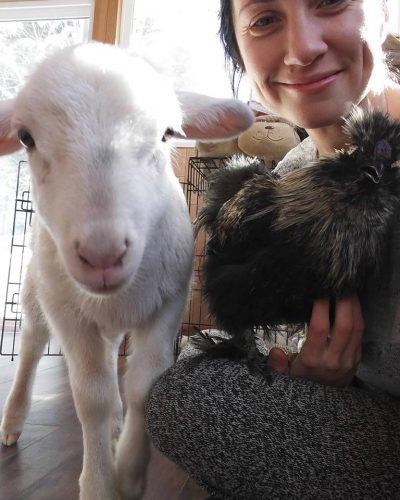 Once the repairs are complete, Patricia and Ernest want to focus on the future of growing the sanctuary. They would love to see it become a huge community centre run by volunteers as a place for animals to have a permanent home where the creatures can connect with people from the region.

“Although this is our personal dream, I believe we all share the same values and love towards animals and towards spreading compassion. Dreams like these can only be built through the love and generosity of a community,” says Patricia.

Here’s a look at some of Cici Life’s current residents. 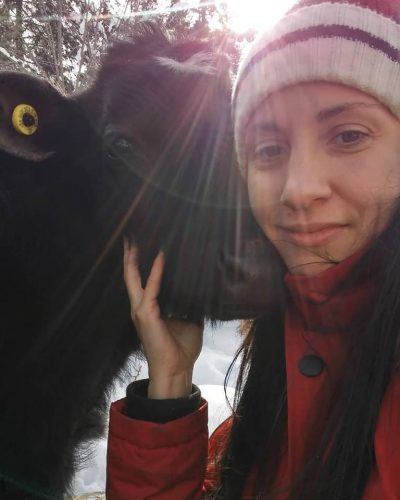 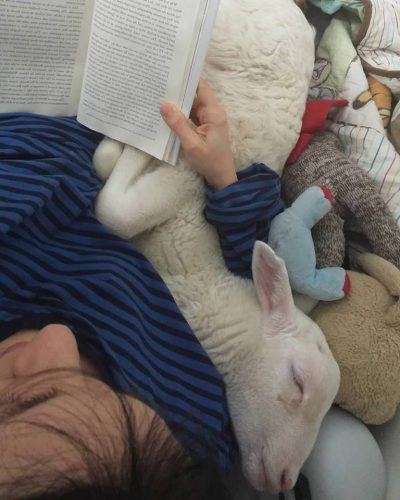 A lamb having a snuggle. (courtesy Patricia Smuga) 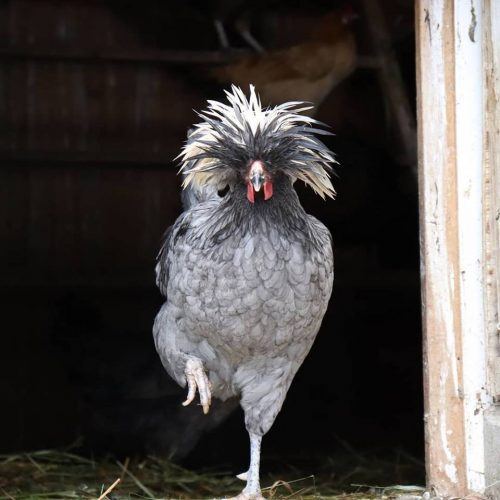 Flash, the “King of the coop” at Cici Life Farm Sanctuary.(courtesy Patricia Smuga) 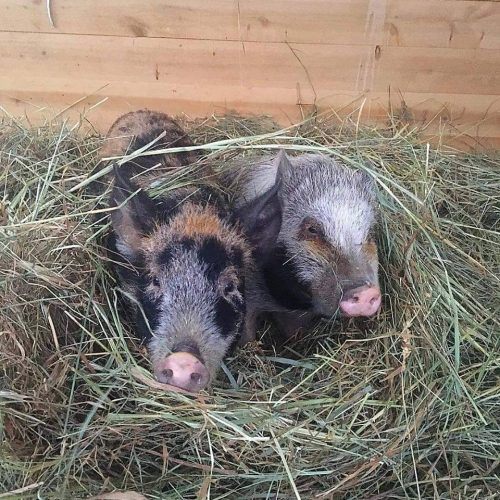 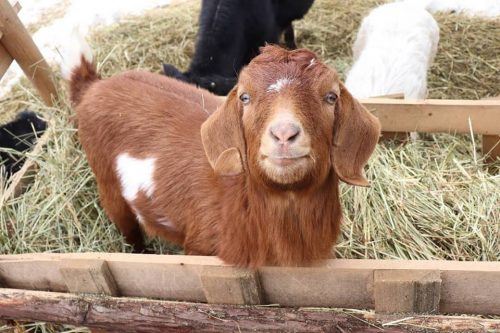 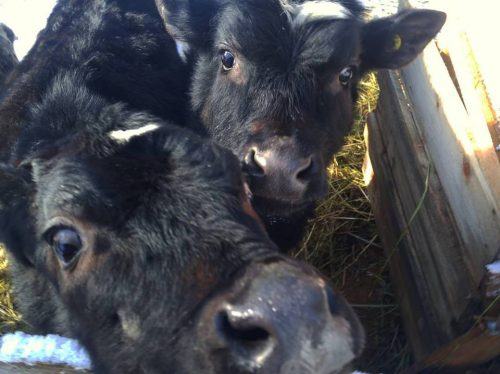 The two “big babies” that temporarily stayed in the basement of the house. (courtesy Patricia Smuga) 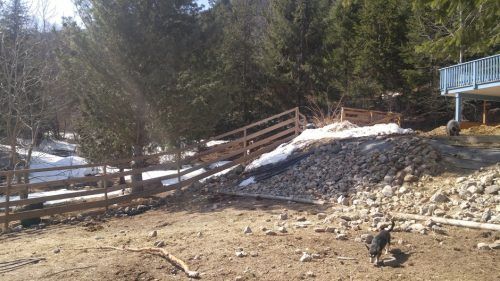 The Cici Life Farm Sanctuary in the B.C. Rockies.