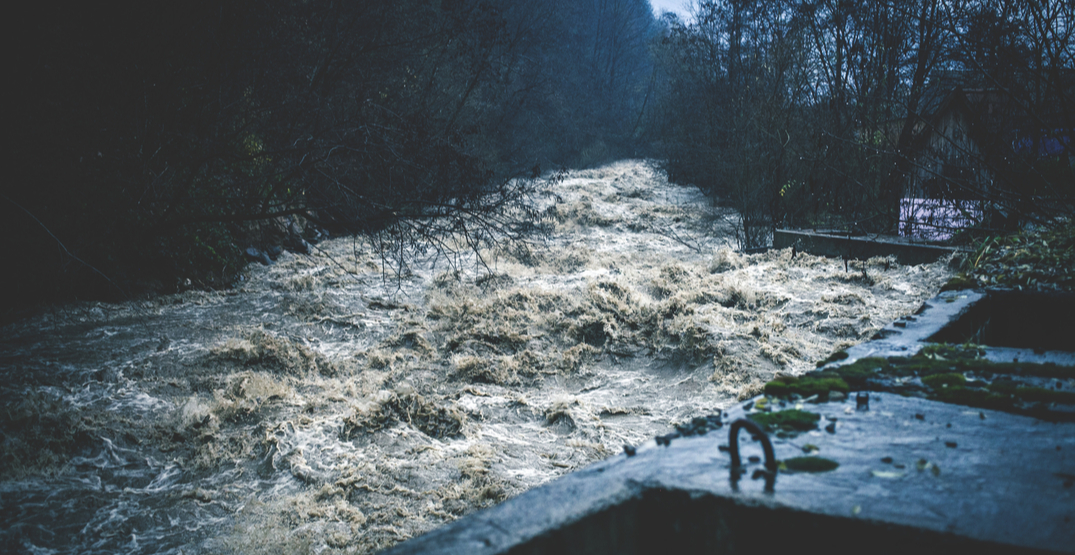 With the rainfall warning in full effect, a flood watch has now been issued for Metro Vancouver and the North Shore.

According to the BC River Forecast Centre, “rivers are expected to rise through Friday and into Saturday in response to this rainfall.”

The most impacted regions will be the North Shore and Metro Vancouver.

“It is expected that rivers will reach or exceed 5-year flows, including the Coquitlam River and Alouette River,” said the BC River Forecast Centre.

“While some snowmelt is expected during this event, snowpack at higher elevations is deep enough that it will provide some absorption of the added rainfall and buffer the impact of the rainfall on runoff.”

The public is advised to stay clear of fast-flowing rivers and riverbanks during the high-river-level period.