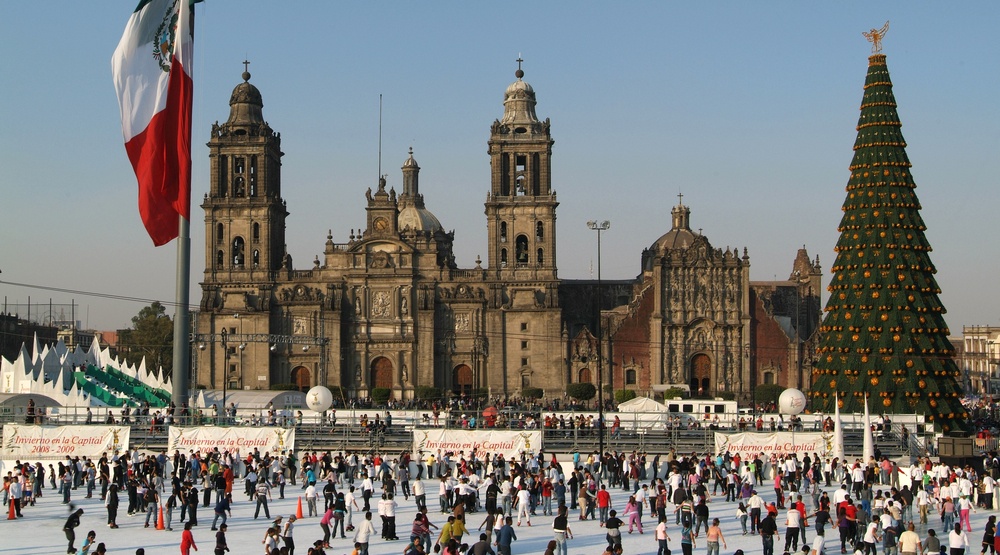 Vancouver’s connection to Mexico will be strengthened late this fall with the addition of six new weekly flights to Mexico City.

Beginning on December 1, Mexican national airline Aeromexico will fly 20 weekly flights from Vancouver International Airpot (YVR) to the Mexican capital’s Benito Juarez International Airport (MEX) – up from the existing 14 flights, representing an 85% increase in the airline’s capacity to Canada’s second largest airport. This means there will be 3,200 seats between the two cities each week.

Aeromexico first launched a daily service in December 2015 using a 124-seat Boeing 737-700, then later upgrading the aircraft to a 160-seat Boeing 737-800 due to high demand. Each flight is approximately 5 hours 30 minutes in duration.

The current flights from YVR leave at 6 pm and arrive at MEX at 10:05 pm while return flights from MEX depart at 11:20 pm and land at YVR at 7 am the next day.

Demand on the route, which is already high, is expected to soar after the Canadian federal government’s recent decision to eliminate visa restrictions for Mexican nationals. Vancouver recorded 87,000 overnight visitors from Mexico in 2015, and this will increase to 131,000 annually by 2018.

“Canada’s recent announcement to drop visa requirements for Mexicans, and Aeromexico’s interest in responding to the needs of our customers encouraged us to add the new flights to further consolidate the airline’s presence in this North American country,” said Jorge Goytortua, Corporate Sales Director of Aeromexico, in a statement.

The increase in service also provides British Columbians with more connection options from MEX to other Mexican, Caribbean, Central American, and South American destinations. All of the new flights are timed to provide passengers with quick and convenient connections to other Latin and South American flights.

“We know that Mexicans enjoy traveling to Vancouver, and Canadians are also enticed by the warm weather of Mexico’s beach destinations and its charming colonial cities, which is why we decided to offer our Canadian passengers greater connectivity options to our extensive route network spanning 45 cities across Mexico,” continued Goytortua.

The Vancouver Airport Authority’s ConnectYVR strategic program of cutting airline landing and gate charges over a five-year period is also credited for YVR’s recent success in landing a number of new major routes.