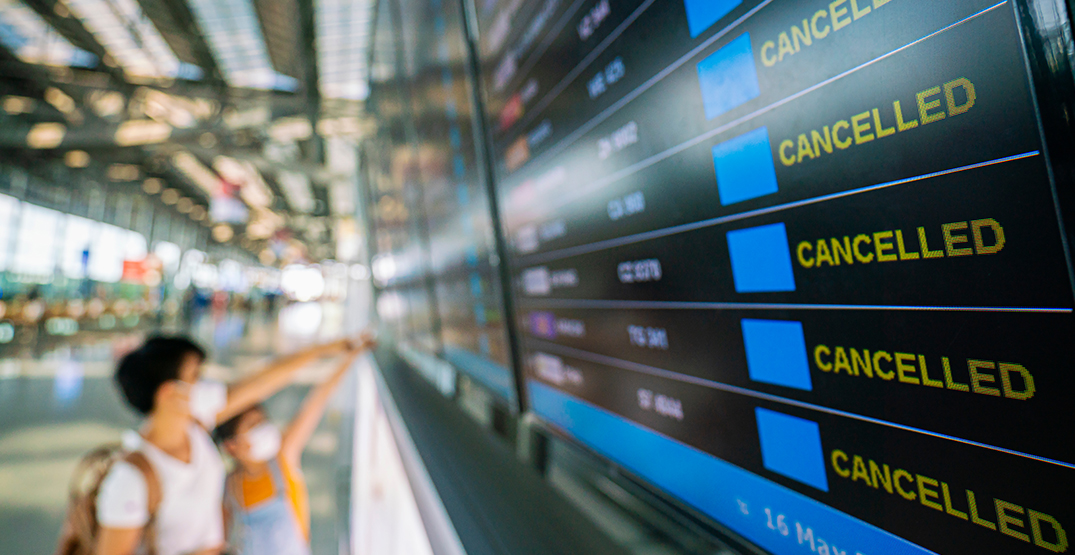 Has your flight been delayed or cancelled in the past few weeks? You’re definitely not alone.

An online tool that tracks flight delays and cancellations has the receipts.

DataWazo has compiled data from airports across the country showing the frustrating stats.

It currently has data from Wednesday, June 22 to Tuesday, June 28, and the numbers are disheartening to say the least.

Across the board — from Vancouver, to Calgary and Edmonton, to Toronto and Montreal — nearly half of domestic flights have been delayed.

You can hone in on a city by clicking the departure city drop down menu.

Here are the specific domestic flight stats for each city as of June 28:

The tracker also shows which airlines are the main perpetrators of delays and cancellations, and by how many minutes they were behind schedule. 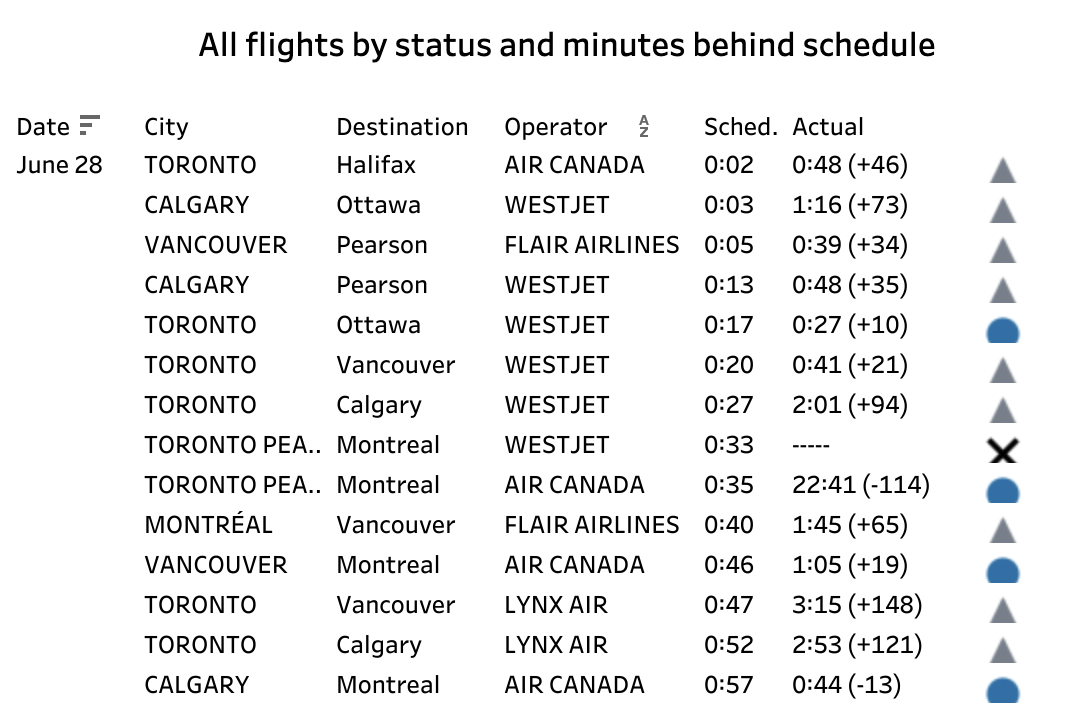 Long wait times and delays at Canadian airports have become the norm since COVID-19 public health measures have eased and travel has restarted.

On Tuesday, Toronto Pearson’s baggage claim was a nightmare, overrun with lost and forgotten items.

The federal government recently announced new rules that are coming to help Canadians with cancelled and delayed flights.

Airlines will be required to provide passengers with either a refund or rebooking, at the passenger’s choice, when there is a flight cancellation, or a lengthy delay, due to a situation outside the airline’s control that prevents it from ensuring that passengers complete their itinerary within a reasonable time.