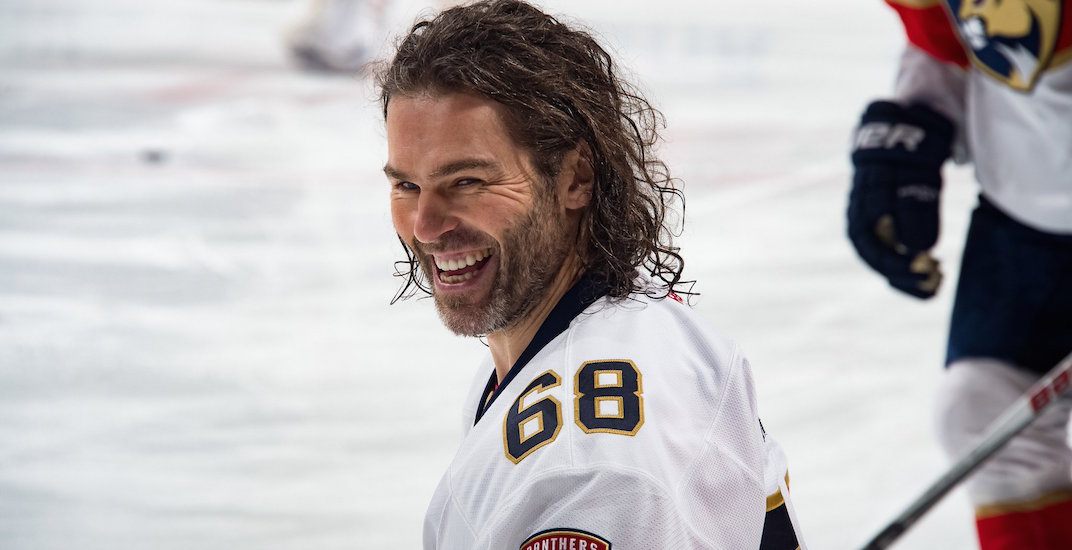 Jaromir Jagr is on his way to Calgary.

Jagr is done to CAL. $1M+$1M in bonuses. I think it might not be announced until he gets to the city, but there is a commitment.

The living legend finally has a destination as Sportsnet’s Elliotte Friedman is reporting that the deal is done, and the Flames will sign the future Hall of Famer to a one-year, $1 million contract that contains an extra $1 million in attainable bonuses.

Despite scoring 46 points in 82 games last season, the 45-year-old had trouble getting an NHL contract this summer. It should serve as extra motivation for the league’s second all-time leading scorer.

Despite his advanced age, Jagr should make the Flames better. He won’t be counted on to lead the team, but should provide a boost to their third line.

The power play might be where Jagr – who has slowed down in recent years – should help the most.

Jagr is just 56 games away from Gordie Howe’s all-time games played record. This will be Jagr’s ninth NHL team, and the first time playing in Canada. The Czech winger has played for the Penguins, Capitals, Rangers, Flyers, Stars, Bruins, Devils, and Panthers in his career.