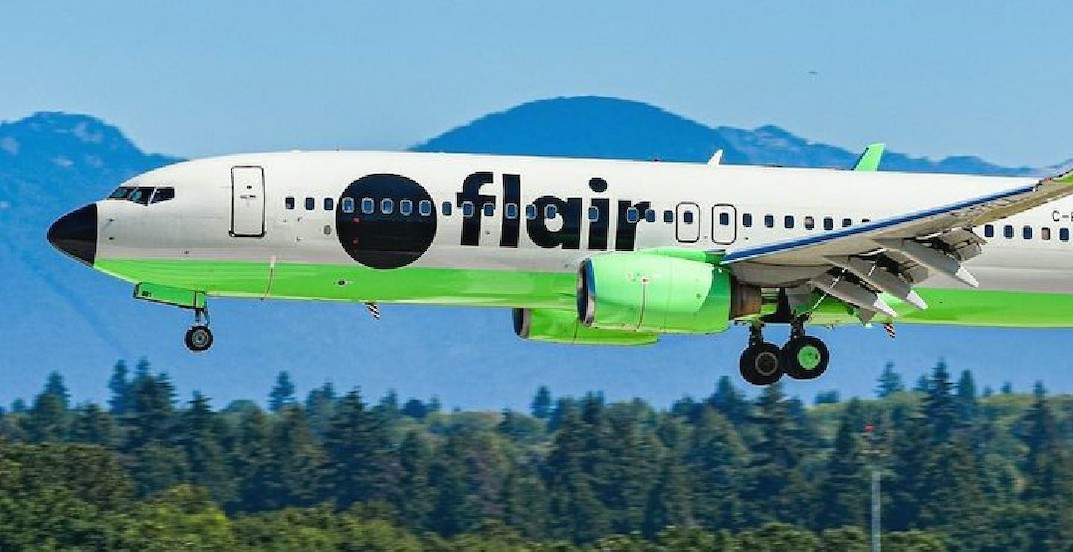 Start planning your next vacation! Flair Airlines is having a wild 55% off sale, with flights starting at $15. Can you believe?!?

The “WTF” sale applies to base fare on flights on select dates between March 29 and June 23. Do a little spring getaway, you deserve it!

The low-cost airline, based in Edmonton, Alberta, has some seriously affordable options for travel within Canada and international destinations. Let’s check some out.

Some of the cheapest one-way options include Thunder Bay to Toronto for just $25. With the “SAVE55” discount applied, that brings the cost of the $25 flight down to just $15.68. How can you not take a trip when the flights are affordable?

Other low-cost flights include Victoria to Calgary for just $29, or Edmonton to Victoria for just $25. Deals, deals, and more deals! 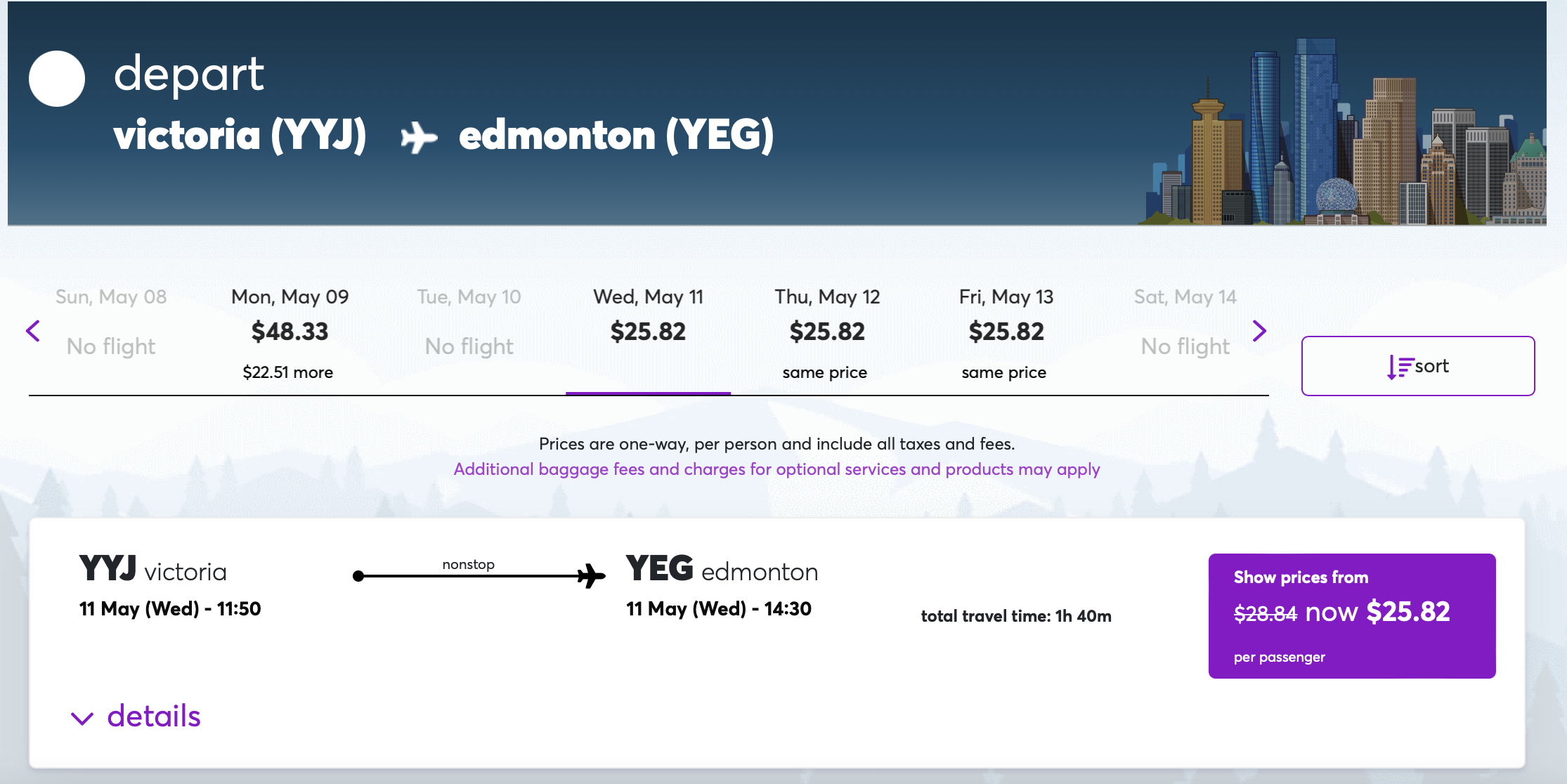 Flights from Vancouver to Calgary are a steal as well at just $36, flights from Kitchener Waterloo to Saint John are $29 and Kelowna to Vancouver is just $39. 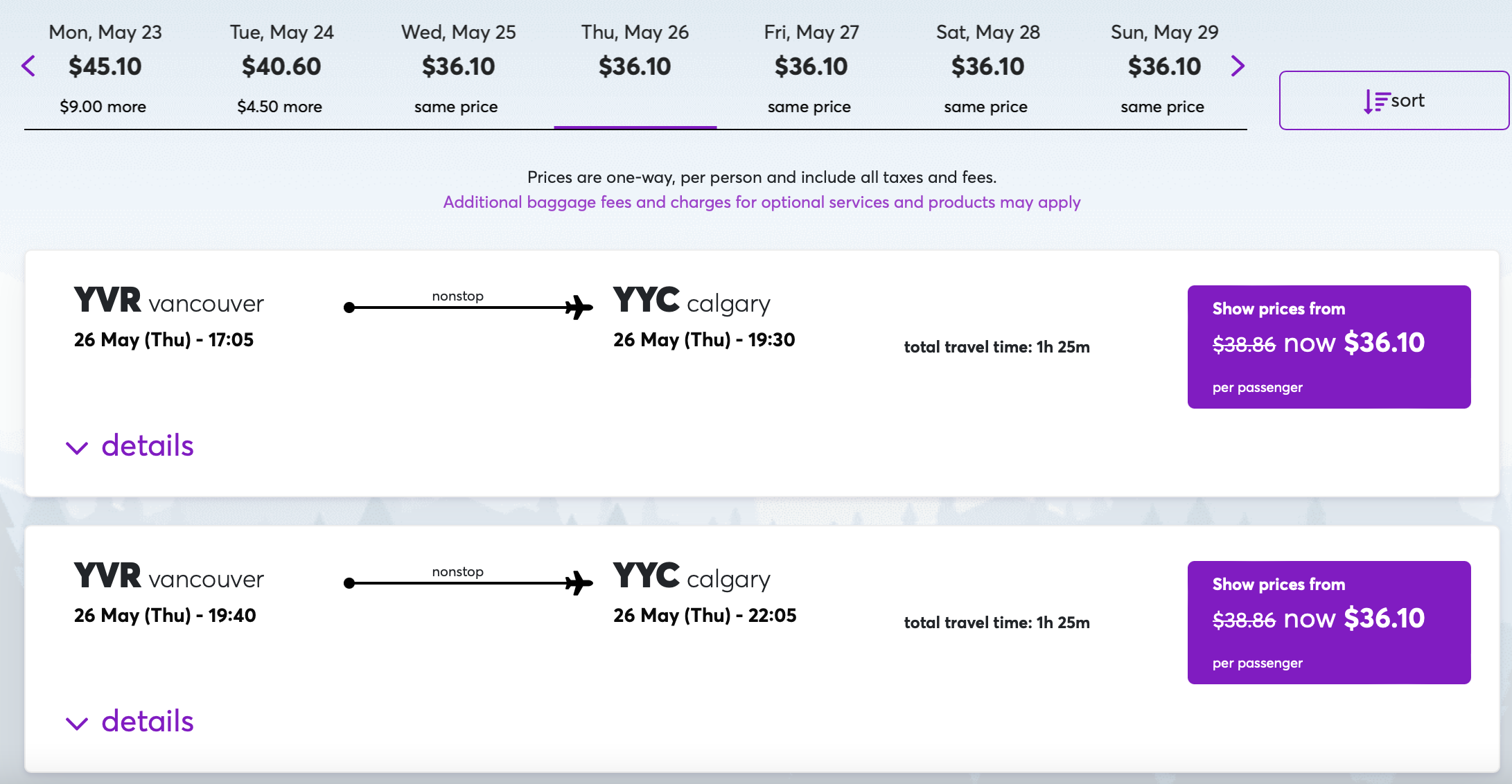 Keep in mind that the discount only applies to the base bundle, which allows only a single personal item of up to seven kg.

For an additional fee, you could purchase the basic bundle which includes a carry-on bag and a checked bag.

There’s also the big bundle, which also includes priority boarding and allows you to modify and cancel your flight for free. But with flight prices as low as they are, spending a little extra on bags isn’t the worst thing in the world.

Flair is also touting some new routes that start as early as the end of this month, including flights from Toronto to Nashville and Denver, flights to gorgeous San Francisco from Edmonton and Vancouver, and flights to Comox from Calgary and Edmonton.

All we are saying is with flight deals like these, you might as well sneak in a couple of spring trips. After a couple of years of uncertainty with travel, it’s time to get out and explore again.

You can learn more about the huge sale Flair is doing and book here.