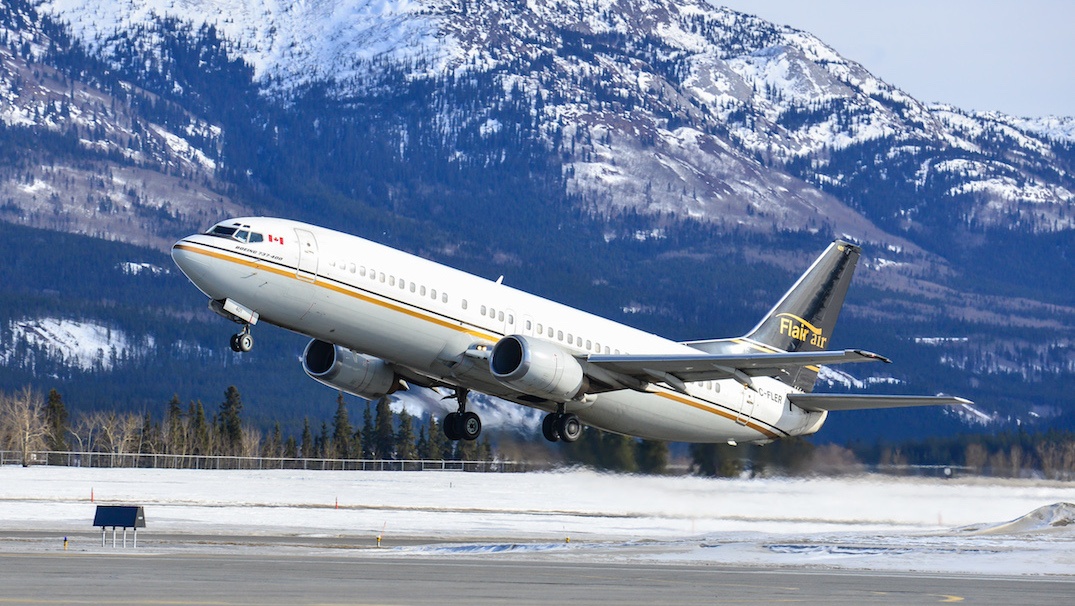 “The addition of these three airports directly extends our reach into some of Canada’s larger and more popular destinations. Flair is thrilled to expand and bring with us our low fares and welcome new passengers,” said Chris Lapointe, Vice President Commercial Operations, in a statement.

Flair Airlines, which is based in Kelowna, BC, purchased NewLeaf Travel Company’s assets earlier this summer. NewLeaf had been selling ultra-low airfares in Canada since the summer of 2016.

According to the airline, tickets are now on sale for flights beginning on December 15 to the new airports. Additionally, travellers will now be able to book their flights right through to the end of 2018. Edmonton International Airport will be Flair’s main transfer hub.

A such, one way flights between Toronto and Vancouver will start at $249 with tax and include a quick stop in Edmonton (you don’t have to get off the plane).

“This is just the beginning of many more announcements such as this,” said Lapointe. “We are adding more aircraft and as we do, our network will grow significantly.”

Please note flights are not yet bookable online at the time of publication, but will be available in the coming days.