When someone asks, “have you read this?” it’s usually because they want you to. A book is an investment of your time, and it’s always nice when someone else can give you a heads up on whether to pursue or avoid. Here, I am giving you a list of books that I have read over the past couple of months that have taken up my time, but don’t necessarily have to take up yours.

I’ll come right out and be the first to admit, a couple of these I struggled with because they were slow at times, convoluted and pointless. One of them enraged me to the point where I quite literally did something I have never done before with a book…

I SKIPPED PARAGRAPHS! It’s true. Not just skimmed, no no, I flipped through massive chunks of words because I did not care enough. If only I had skipped to the end (I considered it) I would have discovered that the author was just as confused as I about the initial direction of this novel.

“I had a terrible time starting this story. A year’s worth of promising beginnings fizzled into false starts. I had a waiting readership, a book contract, and a deadline…but no story.”

So, it appears to be a situation of:

Publisher: We’re going to need another book from you.
Author: But I have no ideas right now…
Publisher: TOO BAD RAWR WRITE! BOOK!

Then the author proceeded to take every idea he ever had that never came to fruition, and like a bunch of half-eaten, bruised bananas, he mushed them all together to form a clumpy pile of literary crap.

Basically, he took Columbine, abortions, murder, infidelity, boring chunks of history and violence, yadda yadda, smeared it on the page and, yet, left no trace of real attachment to any of the characters, no motive, no reason for being and, the worst of it all, excruciatingly boring letters documenting “the past” of one of the characters that spanned across pages – but really contributed nothing to the deflated storyline.

Ta-da! Here is the culprit. Go suck on a veal cutlet, Mr. Lamb. This book was as bland as cardboard covered in ketchup. If you need more convincing, reread above. AVOID.

Smart, sexy, comical. A strange story that kind of leaves you debating whether or not you should believe it, if there were holes that needed filling or if what was happening was totally acceptable. But, even the fact that a book can make one wrestle with those options means it’s doing something right.

Daniel Radcliff, why do you have to be on the cover (I’m not one for walking around promoting a movie on my cover) and why did Rottentomatoes.com give the movie such crummy reviews?

Regardless, this book gets you rooting for the devil and the whole “tree house” in the sky business is original and enchanting. I would have almost liked to see Joe Hill take it even farther into Chuck Palahniuk territory and work in some more sin and casual vulgarity. After all, this is a man accepting that he is becoming the devil. Imagine all the things you could get away with saying. Although not a groundbreaking read by any means, I say this book is still worth a read.

If I were to take the amount of time it took me to read this book and squished it all together, I would get about four hours.

The book is simple. Just like that sentence. But then it makes you think. Like the next ones will.

It was around page 137 that I really grasped the characters, and that was when the brain and the mind were explained, or discussed rather, in a way that they were having a conversation with one another, deliberating whether one thing was right or wrong, a tiger or a bureau.

There is a thought, and then there is thinking about thoughts, which don’t feel the same.

Mental illness seems to be a communication problem between interpreter one (the mind) and interpreter two (the brain).

Then all the dendrites and neurons and serotonin levels and interpreters collect themselves and trot over to the corner.

It was upon reading this, and then proceeding to delve even further into the explanation, that I felt something so complicated was suddenly unfolding before me through the eyes of a young woman soon to be set free into the world, and questioning who is really crazy, the ones who admit they are or the ones pretending not to be?

Based on the true story of Gary Gilmore, who in the summer of 1979 robbed two men and then shot them in cold blood.

But it was what transpired next that would enthral the nation in a gruesome debate.

You see, Gary Gilmore also wanted to die, and fought for his right to be executed on Death Row. This battle between law, land (Amurica) and man, would entice the media and turn Gilmore into a world-wide celebrity.

Some parts of this story lagged, the legal blah-blah and a little too much focus on the possible movie deal, but I can’t help remain fascinated by how much went on behind the scenes in terms of the truth and politics regarding what made it to print and the big screen.

How much more goes on that we do not see? Well, we all know the answer to that.

I would say that if you like true crime, and don’t mind investing some serious time into getting through this, it’s worth a read.

There is only one other time that a movie has been better than the book (The Notebook) and this would be the second.

But only by a slim margin, might I add, and mostly because I like how the movie eliminated some scenes and characters that didn’t necessarily contribute to the outcome or flow of the storyline.

When I read the book I thought, “ah, yes, I see how the movie could have done without you.”

But MY GOODNESS was this a good, easy, enjoyable read that didn’t try to prove a point but just served to exist as an emotional battle between two halves.

If PMS could be made into a story, this would be it. I felt angry, resentful, moody and spiteful, all the while being curious and intrigued by the world weaved before me. And I couldn’t even explain why. 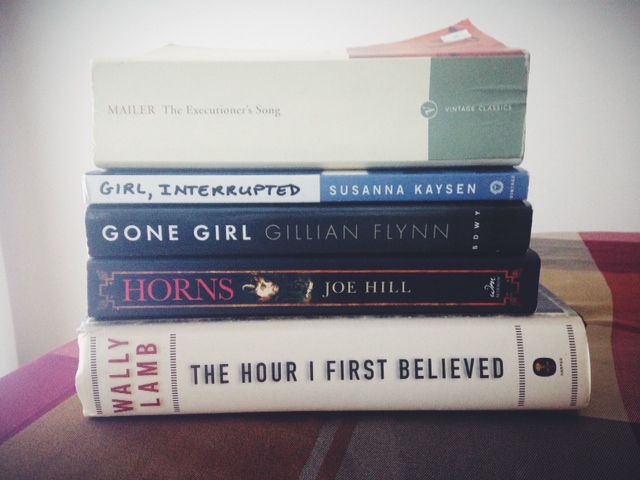