As you are undoubtedly aware, for nearly four years a civil war has been ravaging the nation of Syria. The conflict has claimed over 100,000 lives, and left over three million Syrian people as refugees. These victims have been forced to flee their homes and seek safety in a new nation.

Fatima* is one of these people.

Born in Syria, Fatima is a sister, grandmother, and mother; she is also a hero, and a survivor.

She is one of three million refugees, and this is her story*.

My country, Syria, is undergoing a civil war and it is no longer safe for the people to live there.  My family and I have had to seek protection outside Syria in order for us to live.  My youngest son Ali had been put on a wanted list by the Syrian regime. Shortly after, the Syrian regime raided our house by throwing our belongings everywhere causing them to break. These men were armed with guns.  During this time one of my daughters, Yesenia, a widow, and her 2 children, ages eight and five, moved into my house in Damascus because their house was in ruins due to the bombing.

Our living room was a mess because these men threw our furniture and other items around in their anger.  My family and I were terrified and thought they would kill us.  We are a family of women as my husband passed away and my two sons were not home.  They demanded Ali give himself up. We all knew that if that were to happen Ali would be placed under a tremendous amount of torture and potential death.

When my house was raided I had my two daughters. We knew we would no longer be safe; the stability and security in Syria was deteriorating.  It was the Syrian regime, the authorities themselves, that were attacking our personal space. Seeking protection from them was out of the question.  Our human rights had been violated such that my grandchildren could no longer attend school and the police were not providing safety measures for keeping peace on the streets.  No one could help us, not even the police officials. We feared for our lives.

The military Syrian regime kept raiding the house in the middle of the night, harassing my family and I. We heard many horrific stories about those groups of people raping and torturing women and children.

We feared for our lives and for the safety of the children, so we decided to get out permanently and headed towards Egypt.

Although we arrived in Cairo peacefully, we were indeed in for new troubles since the children were not welcomed in the schools of Egypt. They were harassed and did not fit into the Egyptian culture.

There is no prospect of return to Syria.  We are a family of women; me, my two daughters and two grandchildren.  It is extremely difficult to integrate in Egyptian society when we are not welcomed in the first place.  After all these circumstances, we truly have run out of solutions. The only hope for us in life is to rejoin with our entire family in Canada. My mother, two brothers, and one sister have all lived in Canada since the 1990’s and are all Canadian Citizens.

We are asking that the Canadian government and the Canadian people, who are known for their generosity, are advocates for human rights, and show compassion for all others no matter what race or religion, to please help us find a safe place to call home.

This is a heartbreaking story, but it also an incredible opportunity. As a community, we have the opportunity to directly impact the lives of five victims from this conflict.

Canyon Heights Church, in cooperation with Best Falafel – owned by Fatima’s brother –  is working to bring these five incredible women and children to Vancouver. Here they will have the safety, support, and freedom needed to start a new life.

Approval has already been received from the Canadian government to proceed with the process of bringing this family to Vancouver. The next step is raising the necessary funds; about $50,000 is needed to provide these five lives with a new beginning

If you wish to be a part of this project, or are interested in learning more, visit canyonheightschurch.ca or send an email to [email protected]

Fatima reached out to Canadians because she sees us as generous, compassionate and driven fighters for human rights who are unhindered by any barrier or obstacle. 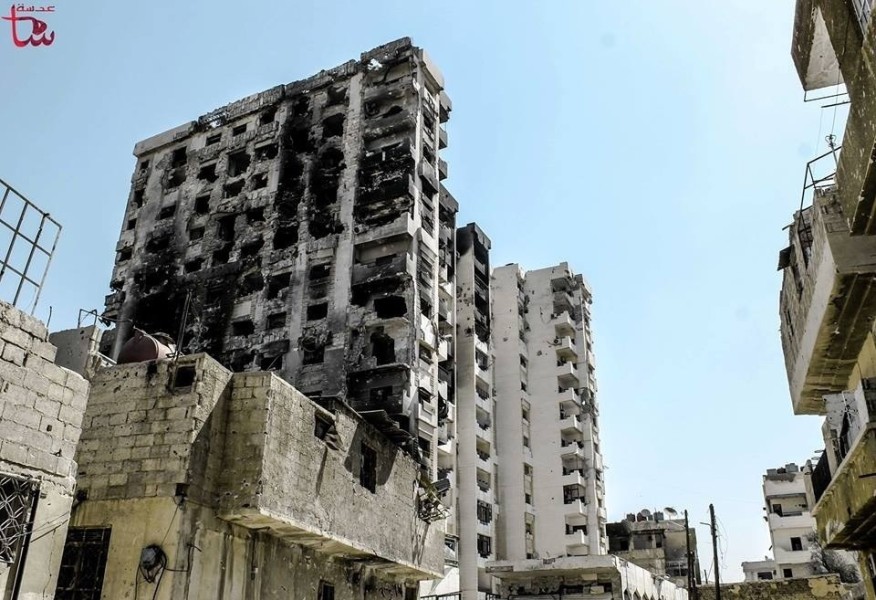 *Names have been changed for security reason. Her story has been condensed to fit this blog.