Five kittens are receiving much-needed care after being found at the bottom of a trash can in Langley.

It is believed the kittens spent two days in the garbage can, piled on top of each other with no food and water. They were discovered only when a garbage collector heard their mews.

According to a Facebook post by Tinykittens, the litter was rushed to the Langley Animal Protection Society where it was determined that they were crawling with fleas. Their stomaches were also very bloated, which is a main indicator of intestinal parasites.

The kittens have already received ear cleaning, treatment for ear mites and their first round of deworming. They are being cared for by Fort Langley’s Tinykittens foster home for cats, a group best known around the world for its live video streaming of its play rescued animals.

Tinykittens estimates 80,000 kittens will be born this year in Langley alone, but 75 per cent will die within their first six months if they are not rescued. The 25 per cent that survive will become pregnant as early as four months old.

“Every pregnant cat & kitten we take in will prevent dozens of unwanted kittens this year,” reads a statement on their website. 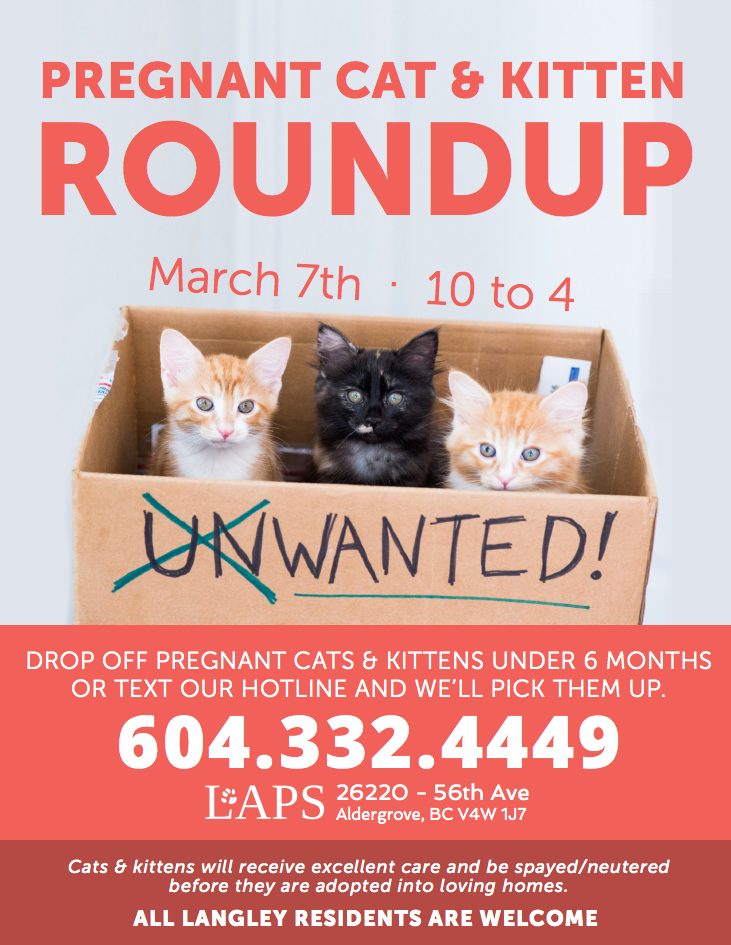