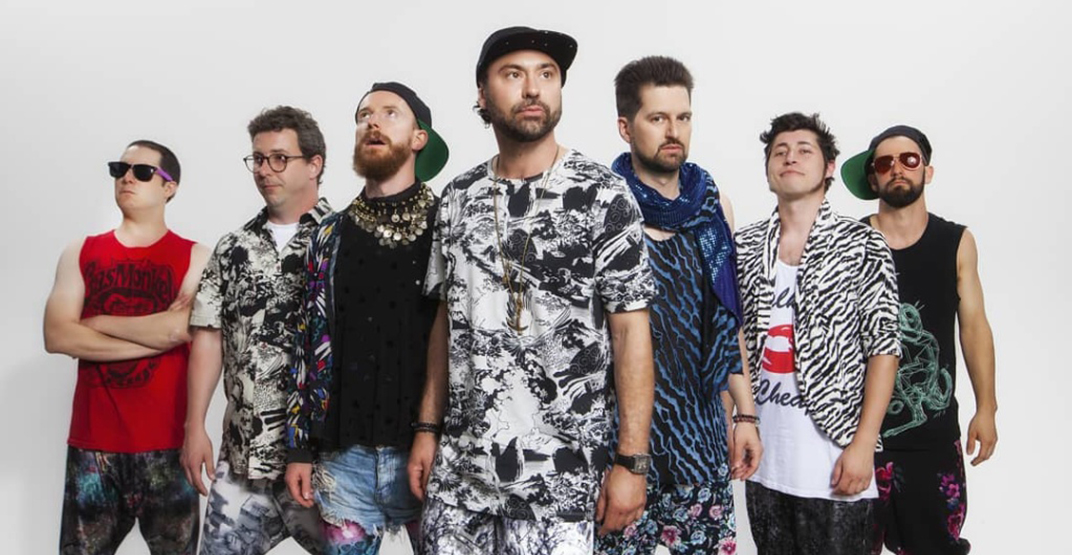 Get your dancing shoes on! The seven-man band, known for its music blending gypsy-rock, afro-funk, Latin, ska, and punk, has announced it is playing the Commodore Ballroom on December 26.

The band, which has been making music for over 15 years and has six acclaimed albums, shows no signs of slowing down. Its upcoming album release in 2020 is called Big Smoke. The 11 tracks on the new album have the band’s token epic, intense sound with a heavy groove.

The band was initially formed over epic house parties, where guitarist Gabe Boothroyd and drummer Tayo Branston gathered a collective of musicians who bonded over their love of James Brown, Tower Of Power, Tito Puente, Antibalas, and Frank Zappa. It wasn’t long before the group was playing to 800 fans at legendary Vancouver music venue, Richards On Richards, and playing a 37-day-tour across Canada.

Since then, they’ve played the Riverbend Festival in Tennessee and Taiwan, and have recruited Eli Bennetton on sax, Oliver Gibson on guitar, Tom Towerson on congas, Carl Juligon on timbales, Kent Wallace on trumpet, Jay Smith on bass, and Jens Christiansen on sax.

The band, known for their catchy rhythms, horns, and gang-chant vocals, will be joined on their boxing day show with Small Town Artillery. The rock ‘n roll band (featuring horns) is originally from Kaslo, BC, and has been playing together for over 20 years. If you’ve ever seen the group live, you know it always puts on a high energy show.

Both bands will also be joined by incredible female-led funk-rock group Rain City, from Vancouver (if it wasn’t obvious from their name). Taking influences from Amy Winehouse, Red Hot Chilli Peppers, and Moon Hooch, the group is known for its explosive, empowering and engaging antics on stage. 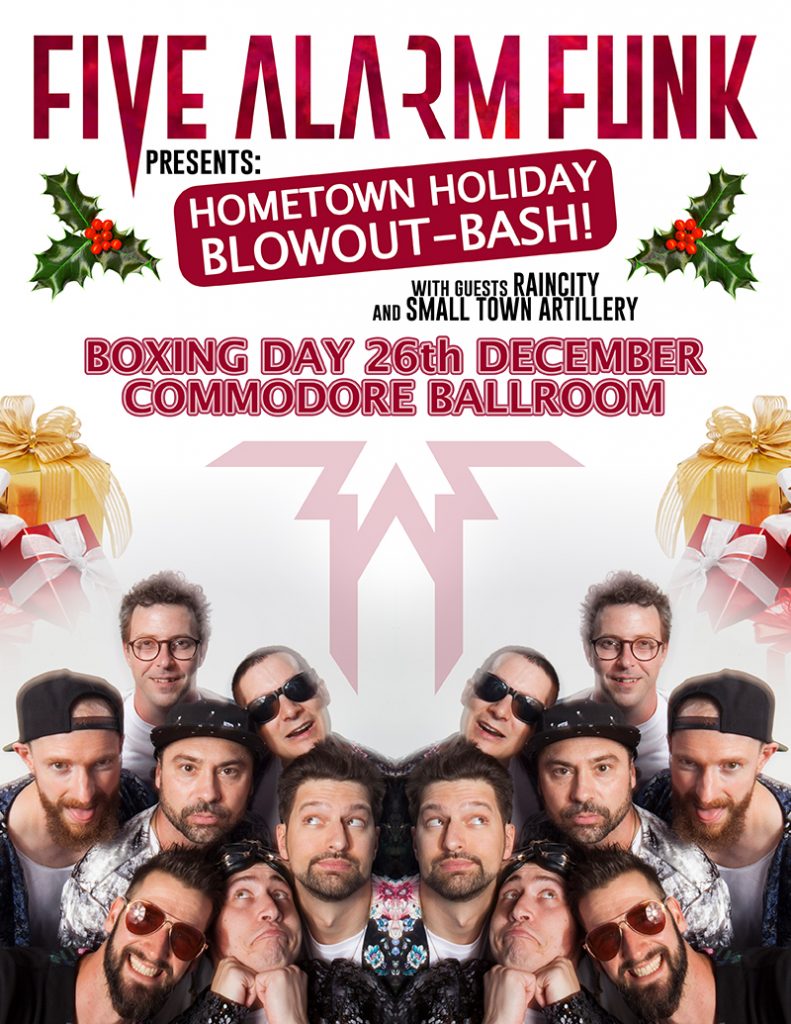 Five Alarm Funk’s Hometown Holiday Blowout-Bash! is a one-off event exclusive to Vancouver. However, you can also catch the band with performances next February in Camrose in Alberta and Prince Albert and North Battleford in Saskatewchen.

Tickets to Five Alarm Funk’s 19+ Vancouver show are on sale now, starting at $34 via Ticketmaster. Don’t miss out.