It’s the end of an era for one longstanding restaurant in Vancouver’s iconic Stanley Park. The Fish House will be closing down after 25 years at the end of September*.

The Fish House is situated in a building erected in 1930 located at the southernmost quadrant of the park. The structure was first used as a club house for tennis players and golfers and was known as the Sports Pavilion. From 1949 to 1974 it was the Third Beach Tea Room and from 1974 to 1990 the Beach House. In 1990 it became the Fish House restaurant, serving up white tablecloth-style seafood in the picturesque setting. 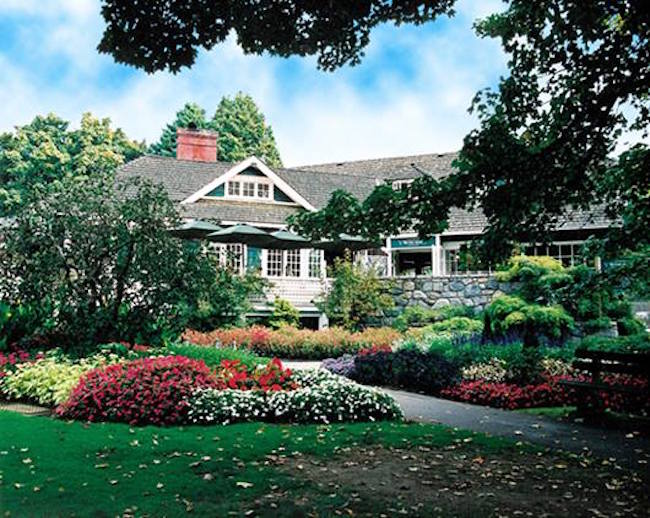 The Fish House in Stanley Park/Facebook

“The Park Board is going to the marketplace shortly with an RFP for a new operator,” said Gordon Barber, manager of revenue services for Park Board, in an e-mail to Vancity Buzz.

A call to SilverBirch Hotels & Resorts was not returned at the time of publication, however we will update if further information is provided or becomes available.

For now it seems it’s operations as usual during the summer season, and the venue continues to solicit bookings for weddings and events. The Fish House has been valuable training ground for many local chefs and restaurant folk.

The Fish House is a part of the SilverBirch family and has rented this space from the Parks Board for several years. It was recently announced that this lease expires at the end of October 2015 and that SilverBirch has decided not to renew. The Fish House will cease service as a restaurant on the 30th of September. Beyond that date, operation of the restaurant is currently undetermined. To clarify, our last day of operation as a restaurant will be Wednesday, September 30th, 2015.

Novak indicates that the restaurant will continue to provide customers and event attendees with the same great food and high quality service as always, and adds that many of the staff intend to stay on until the end, including some who have been with The Fish House in Stanley Park for over a decade.