Just a few hours before a crowd of food-savvy diners descended upon Royal Dinette for the restaurant’s first dinner service, the space on the ground floor of The Blackbird in downtown Vancouver was still pretty much a construction site.

As the bubbles on tap flowed in champagne flutes, and the first plates of beautiful farm-to-table food from the hands and minds of owner Dave Gunawan, Executive Chef Jack Chen, and the Royal Dinette team, it soon seemed evident that this could be the restaurant that downtown Vancouver needs.

A standout in a sea of sameness–all time-proven and reliable, make no mistake–as well as the ease of a myriad of budget-conscious casual joints, Royal Dinette’s emphasis on taking seasonal ingredients sourced from local farmers and showcasing them through artful simplicity without breaking the bank is certainly a bright spot on the downtown high-rise culinary landscape.

That’s not to say there aren’t great places to eat downtown. There are. But that’s not what this is about. What Gunawan, his team of seasoned industry vets, and his silent partners in The Donnelly Group, are doing for the dining scene is proving that there are no more excuses for not sourcing, preparing, or eating good food.

So let’s talk about the food. Do you ever eat an olive that you can’t stop thinking about? That’s what happened to me after a few sweetly brined nibbles at the fruit of the smoked Castelvetrano olives that kicked started our eager palates. The fresh fennel clung to the damp, deeply green olives that yielded a fruity surprise with a zing of orange. I could go for a dish of those right now, along with any one of bar manager Wendy McGuinness’ drink concoctions (though I’ll always favour a Kir Royale, especially when the Creme de Cassis is Vancouver’s own Odd Society Spirits‘ gorgeous purple liquid). 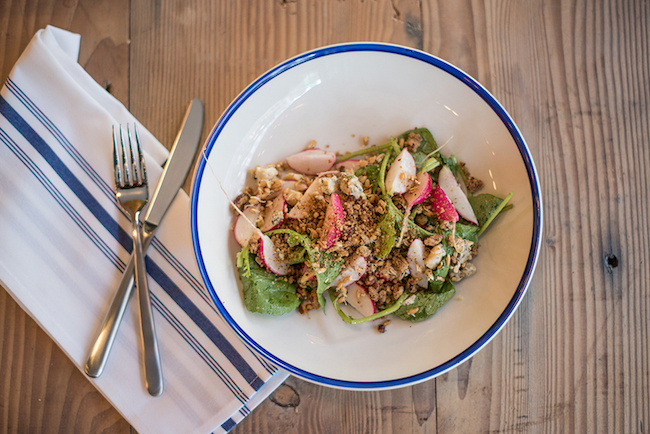 A duo of salads riffed on  comfortable flavours and pairings, like the easy companionship of spice and minted yogurt that used vadouvan, fennel (this time the bulb), and chickpeas as a vessel of bright celebration. Pecans and blue cheese are no stranger to salads, but made new friends out of some summery radishes and toothsome sprouted grains. The latter was paired with a playful radish-centric cocktail that didn’t work on its own (a bit murky and sweet) but came absolutely alive in tandem with the food.

Royal Dinette boasts a fresh pasta station, so you can watch the ribbons of pappardelle or the pillows of agnolotti being formed, which is almost as much of a treat as eating them. The restaurant also has a completely open kitchen, so diners may see some butchery in action, and particularly those seated at the counter (on teal padded stools that represent the remaining vestiges of Blackbird’s tenure on the main floor).

Here food becomes theatre of a sort, where the players execute their motions under the deft direction of the leaders, and the audience can drink in the props and scenery and ultimately form their own connection with, and opinion of, the food. Loaves of bread stood at the ready until their cue, when they were sliced and set onto boards, to be dipped into either a bowl of olive oil or a quenelle of soft, meaty pork butter. 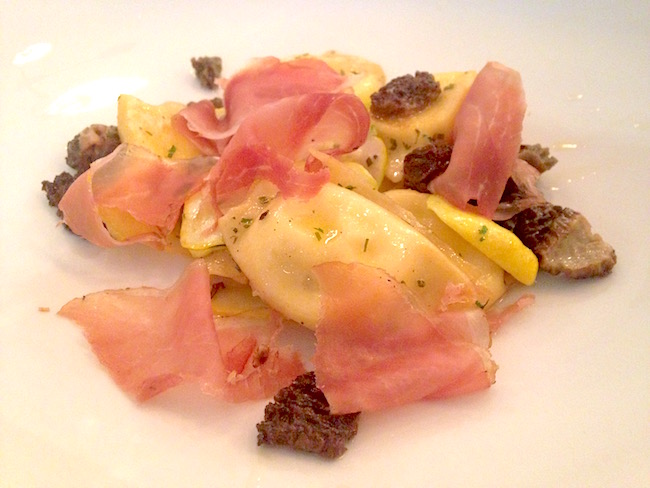 Desserts are going to be light and simple at Royal Dinette, at least that’s the plan for now, when berries and peaches are kind of rock stars in their naked form at the peak of summer. They may not be what you go to Royal Dinette for, but if your table is opting for the five-course tasting menu ($65), they will ensure you don’t depart on a weighty note.

While the tasting menu (and its optional supplemental sixth and seventh courses) might be intimidating, it’s actually a wonderful way to have what’s akin to a sushi bar omakase experience, where the chef takes the decision-making pressure off your evening. However, Royal Dinette is a very equal-opportunity player in that you can walk on in for an affordable but high-end main course of pasta, fish, or meat or a sampler of veggie dishes, or even just that bowl of olives and a cocktail, and enjoy what the restaurant has to offer. 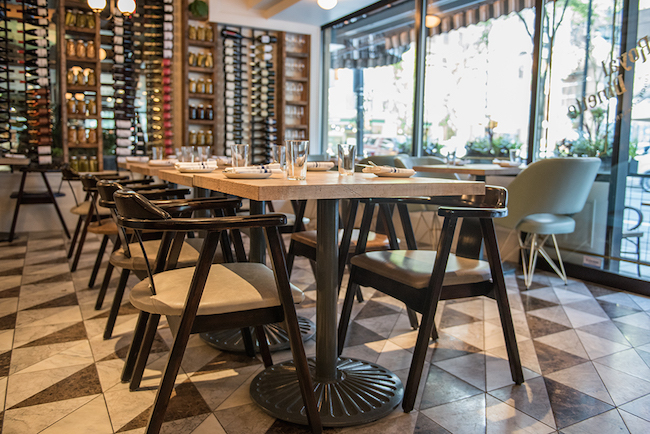 Gunawan has a mighty challenge ahead: Food scenesters flock to his modest South Granville-adjacent digs at Farmer’s Apprentice, and his newest natural wine showpiece, Grapes & Soda, and those same eaters were filling tables at Royal Dinette’s preview night, but now downtowners must prove they are open to something a bit more experimental, where the menu is ever-changing, and come to the table with appreciation for the practice of eating.