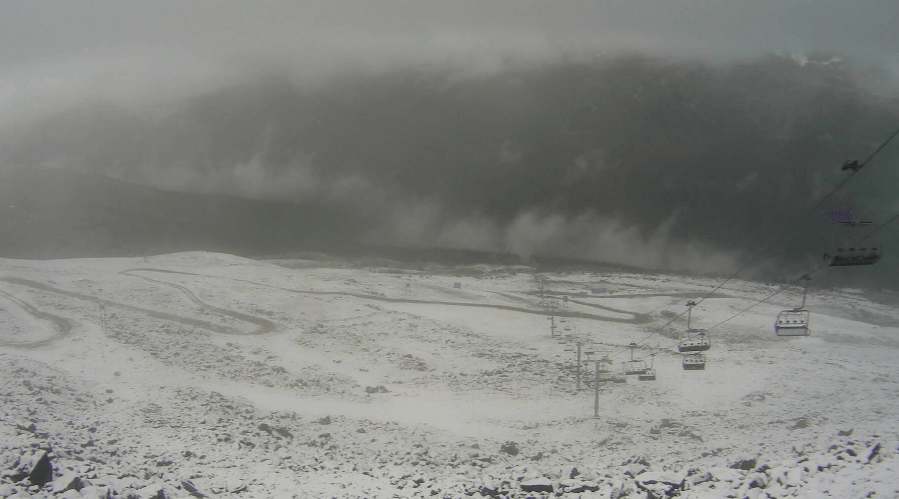 Good news snow fans, the first sprinkling of the white stuff has settled on Whistler Blackcomb.

The overnight flurry saw snow settle on the higher reaches of North America’s top winter resort, with a thin layer of frosty stuff settling around Whistler Peak and Horstman Hut on Blackcomb.

With the wet weather set to continue into next week, winter sports enthusiasts will be keeping everything crossed that the snow continues to fall on the mountain’s higher reaches.

No doubt the wintery weather will see ski and snowboard fans turn their attention to the much-anticipated snow season. It will also be music to the ears of Whistler Blackcomb after the resort announced its Early Bird Passes would go on sale earlier this week.

The early snowfall is not entirely unusual either. Coincidentally Whistler Blackcomb saw its first snowfall on exactly the same day last year, whilst the first snow settled on October 15 in 2014-15, and September 22 in 2013-14. 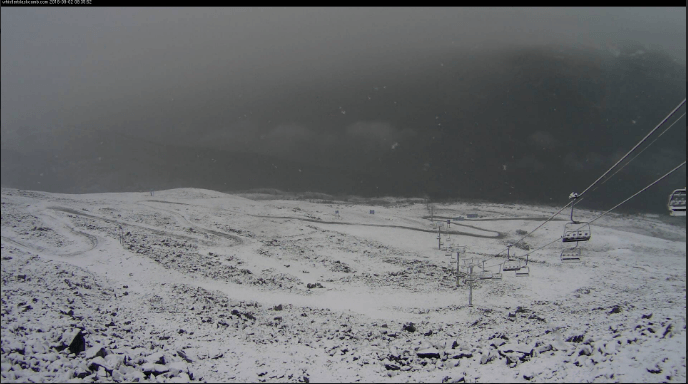 Whistler Blackcomb is currently scheduled for a November 24, 2016 opening while the North Shore mountains typically open in early-December each year, depending if there is sufficient snow.

We’ll have to wait and see if this season proves to be a bumper year on the slopes, but there are some positive rumblings from the community. Not least from the world’s best snowboarder Travis Rice who’s predicting a “monster winter” in BC.

“With El Nino finally collapsing and giving way to change, I’m hopeful it’s going to be the Northwest back again,” he told Daily Hive. “I think it’s going to happen. It looks like there’s a pattern developing.”