It is only mid-October and the snow is already starting to pile up at the upper elevations of Whistler Blackcomb.

Snow began falling on both mountain peaks on Monday evening and continued through this morning. Freezing levels dropped to 1700 metres over the last few nights, providing the conditions needed for snowfall when a moisture-rich frontal system moved over the South Coast.

Another trace of snow is expected at Whistler Blackcomb tonight when freezing levels dip to 1600 metres.

However, this is not the mountain’s first snowfall after the ski season ended. On July 24, at least 30 cms of highly unusual “summer snow” was recorded at Blackcomb’s 7th Heaven.

October’s early snowfall is encouraging for ski resorts located in the province after the 2013/2014 winter season’s dismal snow drought.

At one point during the peak of the last ski season, only one-third of Cypress Mountain’s alpine runs were open while Mount Seymour went to the great lengths of offering “bring a friend” free skiing promotions. Vancouver Island’s Mount Washington even delayed its opening until mid-January due to a lack of snowfall and compensated its members with free skiing passes to Whistler Blackcomb.

Whistler Blackcomb is currently scheduled for a November 27, 2014 opening, although this could happen earlier if there is sufficient early snow. An early snowfall allowed the resort to open its ski hills 13 days early for the 2013/2014 season.

This morning at Whistler Blackcomb 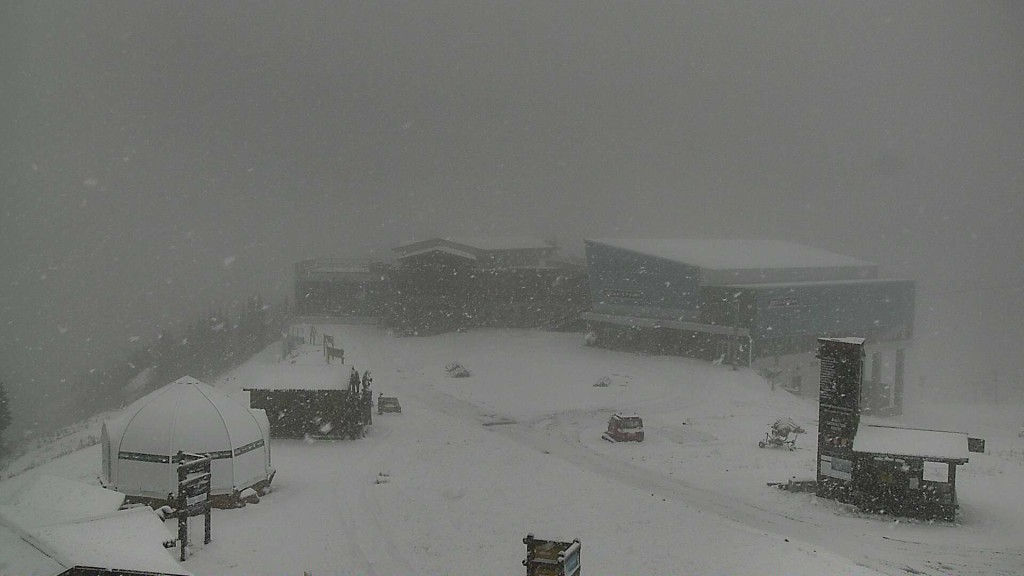 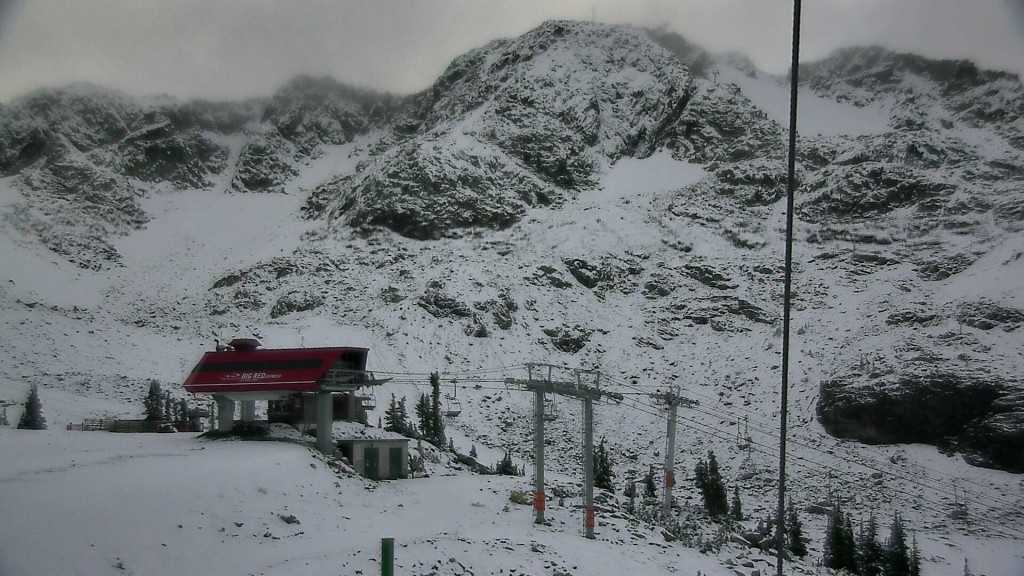 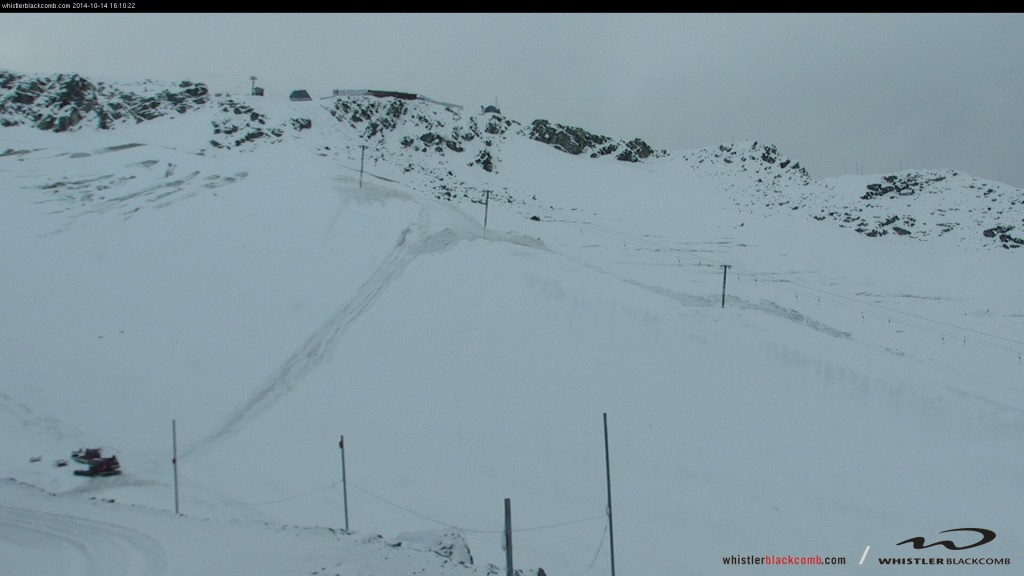 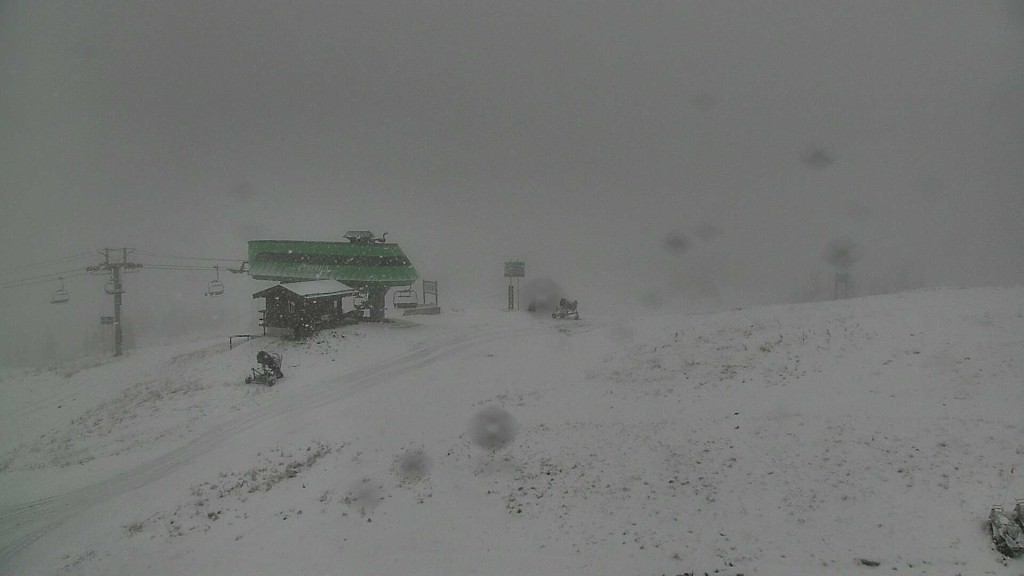 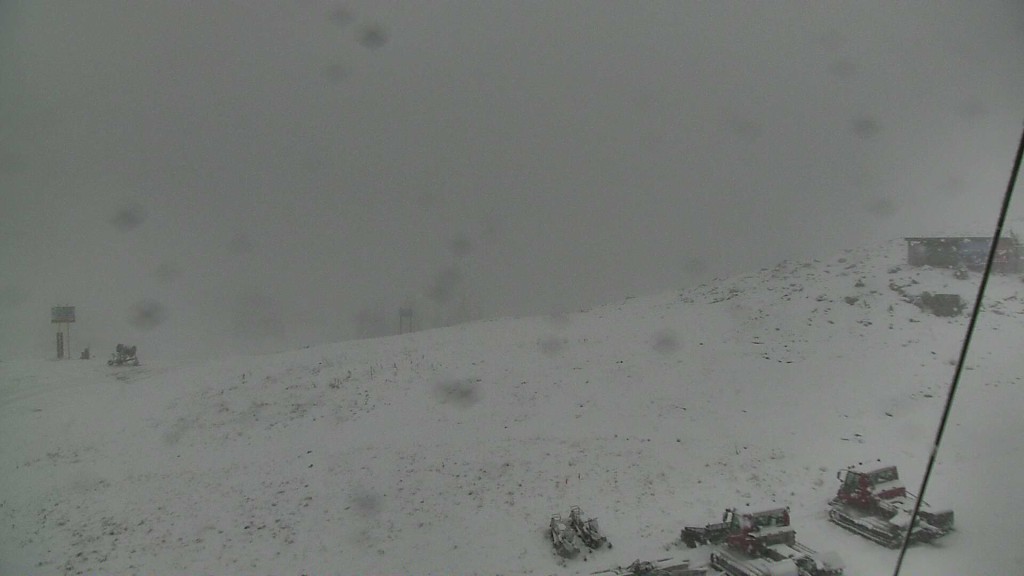