Update: Jason Lamarche was the first user on Monday evening. Victoria, was first on the first morning of the ATM being operational. Victoria’s experience was submitted below.

I was the first person to use the world’s first BItcoin ATM this morning. Just moments after the ATM opened for business at Waves coffee shop on Howe Street in downtown Vancouver, I deposited $200 and received just under 1 Bitcoin in return. When I checked my Bitcoin wallet 10 minutes later, the value had risen to $202.80, just like that!

I’ve been following BitCoin’s development for the last months, from the bust of Silk Road to its gradual appearance into legitimate mainstream commerce. Now I can use my Bitcoins to buy brunch at Central Bistro on Denman, coffee at Waves or hipster bratwurst at Bestie in Gastown. Using Bitcoin right now is a bit like being vegan – you can’t eat everywhere unless you know where to go. Luckily, the number of places to accept Bitcoin is growing by the week and the price seems to be on a stable rise so I expect to get good value for my investment. 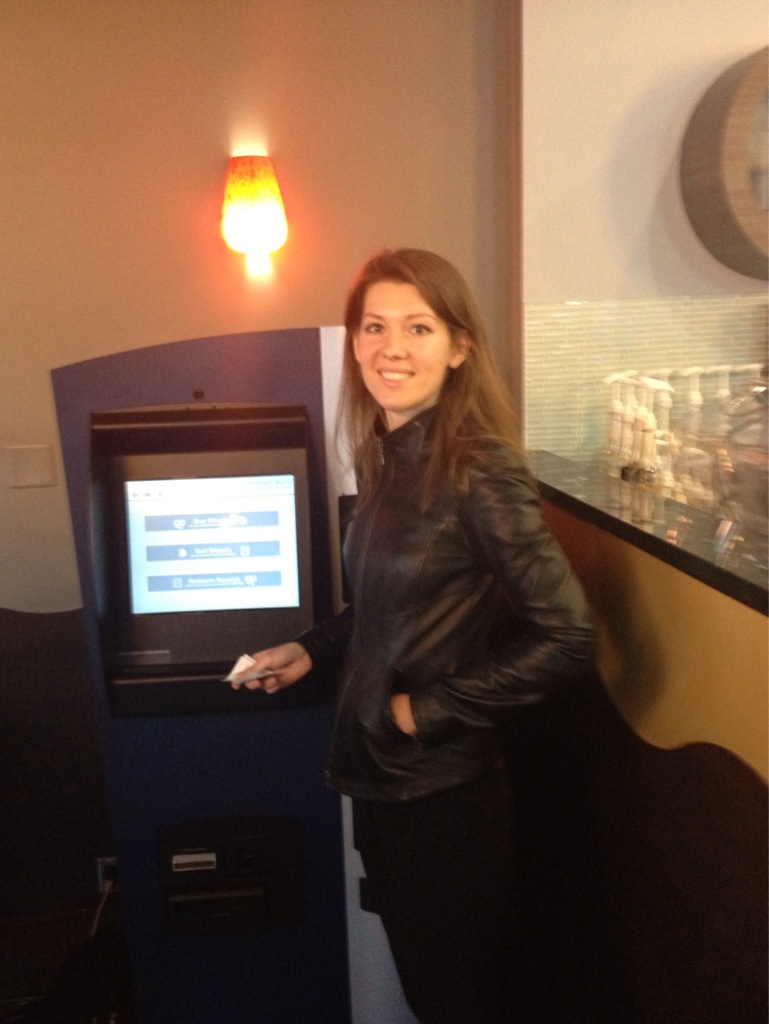 The ATM itself has a palm scanner to confirm the user and a QR code scanner to connect your Bitcoin Wallet app to the ATM. To make a Bitcoin withdrawal, the transaction goes in three steps: scan the QR code, insert cash and click to confirm. It also goes the other way as well if you wish to sell.

My first Bitcoin purchase of the morning was an English breakfast tea. The barista scanned my QR code with his iPad. The next person in line used her bank card and the debit machine suddenly looked really dated, like a huge Nokia from the 1990s.

The coffee shop was packed with newscasters, Bitcoin enthusiasts and a handful people who had no idea what was going on. In my opinion, they should, because this is a disruptive technology like no other and it makes sense as an alternative to traditional financing. I heard somebody recently bought a house with BitCoin. Perhaps one day I can, too.

Written by Victoria Hansen, a Guest Contributor to Vancity Buzz.

Editor’s Note: While Victoria Hansen was first in line to use it today, according to Wired, Jason Lamarche was the first official user on Monday evening:

At around six p.m. Monday, a man named Jason Lamarche dropped by the coffee shop. He then waited patiently for more than three hours until the machine was fully ready to go, wanting to be the first to use it. He slid in a $20 bill, and in less than a minute, he had his tenth of a bitcoin, which he promptly used at the coffee bar to buy a steamed milk with vanilla (this Waves Coffee House accepts bitcoins). “It was amazing,” he said of the Robocoin. “It was super convenient. It was easy to use.” 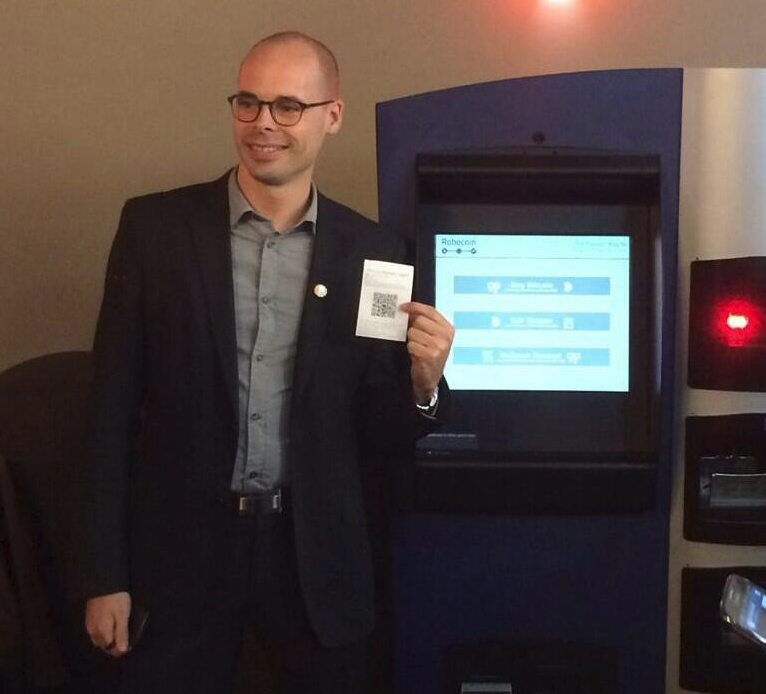