It’s coming! Construction began on the SkyTrain Evergreen Line some months ago, but visible progress can now be finally seen with the completion of the first column to support the elevated tracks.

The column was built at the intersection of Como Lake Avenue and Clarke Road in Coquitlam. In addition to the column for the elevated track, a tunnel section of the line is also taking shape on the east side of Barnet Highway. 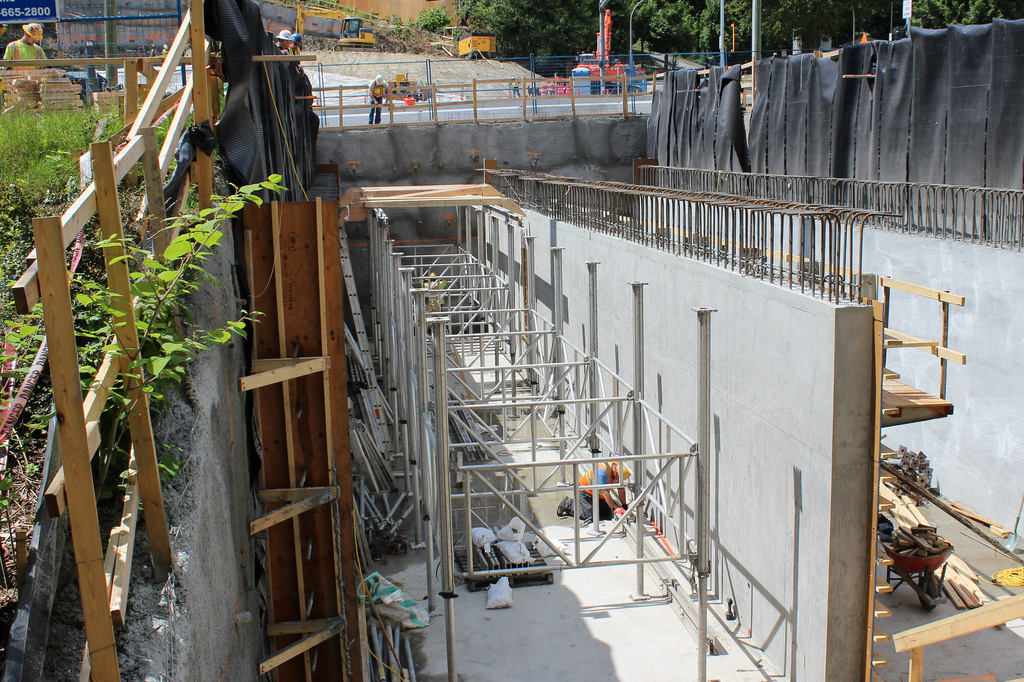 The Evergreen Line is anticipated to be completed in the summer of 2016. At 11 kilometres in length, it will be fully integrated with the existing SkyTrain network and will provide commuters with a seamless and convenient one-train ride from VCC-Clark Station in Vancouver to the Evergreen Line’s terminus at Lafarge Lake-Douglas Station in Coquitlam.

In total, the Evergreen Line will add six new stations to the SkyTrain network and will take 15-minutes to travel from one end at Lougheed Station to the terminus in Coquitlam. Trains will run frequently at 3-minute intervals during peak and mid-day service hours. Ridership is projected to reach 70,000 by 2021.

If voters fail to pass the upcoming referendum on public transit expansion funding, there is no doubt that congested Broadway buses will become the norm for many more years to come. 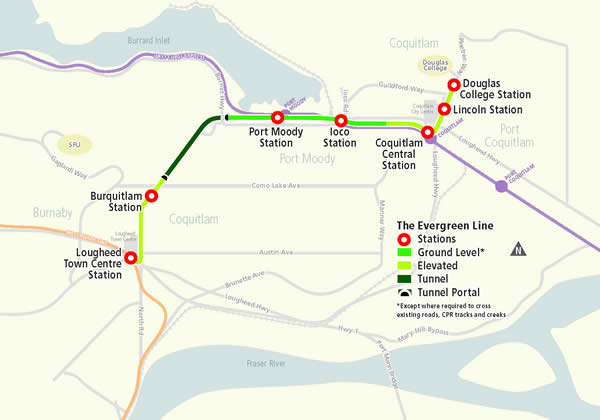