A new record was set on Sunday as a copy of Action Comic #1, featuring the first appearance of Superman, sold at auction for $3,207,852.00. The book is graded CGC 9.0 with white pages and is the best graded copy ever evaluated by the grading service Comics Guaranty Corporation.

The auction for the 1938 comic, featuring the first appearance of the pop culture icon created by American Jerry Siegel and Canadian Joe Shuster, sold for the highest price ever paid for a comic book. 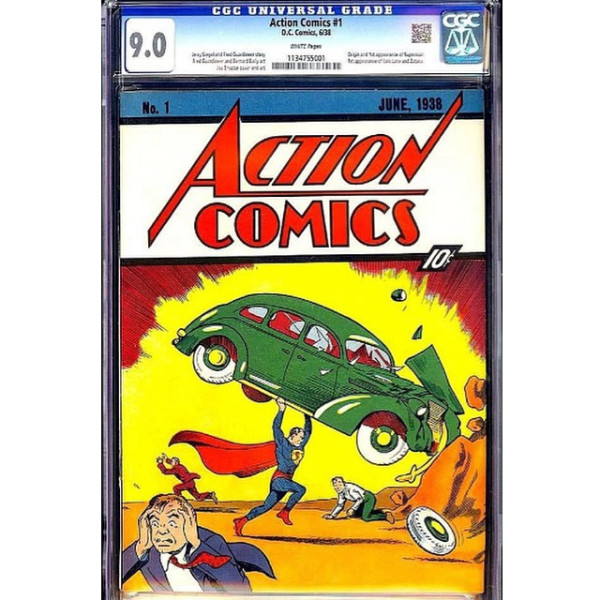 In an interesting circumstance, the new purchase was made by ComicConnect, who are well-known dealers of vintage graphic novels, and coincidentally the auctioneers of the previous record-holder – the “Nicolas Cage” copy of Action Comics #1, which they auctioned in 2011 for $2.16 million.

That specific copy is so-named after it was the focus of an investigation following its theft from the actor’s home in 2000, where he had placed it on displayed in security frames on his wall. A decade later, it would be recovered by police in a storage locker consignment in 2011.

Sunday’s sale marks the first time a comic book has broken the $3 million barrier at auction, and makes it only the sixth graphic novel to sell for over $1 million. A copy of Detective Comic #27 CGC 8.0, which features the first appearance of Batman, sold for $1,075,000 in February 2010, and a copy of Amazing Fantasy #15, featuring the first appearance of Spider-Man, CGC 9.6 sold for $1.1 million in March 2011.