The Vancouver Canucks had their worst showing of the season in Minnesota on Tuesday night, losing 6-2.

This is Vancouver, home of the goalie controversy, so you’d think Ryan Miller would be taking the brunt of things today from Canucks fans. But this is, despite what people say sometimes, a knowledgeable fanbase.

Ryan Miller gave up 6 goals, but he was perhaps the team’s best player. That’s how bad the Canucks played.

This is the kind of game that makes #Canucks fans call for heads to roll. So who's your guy? #SixPack

Omar is right. Heads will roll, but when you can’t blame the goalie, the best players (the Sedins have been outstanding), and Luca Sbisa is injured, who do you blame?

For now, the spotlight is on head coach Willie Desjardins.

Perhaps the most damning indictment on the coaching staff is their special teams. Because of the tactical nature of special teams, they are controlled more by coaching than most other things in hockey. Talent helps, of course, but the Canucks should rank higher than they currently do. Vancouver is 16th in the league on the power play and 24th on the penalty kill.

When killing a penalty, teams want to keep a box formation with their four penalty killers. A common theme you’ll see here is the complete abandonment of this concept.

Check out how Vancouver fared on their penalty kill last night (viewer discretion is advised). 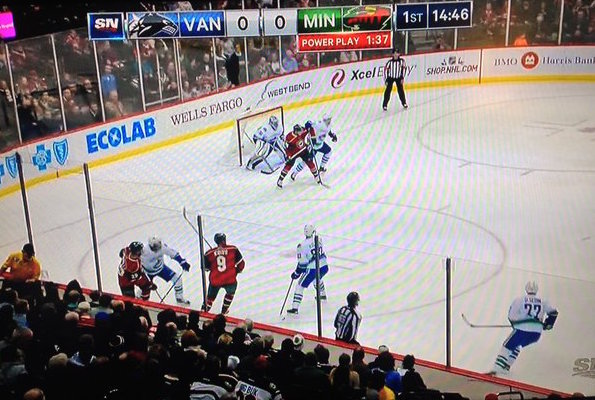 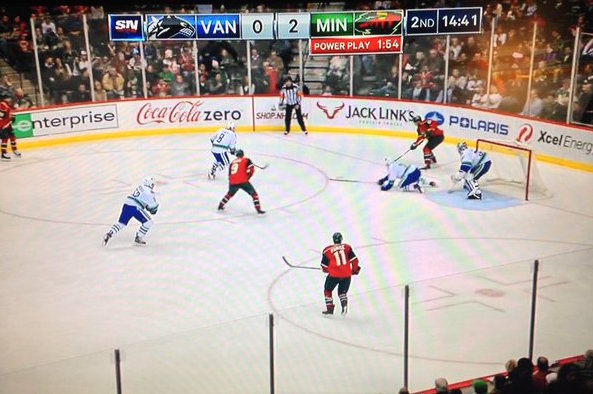 On Minnesota’s second power play goal, it was Alex Edler’s turn to run out of position, trying to intercept a pass. Zack Parise (#11) ended up all alone on the near-side and scored. 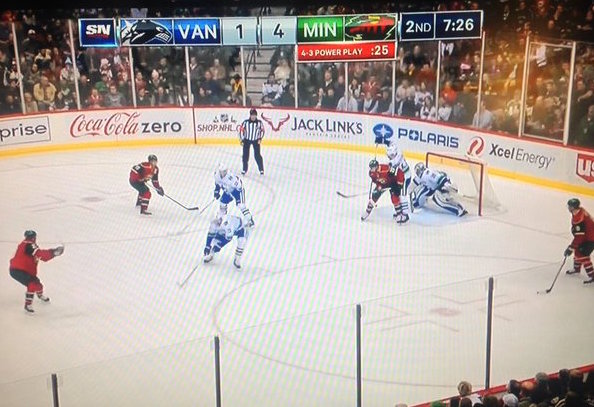 Vancouver didn’t chase out of position on Minnesota’s third goal with the man advantage, but Matt Bartkowski did a great job of passively engaging the net-front presence, causing a screen. Miller never saw the puck. 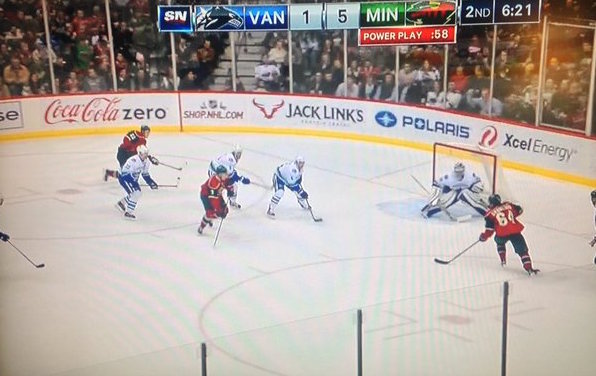 The Wild didn’t score on this one, but they should have. Mikael Granlund (#64) ended up all alone, as Yannick Weber joined his defence partner Chris Tanev on the far-side of the ice.

It should be noted that no coaching staff would instruct their players to run out of position like the examples above. Not even a Peewee coach. But when the team is disorganized, it does not look good on the coach.

Last year the Canucks were 11th on the power play and 2nd on the penalty kill. So there’s still hope.

TSN 1040 radio morning show producer extraordinaire, Satiar Shah, usually has a good read on the pulse of the fans. Here was this morning’s poll question:

Morning Poll Q: should the Canucks make a coaching change? Yes or No @TSN1040 @karen_surman 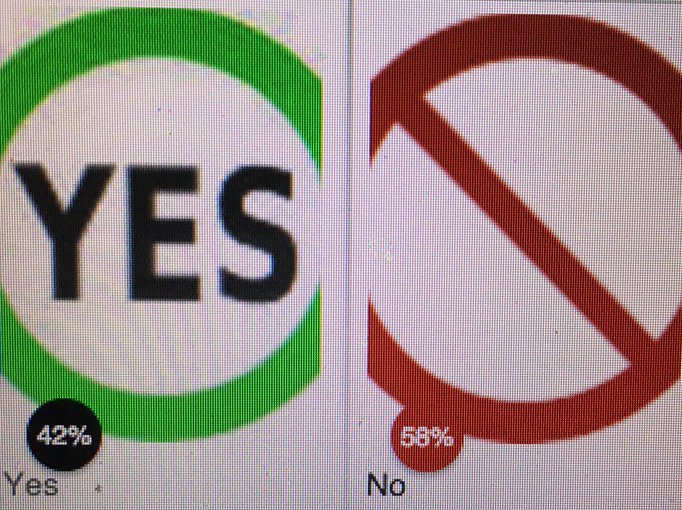 For now, the people are right: it is not time to fire the coach.

The Canucks are not playing well, and they’ve had a disappointing season. Vancouver is currently in second-last place in the Western Conference, and sixth-last place in the NHL. These are not acceptable results.

The Canucks are underachieving right now, in part because of their woeful 0-7 record in 3-on-3 overtime, and in part because they’re simply not good enough. The coach needs to wear some of that, but is it fair to drop the axe less than 40% through year-2 at the helm?

Willie Desjardins’ team is struggling this year, and if you blame him for that, I think you also have to give him enormous credit for the team’s performance last season.

Vancouver clearly overachieved last season, finishing with the 8th-best record in the NHL. They were one point behind the eventual Stanley Cup champion Chicago Blackhawks. The playoffs were a disappointment, clearly, but I think Willie deserves some rope.

The Canucks were not as good on paper last year as the 8th place finish would suggest. Realistically Vancouver, as currently constructed, should be a middle of the pack (~15th place) team. If you’re going to blame Willie for losses this year (24th place), then it’s only fair to credit him for last season (8th place) as well.

If the Canucks finish the season near the bottom of the league, it’ll be curtains for Willie Desjardins. But for now, given his record last season, let’s be patient.