There has been an electrical fire on a SkyTrain Canada Line train just outside Aberdeen Station in Richmond.

There is no information on the severity of the damage or the cause of the blaze. The incident began just before 3 p.m. today. 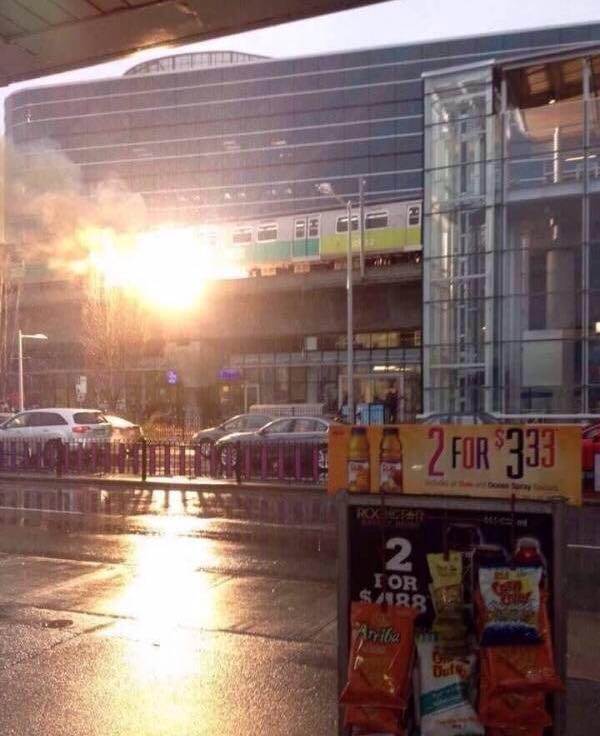 Transit Police have said there are no injuries and the situation is secure.

There is speculation that the train overheated. The Expo and Millennium Line utilizes linear induction motors while the Canada Line uses conventional electric motors, which have more moving parts and are more prone to such incidents.

Bombardier built the trains that run on the Expo and Millennium Line, but South Korea’s Rotem, a subsidiary of Hyundai, built the Canada Line’s trains.

The Canada Line is operationally independent from the BC Rapid Transit Company, which operates and maintains the Expo and Millennium Lines. ProTransBC, a subsidiary of SNC Lavalin, is responsible for the operations and maintenance of the Canada Line through a 35-year concession.

The private company is financially penalized by TransLink if it does not meet performance standards.

Canada Line service is still affected due to an issue between Aberdeen and Richmond-Brighouse stations. Two additional buses, for a total of four buses, will serve the route between Bridgeport and Brighouse Stations due to high customer demand. Customers can also take the 403 as an alternative.

Transit Supervisors and Transit Police are onsite monitoring the situation.

We advise customers to plan for extra travel time this afternoon and we thank everyone for their patience.

An investigation is ongoing. Early findings indicate that there was an electrical fault which caused the smoke. We will know more after a full investigation.

The Canada Line has now resumed service and the Bus Bridge will remain in place until 6:30 p.m. to help customers get where they need to go.

Canada Line trains are running normally. All stations are open.