Vancouver firefighters have been deployed to a blaze located on the south end of the Granville Street Bridge.

The fire is on the roof of a two-storey abandoned commercial building set for redevelopment on the intersection of Fir Street and West 8th Avenue. This is just one block north of West Broadway.

A witness told Vancity Buzz the fire began at approximately 4:15 p.m. The cause of the fire is not known.

Traffic in the area has been affected. 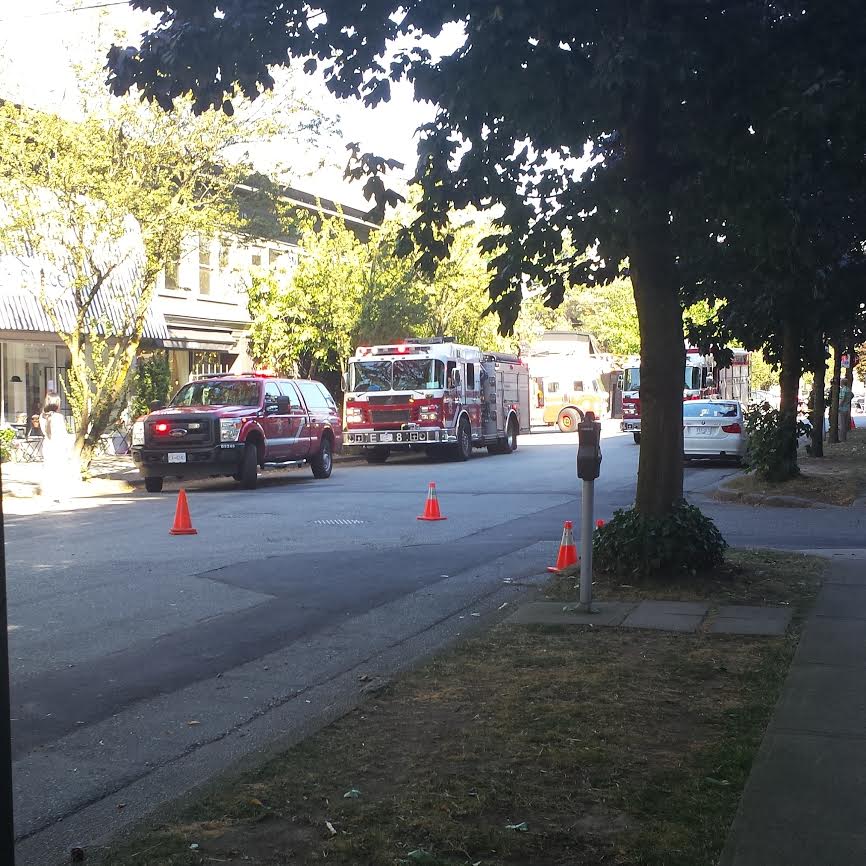 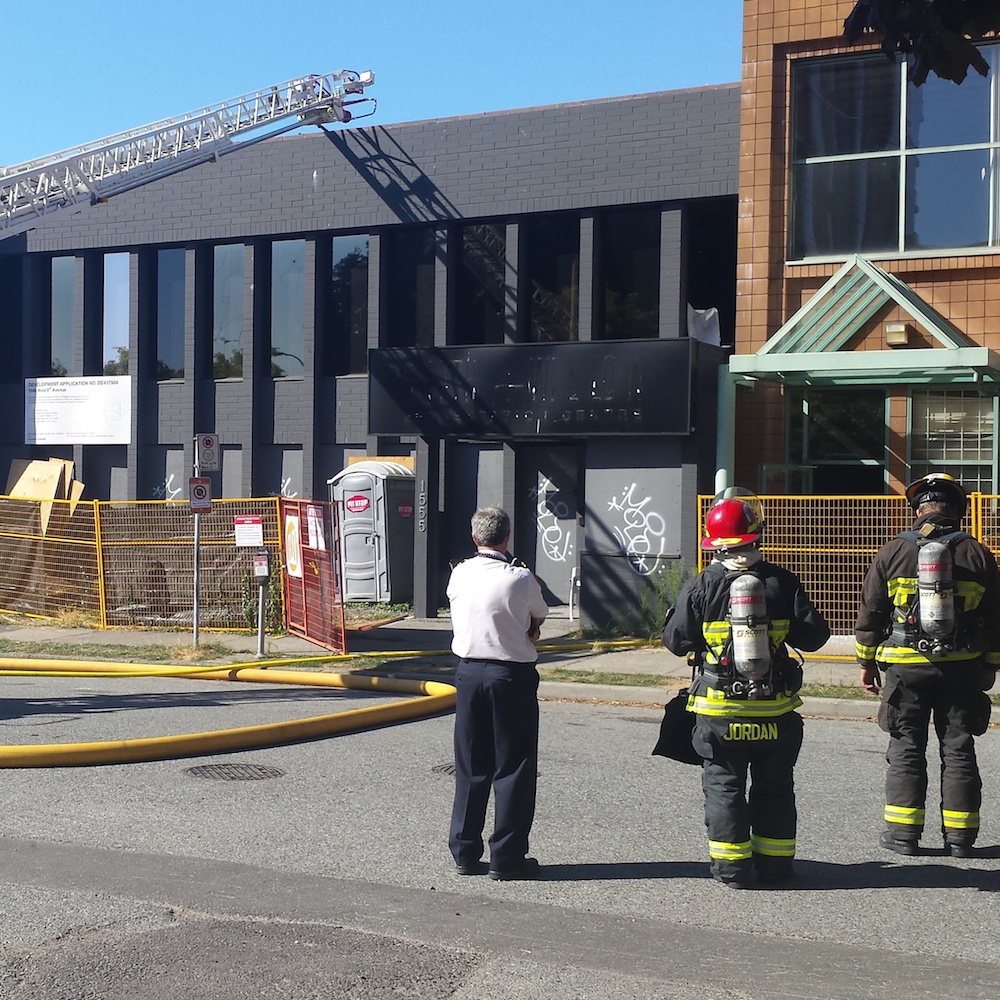