The BC Wildfire Service has upgraded the Fire Danger Rating for Vancouver to extreme, following one of the hottest, driest summers on record in B.C.

The upgrade also includes much of British Columbia’s west coast and north eastern reaches, encompassing large parts of Vancouver Island and pieces of the interior. 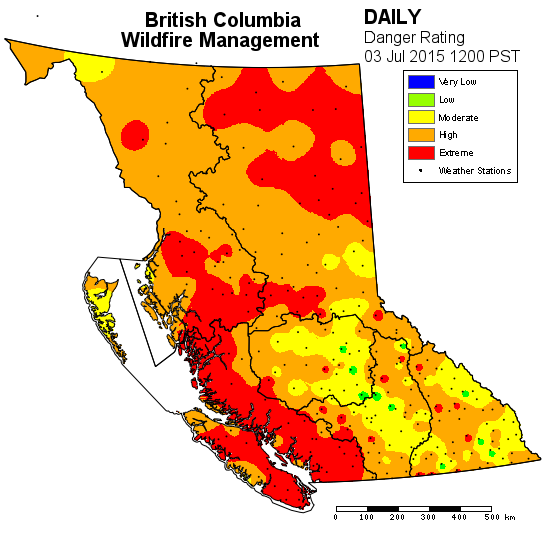 Image via BC Wildlife Service