If you’ve ever handled Canadian money – chances are, you have – you’ve likely noticed a strong preference for men in the people represented on Canada’s bank notes.

Finance Minister Bill Monroe told reporters during a press conference in Toronto he likes the idea of seeing more women appear on our money.

“I can say that I would be strongly supportive of a recommendation from the bank of Canada to put an iconic woman or women on the banknote,” he said.

As it stands, the only woman on our bank notes is Queen Elizabeth, who appears on the twenty dollar bill.

The NDP recently called on Monroe to add more women to Canadian bank notes, saying our money should represent people of all genders, ages, and ethnicities.

“As we reach Canada’s 150th anniversary, the Queen shouldn’t be the only woman who is celebrated on our money,” said NDP status of women critic Sheila Malcolmson in a statement.

The only other images of women on our notes were that of the Famous Five, who advocated for voting rights for women. That image was replaced by an icebreaker boat when the $50 bill was redesigned in 2011. 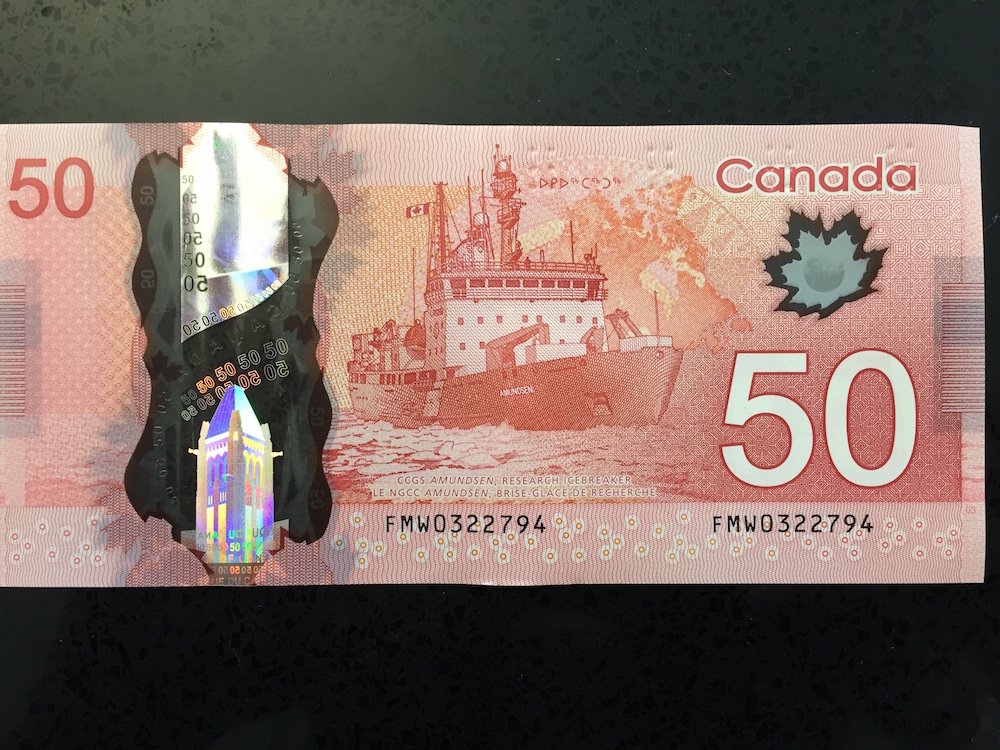 A petition is also circulating calling for the inclusion of women in Canadian history on our money.

“Bank notes that belong to all Canadians should depict a wider range of Canadians, of both genders as well as various ethnic origins,” reads the petition.

At the time of publication, the petition had over 65,000 signatures.