One of British Columbia’s most successful music development programs is coming to an end.

Seven years after its initial launch in 2009, B.C’s Peak Performance Project is giving away its final title on November 19. The Peak Performance Project was created to educate, promote, develop, and help launch the careers of 12 local up-and-coming artists. And with $5.7 million given out to B.C musicians over the years, it has become an invaluable source of development for the local industry.

Although it may seem like an abrupt end to such a well-received project, The Peak Performance Project was always meant to be a seven-year program. And the Project’s Executive Director Tamara Stanners has been a part of the action since day one: “When I started, there wasn’t even a Peak radio station,” she said. “We had to apply to the CRTC (Canadian Radio-television and Telecommunications Commission) to get the license for the radio station. Part of that was coming up with a Canadian Content Development initiative.”

Music B.C, a non-profit society dedicated to developing the growth and sustainability of the province’s music community, got on board at the same time. The society’s Executive Director Bob D’Eith explained that when radio stations want to get a new license, they have to put money into Canadian Content Development. “We have a history of working with radio stations for many years, administering a big part of their Canadian Content Development program. So we had this amazing opportunity to design a program that met the needs of the radio station and also met the needs of the artists,” D’Eith said. 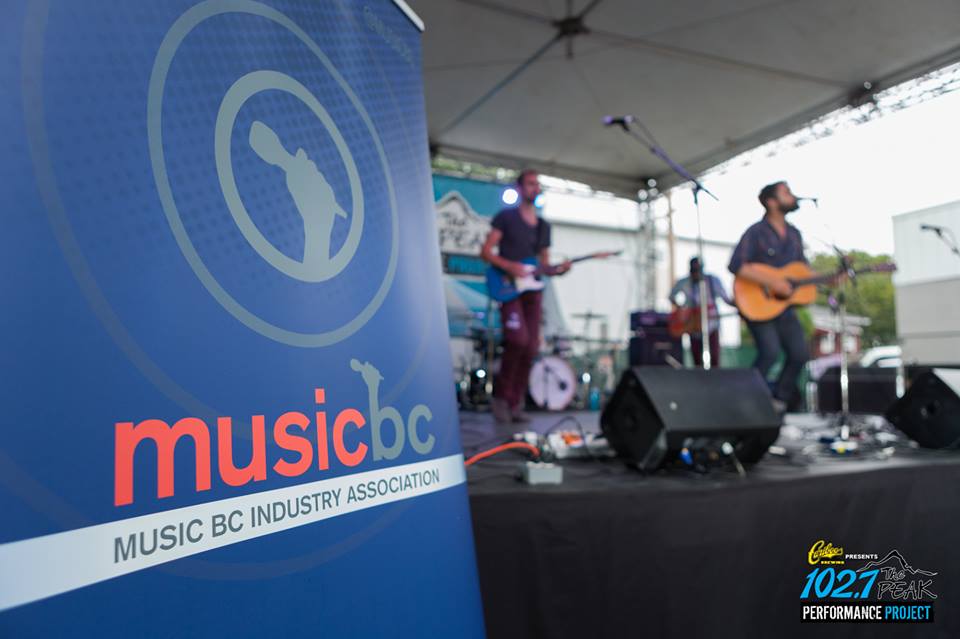 Based on ideas about integrating education, marketing promotion, and funding – basically all the tools needed for artists to succeed – Music B.C, Stanners and the Peak team developed a new plan. And so, in 2008, 100.5 The Peak (now 102.7) was launched in Vancouver.

Once the competition itself was announced, close to 400 submissions came in from across the province, proving a real need for the Project. But there were sceptics, and at the time, the virtually unknown Peak Performance Project had difficulty getting faculty to teach at the Bootcamp portion of their program.

“The growth happened in just people seeing the power of the Project, bringing all of these artists and musicians together, and watching the social media that happened too,” explained Stanners. “Twitter was brand new then and Facebook was relatively new too. We were really using these tools that have never been used before for sharing information.” And as we know now, social media works, and it worked back then to establish the Peak Performance Project’s credibility, resulting in higher caliber bands applying to take part in the provincial program’s second year. 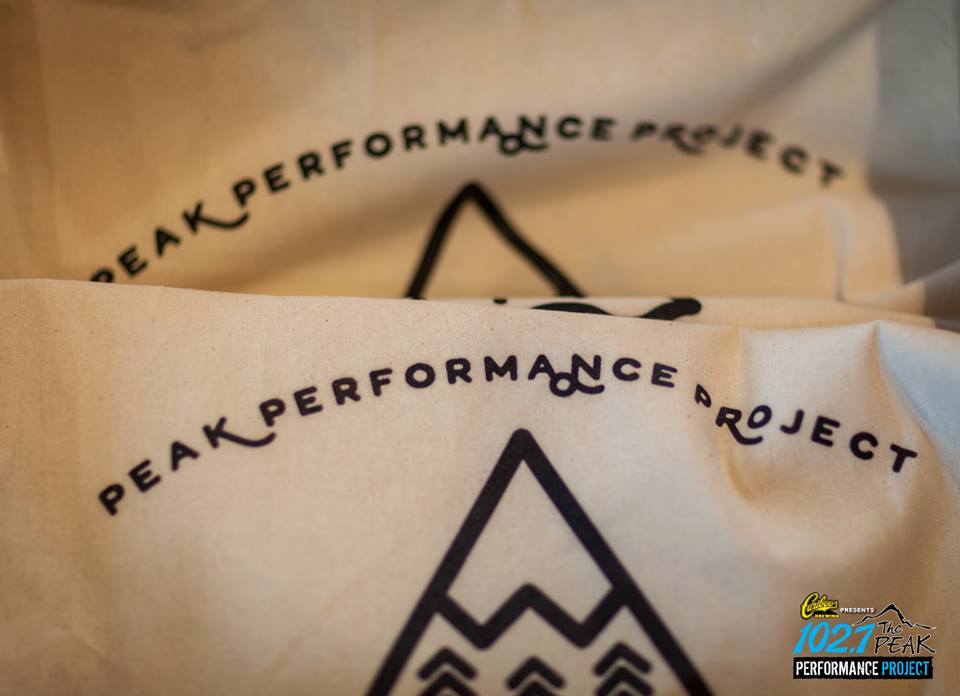 One such band is Vancouver’s Good for Grapes. Formed in 2011, they were two-time participants who had initially heard about the project through other artists. “A lot of the bands that we liked in Vancouver had been through the project or were going through the project, and at first we were too young,” said 22-year-old Daniel McBurnie, guitarist and vocalist in the band. “The rule is you need to be drinking age. By the time everyone in the band turned 19, we applied right away.”

Being one of the lucky finalists selected, McBurnie and his band went through the lengthy – but rewarding – process of being a participant.

To begin, bands must apply online by early spring, and the Top 12 finalists are announced in May. Orientation began in July, with showcases at Vancouver’s Khatsahlano Festival, followed by a week of a mandatory Bootcamp in August. “It’s a really cool thing,” McBurnie said. “It’s kind of like an isolated spot just for musicians and producers.” The Bootcamp is where artists learn about songwriting, performing, marketing and promotion, media training, music law and business, radio tracking, social media issues, industry revenues and touring- all taught by professionals in the music industry. “It’s unlike anything I could possibly compare it to, because where else would you get something like that?” 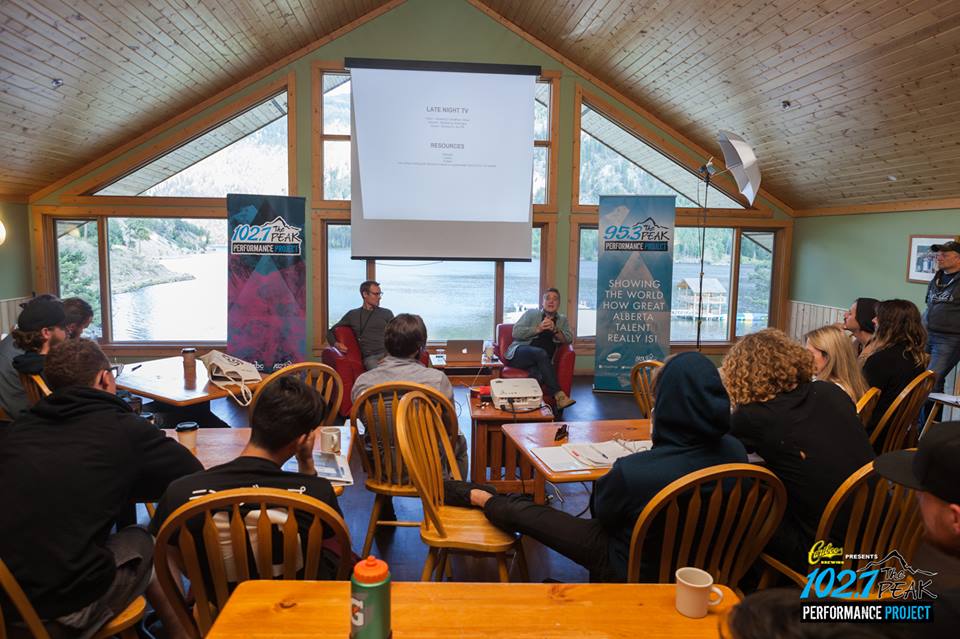 This brings us to now, the fall season of the Peak Performance Project, when artists who have completed Bootcamp take part in a series of showcases at Fortune Sound Club to determine the top three artists. Along with their performances, artists take part in a series of challenges that are aimed to strengthen their careers, and complete a final report about their challenges. Both their performances and their reports are reviewed by professionals, and are part of the artists’ overall assessments.

“When we developed the project, every single task that we gave to each of the bands was part of the competition process, to help their career no matter what. Whether they earn the money or not, they were going to benefit from the projects we made them do. Whether it’s to create a great video that will go viral, or having a great bio, getting a great photograph, putting your website together really well, or coming up with great marketing plans. All of those things have helped benefit bands, and that is a highlight,” said Stanners. “To watch them go on, to hear them on other radio stations in the city, it makes me glad.”

With first place prize winners taking home $102,700 – followed by $75,000 to second and $50,000 to third – to help finance their music careers, this means life-changing experiences to many local artists, such as last year’s first prize winner Good for Grapes. “It’s a really nice landmark in our career,” McBurnie said. “For us it’s been an insane amount of publicity, which is really nice. And radio play that we normally wouldn’t have gotten. And of course the money – it funded our entire record, and it’s getting us out on tour, out to new places, places that we never would have been if we hadn’t had this funding.” 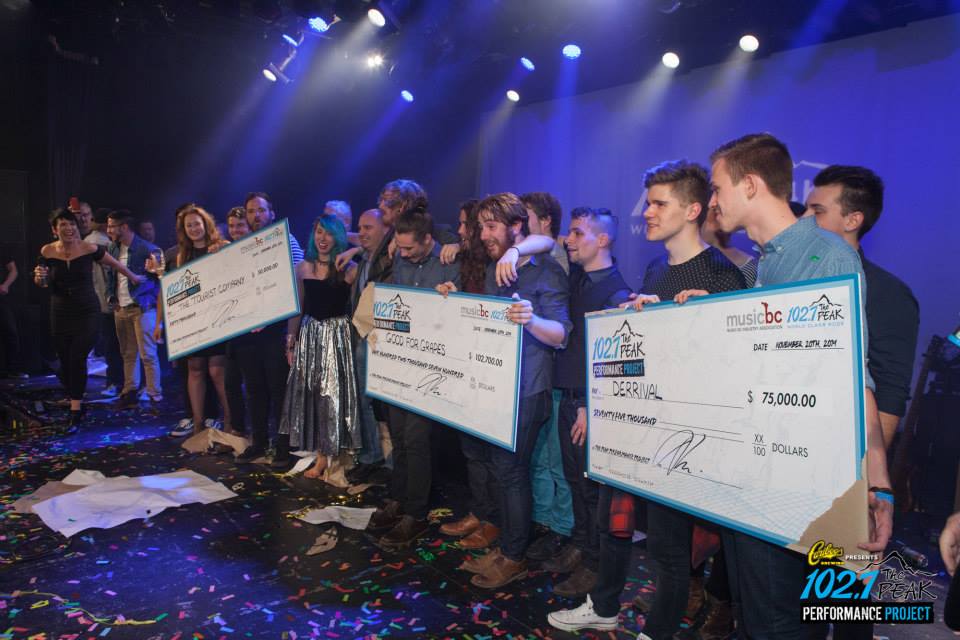 D’Eith added that the prize money also benefited the music community as a whole. “It’s been huge, in a sense, we put $5.2 million in over the last seven years. So it’s helped, not just the artist but the studios, the producers. It’s helped the publicists, it’s helped the whole industry. Because the artists, when they do get their money, they have to spend it in the industry.”

And in the heart of it all, The Peak Performance Project created a community. A local community connected through music, a community that may have otherwise never crossed paths.

“Vancouverites really have been amazing at seeing the talent and these local artists and really being a part of it. They couldn’t do without the support of the music lovers and Vancouver is so exceptional,” said Stanners. “Probably the greatest gift has been watching the community grow, being able to bring together all of these people who maybe wouldn’t have had the opportunity to meet. We’re together for a week getting to know each other and then they bring relationships back home, and those relationships grow and that’s not just the artists but also the producers who came to camp to work with them, and the publicists and venue owners. It really helped to grow the community and make it stronger.”

And McBurnie agrees, adding the overall Peak Performance Project was really eye-opening. “It wasn’t what I expected. It wasn’t as competitive as I thought. It was more about learning and growing with your community. It was a really cool thing to realize that everyone there is trying to do the same thing as you are and we can all achieve it and help each other do it. It was a really great experience.”

Although the Project winds down here in B.C, Calgary was approved for its own Peak Performance Project in 2012, and has five more years to enrich Alberta musicians as it did here. “I’m really excited that they’re starting to do it in Alberta now,” McBurnie said. “It’s really great for them and I really hope that the sheer amount of success that’s come out of this program, and now the Alberta program, will inspire other radio stations to do the same and hopefully we can get something like this back in Vancouver as soon as possible.”

D’Eith predicts that the effect of the Project’s final year will not be immediate, as the alumni will continue working in the industry using the funding over the next few years. “After that, the hope is to try to find something to replace the project, and Music B.C is working on that every day. And trying to figure out a way to fill the void that will eventually be created by the loss of such a significant program. This was a really great example of what can happen when broadcasters and the music industry work together, it’s been a real testament to the partnership. It’s pretty powerful.” 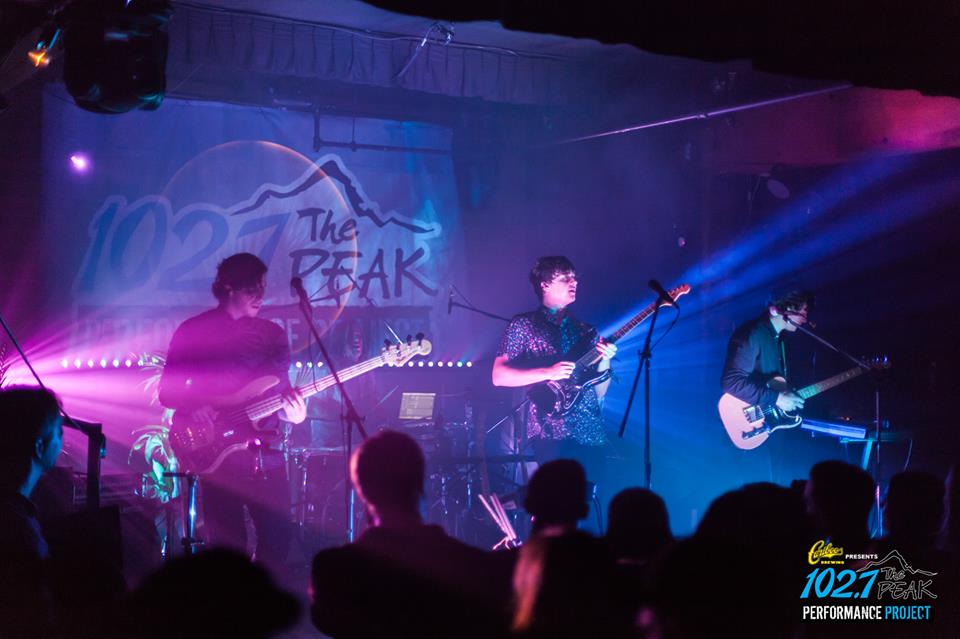 Stanners called the last seven years “the most heart-warming, growing, spiritual and creative experience in my life. It’s too hard to think about it not being here. I know that it served a really incredible purpose and that I am so incredibly grateful to the Pattison Group for allowing us to do this.”

And as for the musicians, it has been an unforgettable learning experience. “It’s clear that it’s the most successful artist development program, at least that I’ve ever heard of,” McBurnie said. “I was lucky enough to have been able to do it twice, so that was incredible. It’s a sad thing that it’s over but I think that they have definitely proven its worth, and I think it’s bound to happen again. I really hope it happens again in Vancouver.”

The Peak Performance Project’s final top three will be announced on October 29 at 3:15 p.m. on 102.7 The Peak. The Finale Showcase will take place at the Commodore Ballroom on November 19.