The new SkyTrain Evergreen Line is one step closer to completion after workers raised and installed the final concrete segment for the new route’s elevated guideway.

Earlier this week, private contractors with EGRT, a private consortium led by SNC Lavalin, installed the last segment on Pinetree Way in Coquitlam.

A total of 1,005 concrete slabs, weighing between 23 to 26 tonnes, were lifted into place by a 300 tonne gantry crane. This includes 618 segments along Clarke Road from Lougheed Station to the south tunnel portal and 387 segments along Pinetree Way from Coquitlam Central to Lafarge Lake-Douglas stations.

Overall, the project is now 60 per cent complete. In addition to the completion of the elevated tracks, the at-grade (ground level) guideway through Port Moody is finished, station construction is well underway, and tunnel boring for the two kilometre long underground span has reached its halfway mark.

However, issues with tunnel boring have delayed the project’s completion and opening date by several months. Tunnelling is progressing at a slower pace than anticipated due to poor soil conditions, and surface sinkholes have appeared at locations where the tunnel boring machine stopped for maintenance.

The $1.4-billion project, funded by both senior governments and TransLink, was originally scheduled for a mid-summer 2016 completion, but it is now slated for a fall 2016 finish. When complete, it will become a seamless direct extension of the existing Millennium Line: it will take commuters under 35 minutes to travel from VCC-Clark to Lafarge Lake-Douglas stations and 15 minutes from Lougheed Town Centre to Lafarge Lake-Douglas stations.

SkyTrain will also reclaim its title from the Dubai Metro as the world’s longest automated rapid transit system in the world. 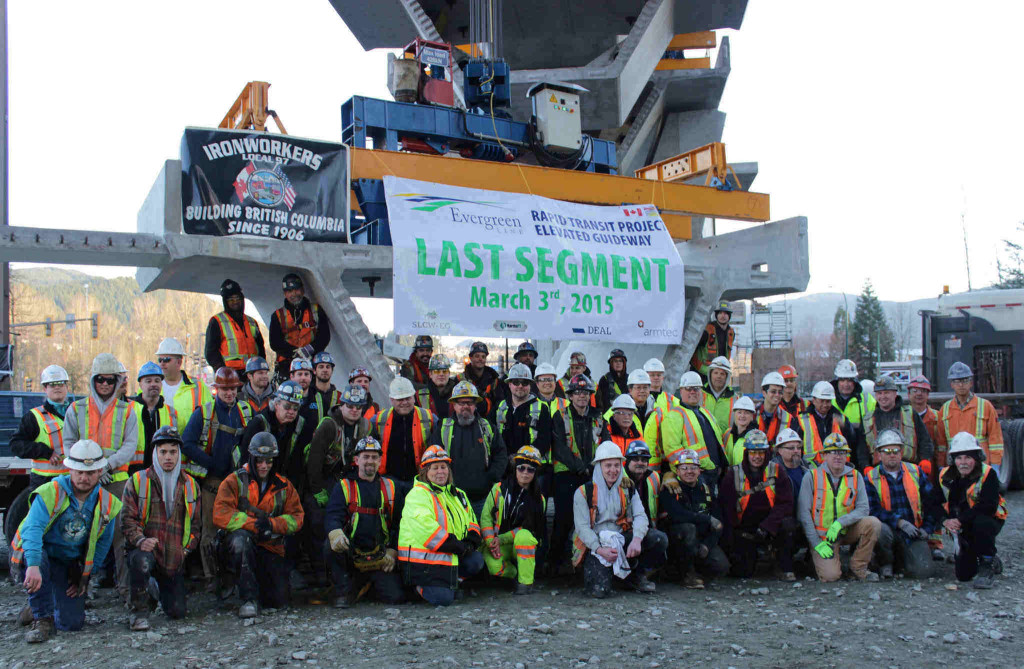