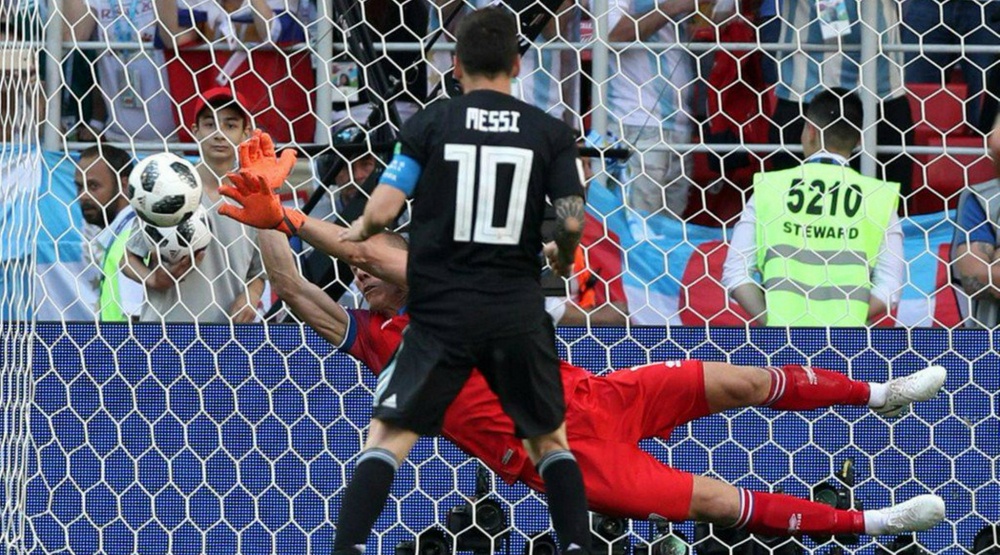 The world may still have been buzzing in the afterglow of the epic game between Portugal and Spain on Friday, but there was plenty of action in the four matches played on Saturday at the 2018 FIFA World Cup in Russia.

This was a match that never had the potential to follow in the footsteps of Spain and Portugal.

France missed several early chances, and only claimed victory after a series of second half mistakes by the Australians.

Antoine Greizmann opened the scoring the in 58th minute, after a video review awarded France a penalty kick.

The lead didn’t last long, with Mile Jedinak pulling one back for the Socceroos shortly thereafter.

Well played, @Socceroos, and best of luck in your next match. Respect. 🤝#FiersdetreBleus #FRAAUS https://t.co/4ydCNhg7BB

It’s been 20 years since Les Bleus won their first and only World Cup in 1998. Head coach Didier Deschamps has several bona fide superstars in his squad, but France has a lot of work to do if they’re going to be legit contenders this year.

Next up for France is a match up with Denmark on Thursday, and Australia will be in a fight for their World Cup lives against Peru later the same day.

This was the game of the day featuring two-time World Cup winners Argentina, and newcomers Iceland, who were making their World Cup debut.

Iceland’s soccer dream is continuing in Russia, after an impressive Euro 2016 in which the tiny nation made it all the way to the quarterfinals.

Argentina started the match on a positive note, opening the scoring through Sergio Aguero in the 19th minute.

The biggest moment of the match came in the second half when Argentina was awarded a penalty kick.

Lionel Messi stepped up to the spot, but Iceland ‘keeper Hannes Halldorsson guessed correctly and stopped the shot.

Both teams now have several days to prepare for the next matches. Argentina will play Croatia on June 21st, and Iceland will play Nigeria on June 22nd.

2018 marks Peru’s return to the World Cup finals for the first time in nearly 40 years.

Call it a case of nerves, but things didn’t go Peru’s way, failing to score on numerous occasions and badly missing a penalty kick in the second half.

Denmark were the more adventurous of the two sides after half time, and their shift in strategy was awarded when Yussuf Poulsen scored the only goal of the game in the 59th minute.

The final match of the day between Croatia and Nigeria was nothing to write home about, with a Nigerian own goal and no shots for either time in the first half.

Just like the other three matches played on Saturday, this saw a penalty kick awarded to Croatia in the second half of play.

Luka Modric scored the penalty kick, sealing the win for Croatia, and putting them to the top of the standings in Group D.

They will face Argentina on Thursday. pic.twitter.com/RisgxRq1jL

What to watch on Sunday

We’ve already seen Portugal, Spain and Argentina, and Sunday we’ll see other contenders in Germany and Brazil play their first matches of Russia 2018.

Fans of the Vancouver Whitecaps will also have reason to be excited when Kendall Waston and Costa Rica play their first game of the tournament against Serbia.