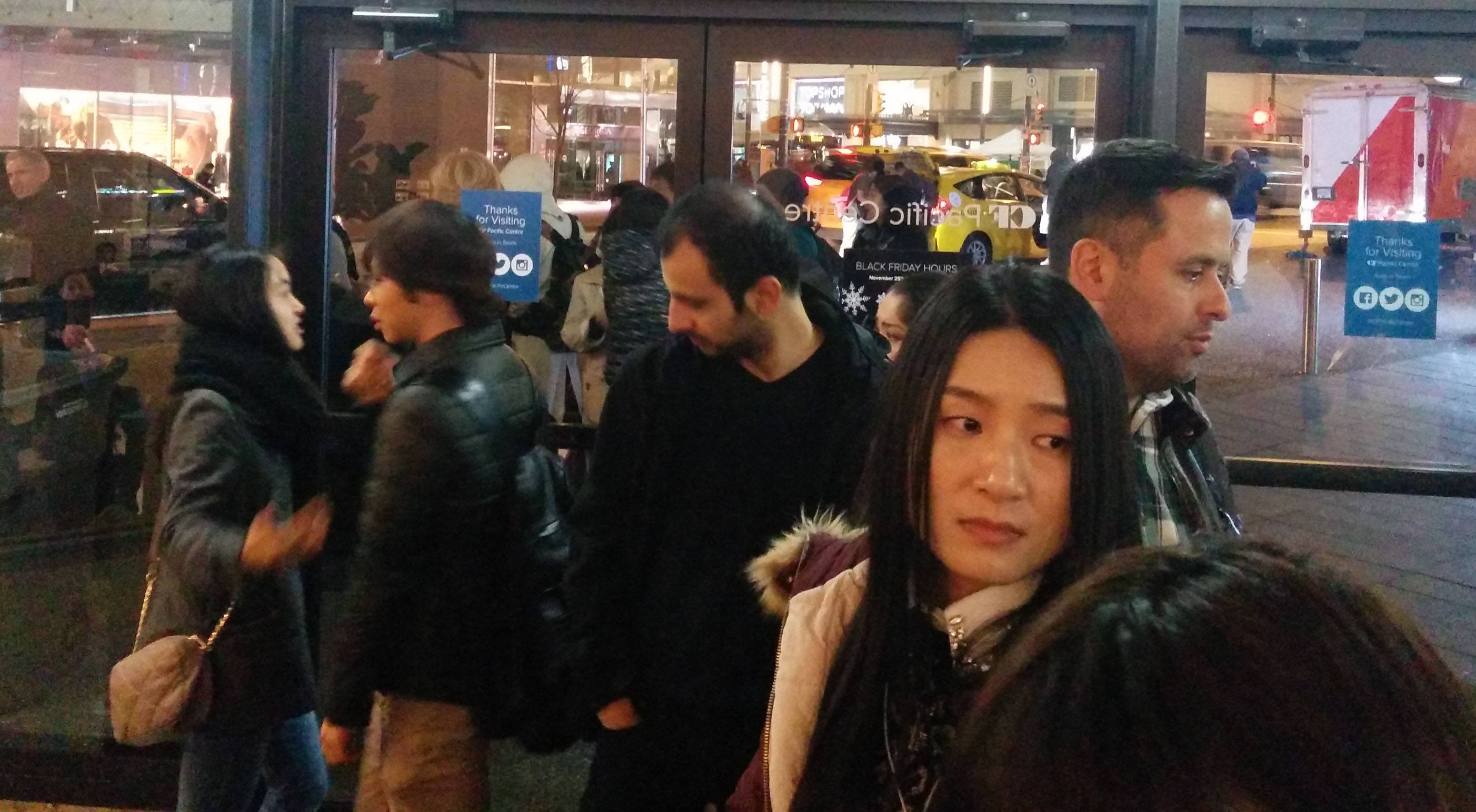 Fido customers in Vancouver were fuming on Monday night, after finding it impossible to get Fido’s limited time $40 for 4GB promo for existing customers.

Fido ran the offer for four days only, to compete with Virgin Mobile, which had begun offering new customers the same limited time deal.

The Virgin Mobile deal itself came after Telus-owned Public Mobile offered a $38 for 4GB promo plan – and like a house of cards, it all fell down on Monday.

On Monday, the final day of the deal, Fido customers formed huge lineups outside stores across Vancouver, including their location at Pacific Centre Mall. 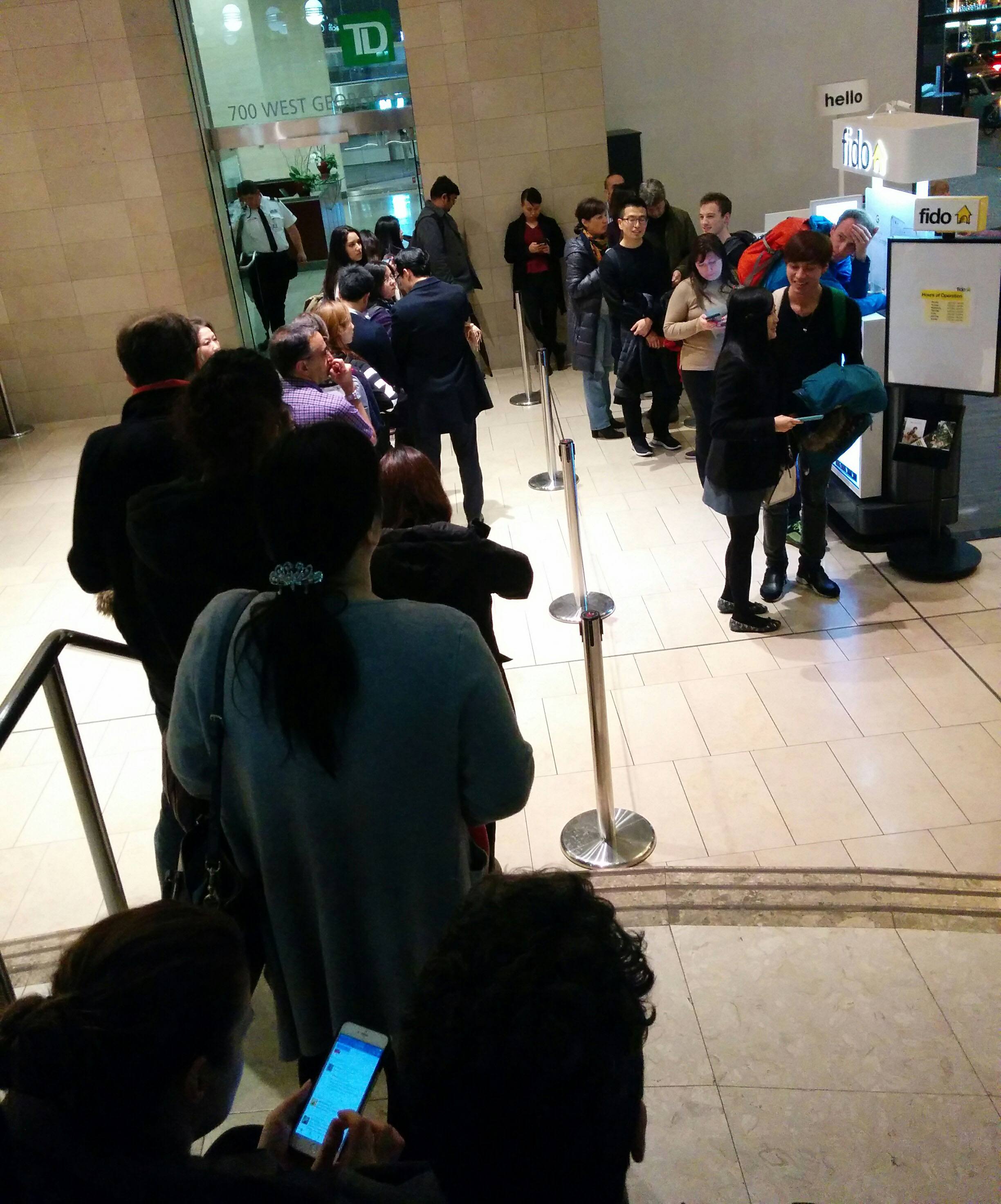 By 5:30 pm, there were about 50 people waiting to get the deal, having been unable to get through to Fido by phone or via online chat despite days of trying.

At about 6 pm, the store manager decided to arbitrarily cut off the lineup, turning away about a quarter of the customers waiting, seemingly for security reasons. This, despite the fact those people had arrived well before closing time at 7 pm.

Cue lots of angry customers who now had no way to get the deal.

It was a similar story at Fido locations across the city as customers clamoured to get a piece of the cut price action before the deadline.

So what caused the long line ups and angry customers?

Did Fido simply underestimate the demand from their customers to get a better deal? And will those who were turned away before the deadline still be able to take advantage of it?

“We regularly have limited time offers that expire within a certain timeframe. Interest in this four day promotion was huge and resulted in a higher than normal volume of enquires in store, online and through our call centres. While not all customers were able to take advantage of this promotion, we often have special offers on the go and encourage them to keep an eye out for upcoming deals.”

In the meantime, of course, customers all over Canada are losing their minds over this. Fido’s answer so far seems to have been to DM people responses and say nothing publicly.

@binkowski @Fidomobile @FidoSolutions at least your call got answered @binkowski. My call wouldn’t even connect.

Lineups at #Fido right now… jeez. What about customers who actually need something done?? pic.twitter.com/zbixdZWWUy

@Fidomobile I am trying to call 611 to talk to someone and it just hangs up on me. Some message about “things beyond your control.”

@FidoSolutions @Fidomobile I am still waiting for a response. I want to change my plan.

Wait 3 hrs on the phone to speak with someone and @FidoSolutions disconnected the call. Time to switch to @Virgin?

. @Fidomobile @maggietann Same experience in last three days. Do you guys have a lay-off or something in your customer care dep.?

@Fidomobile hey, been trying to reach the 611 hotline for the whole weekend and the past hour but it’s telling me it’s still closed…

@Fidomobile I would like to switch to the $40/4GB plan but can’t get through on phone or chat! Please advice! Thank you!

Shout out to @Fidomobile ! Been over three hours and STILL CAN’T TALK TO A REP!!! They’ve given out my number to use to call other ppl..

@NeyoushaA Hi there! Sorry for the wait-time, we’re getting a higher number of requests then usual! I just replied to your DM. ^Co

@FidoSolutions This is getting ridiculous. I can’t get help from any of your social media AND I can’t call. #frustrated

@Fidomobile Hi Fido, I’m waiting in line to do the $40 plan, the wait is hours long and the 1800 number is closed. Is there any other way?

@tarynwong @FidoSolutions C’mon Fido… At least confirm you’re extending this plan since none of us can get a hold of you!