Mr. Robot, the smash hit show starring Rami Malek, Carly Chaikin and Christian Slater; has inspired a group of ‘fsociety’ (the fictional hacker collective on the show) acolytes to hack the real world with the help of the streaming service shomi.

For those of you not in the know, Mr. Robot follows Elliot, a young programmer, who works as a cyber-security engineer by day and as a vigilante hacker by night. The show received rave reviews on its original release, and is currently available to enjoy in all of its binge-watching glory exclusively on shomi.

A recently activated Instagram account @hell0fr13nd, ties the digital world to hacked Mr. Robot ads that have appeared around Vancouver. The cryptic posts have enticed the curious out from behind their desks to hunt for mysterious locations containing real life cash.

The fictional ‘fsociety’ from the show is hiding real $50 bills in secret locations around the city. Finding one for yourself is as easy as searching #anewsocietyrises on Insta and doing some simple geo-sleuthing.

Check out these great posts from Vancouver peeps. 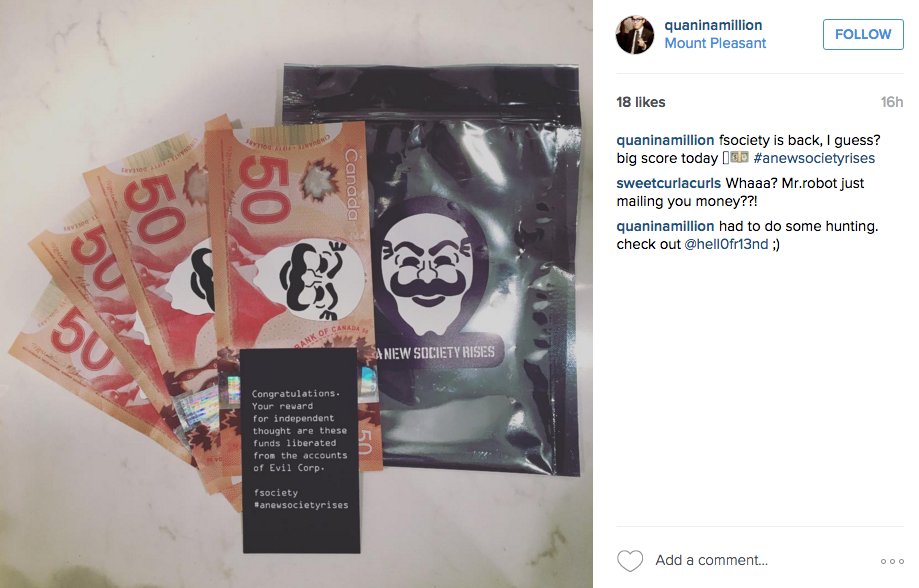 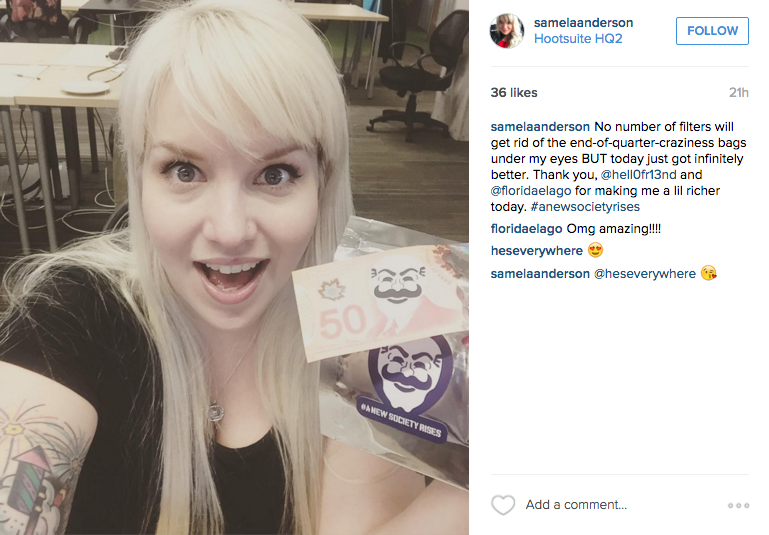 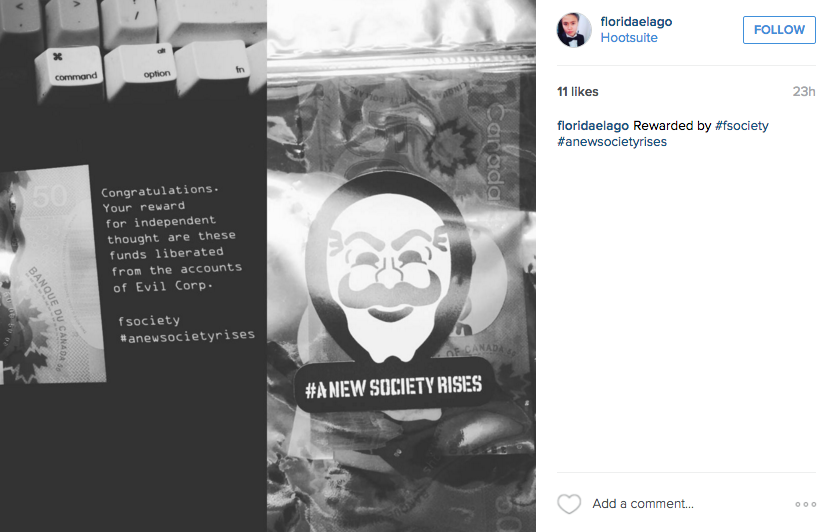 Stay on top of the @hell0fr13nd Instagram feed by using the hashtag #anewsocietyrises for your chance to win some sweet cash.