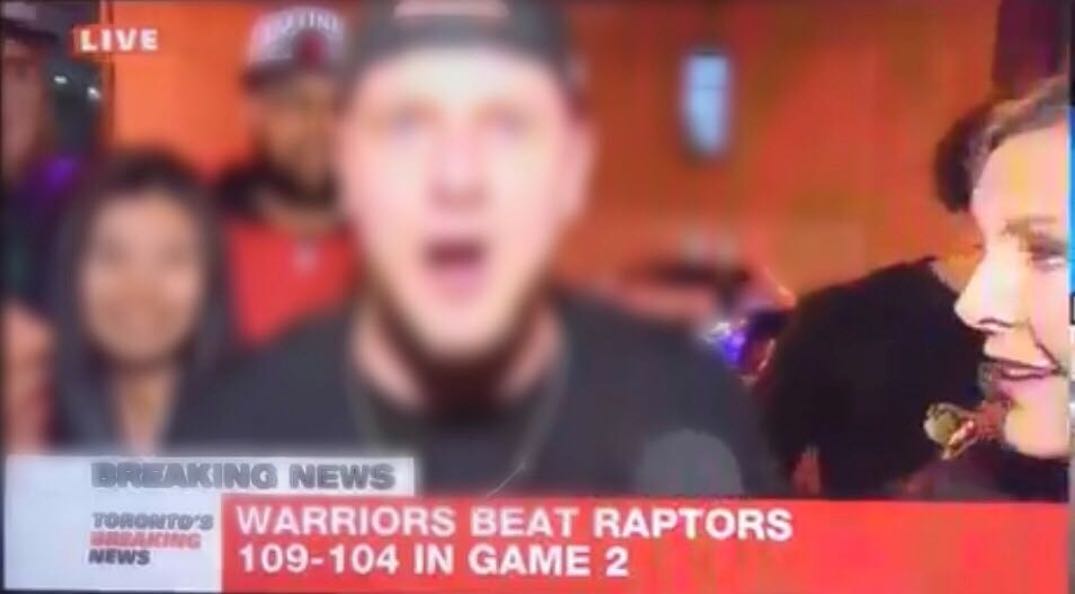 A 28-year-old man has been arrested after a ‘FHRITP’ comment on live television in Toronto.

On Sunday night, while a CP24 reporter was doing her job after the Toronto Raptors lost to the Golden State Warriors, the man decided to yell “f*ck her right in the p*ssy” (or FHRITP) live on air.

And according to Toronto Police, on Monday, June 3, officers became involved in a mischief investigation that had occurred at 11:10 pm on June 2 in the University Avenue and Fronts Street West area.

Police say it’s alleged that a reporter had asked a man to comment regarding the Raptors win. At the time, the man was advised it would be broadcast on live TV.

During the interview, investigators say “he uttered profane phrases” and then he then ran away.

Tristan Warkentin is charged with Mischief – Interfere with Lawful Operation of Property.