This past weekend’s Vancouver Folk Music Festival was pure jubilation. Often with festivals these days, the need for security and the focus on “can’t” and “shouldn’t” can sometimes outweigh the celebratory nature of what a festival should be. Not so with the VFMF.

The relaxed, accepting and overall joyful atmosphere made it a true pleasure to attend. Even with competing Pemberton and Fusion Festivals happening on the same weekend, VFMF drew large crowds of happy, eager festival-goers all ready to relish in some very good music. 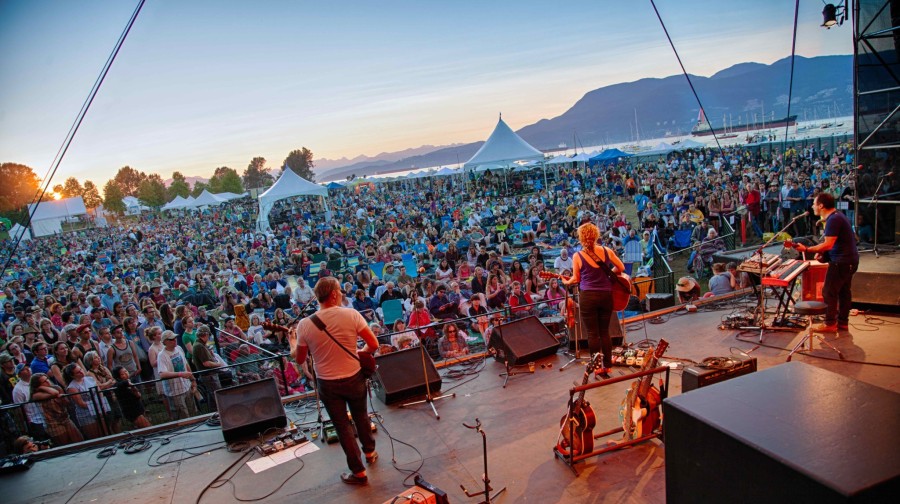 And good music was plentiful. With six stages to choose from, there was much to be heard. Big headliners like Said the Whale, Richard Thompson, Angélique Kidjo and Adam Cohen drew big crowds to the main stage, but let it not be said that the concurrently running Stage 3 was in any way a second choice. Shortly after festival highlight Pokey Lafarge and his band took to Stage 3 for their Friday night show, the crowd swelled as people were drawn by the irresistibly funky music. A mix of dixie, swing, jazz and other genres, the band took the VFMF vibe to the next level. Live clarinet, fantastic trumpet and the playing of a washboard ensured that not a head in the crowd was still; most bodies were swinging, dancing, and head-bopping to the intensely feverish music.

Perch Creek from Australia was another crowd favourite, with strong female vocals and a sound that easily drew people from other stages. Their energy kept the crowd going in the heat of the day, making people want more, urging more from the musicians. Hopefully Perch Creek will come back to Vancouver to perform again for eager audiences.

Music of many varieties could be heard throughout the grounds, including a Venezuelan-Caribbean fusion by group La Gallera Social Club. This group’s powerful musicians produced a sound perhaps unique to the VFMF, but loved and very much appreciated, by the volume of the cheers and the intensity of the dancing crowd.

The daytime workshops were a particular success – different bands chosen by VFMF to play together at various time slots throughout the festival. Being able to see three or four separate bands all playing individually, and then also as one group was a very creative way to bring musicians together. Impromptu jam sessions delighted the fans and made the day stages more about the overall musical style then the bands themselves.

The festival grounds were spread out just enough to keep the sound from most stages separate most of the time, which can be a hard feat to accomplish. As a festival’s reception is often only as strong as its organization, it is a pleasure to write that this year’s VFMF was a resounding success. Thanks to the many volunteers and staff who kept the grounds very organized and garbage-free, and who manned the informational booths accessible to the public. Thankfully in the intense heat, water stations and other amenities were plentiful, and staff did their best to accommodate those with special requests.

Also of note was the artisan market located just outside the festival gates. Accessible to both festival attendees and the general public, the numerous booths of goods offered a range of items: clothing, art, jewelry, pottery and everything in between. Music lovers could easily have a break from the sweltering sun by taking refuge in the mostly shady artisan market, shopping until the music drew them back.

VFMF is an event to be attended yearly. A comfortable and stress-free atmosphere, the festival is a perfect environment to hear many styles of music played by very talented musicians. This, accompanied by a wide range of available culinary delights, and last but not least, a large artisan market make it a must-do, and the perfect family event for a hot summer weekend. 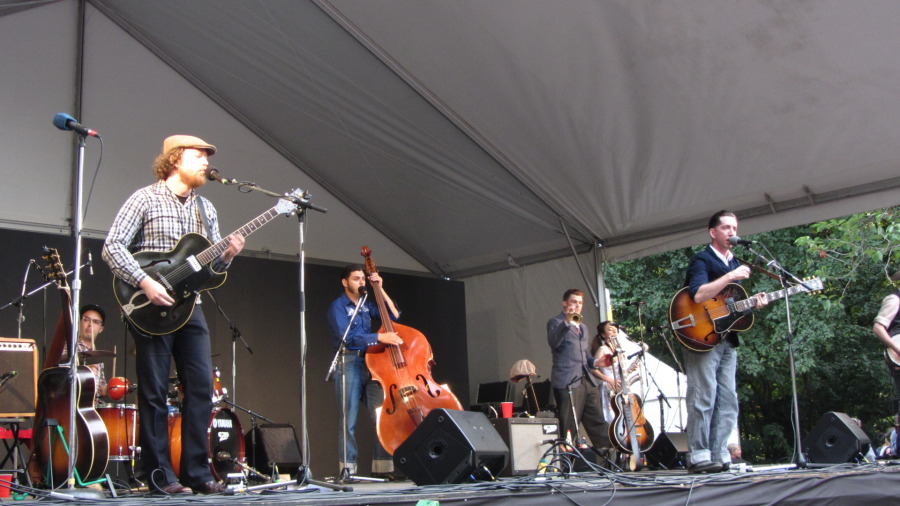 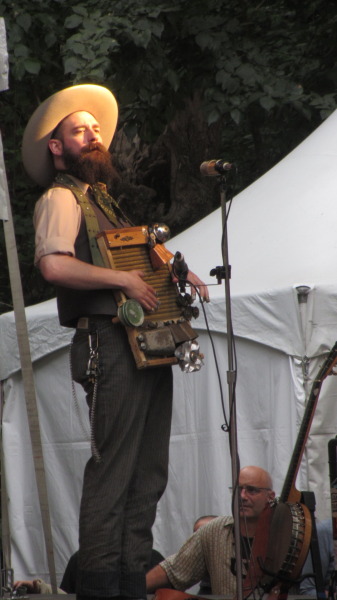 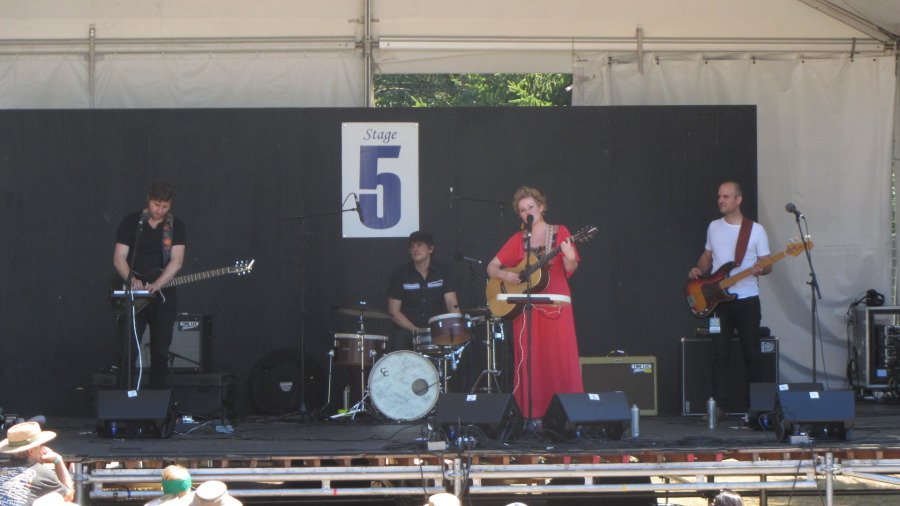 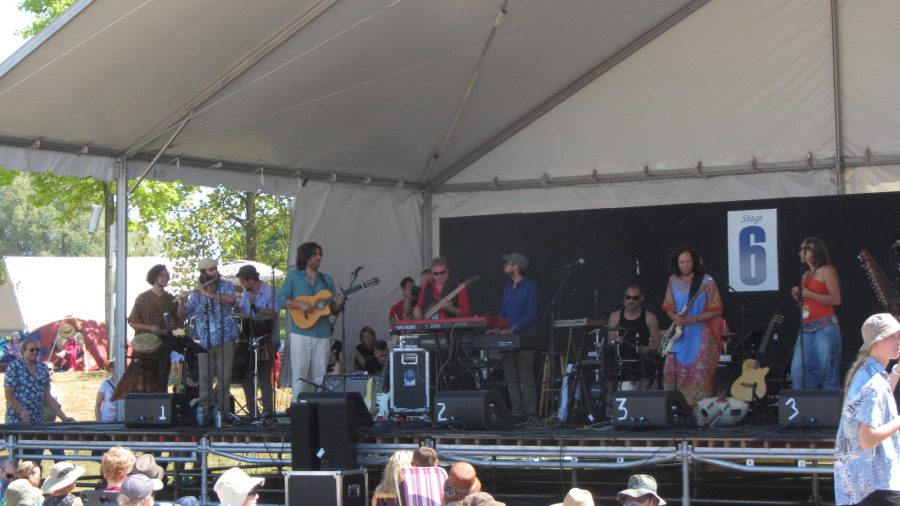 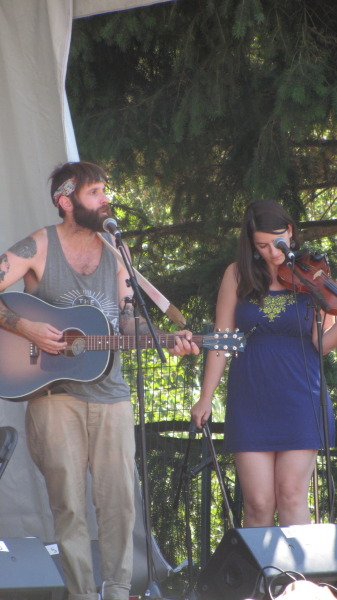 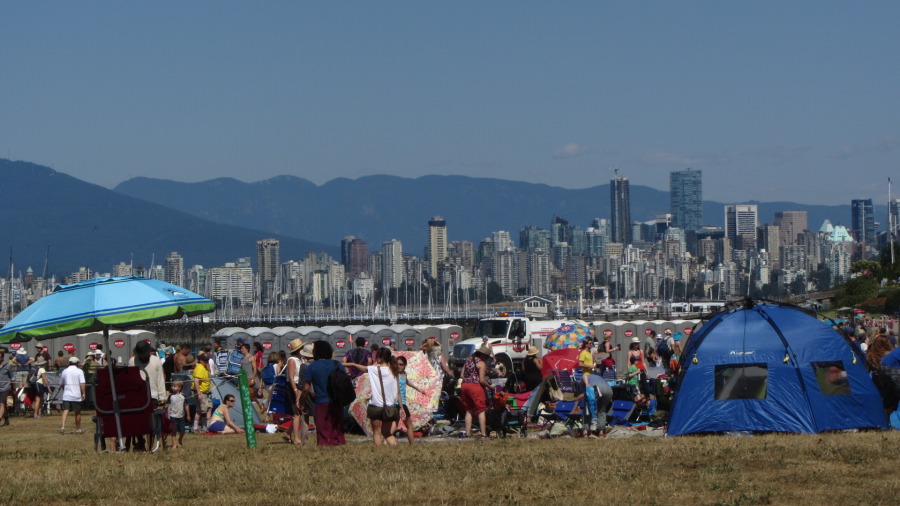 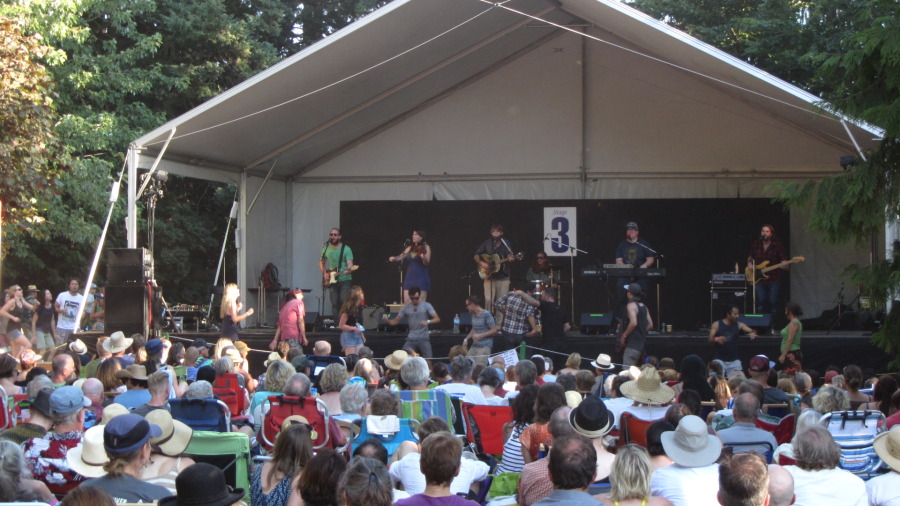