A passenger ferry service linking Vancouver and Victoria’s Inner Harbour has taken a giant leap closer to launch, and the first vessels are expected to set sail as soon as this summer.

The lease between Riverside Marine and GVHA includes office space for the company’s Canadian corporate operations, as well as the waterfront area.

The ferry service will be conducted on two catamaran ferry vessels, offering a capacity of 300 foot passengers apiece, and two daily sailings. Riverside Marine, however, has indicated their service is not aimed at commuters, but rather a more upscale tourist clientele.

A single one-way trip is expected to cost about $80 and take approximately three hours from end to end.

Riverside Marine said they plan to work with Tourism Vancouver, Tourism Victoria, Destination BC, and other tourism agencies in order to create an “iconic tourism experience which brings even more visitors to BC.”

Ian Robertson, CEO of GHVA, said in a news release that the lease signing signals they are “officially welcoming a new transportation service and tourism experience” to Victoria, noting the new business “aligns with the historical use and adds vibrancy and life to Victoria’s Steamship Terminal Building.” 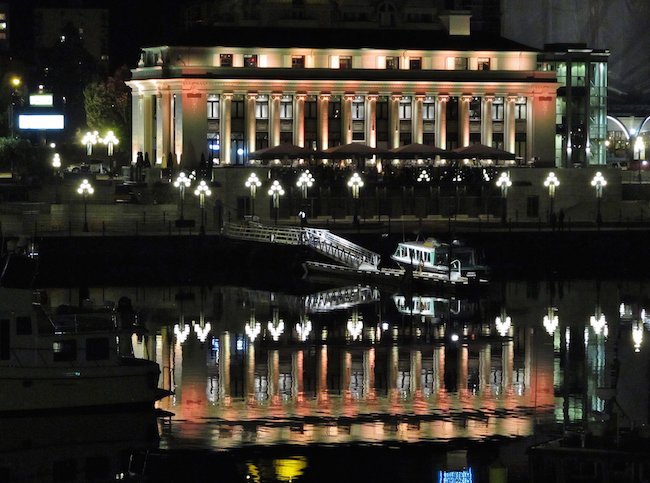 The Steamship Terminal Building, which was built in 1924, is a key structure in Victoria’s maritime history. It was previously used as the Wax Museum.

Preliminary service is expected to get underway in summer 2016, with full service in place by 2017.

Riverside Marine’s V2V service is following in somewhat choppy waters; prior Vancouver to Victoria Inner Harbour service has shut down due to an inability to stay afloat financially. Favourably for this new venture, however, is the increased density in downtown Vancouver, as well as the spike in tourism in Vancouver, and within BC for travellers staying in Canada due to the falling dollar value.