Vancouver has long enjoyed a wealth of female bartending talent, and with a string of recent wins at high-profile bartending competitions, the ladies are continuing to shake up the cocktail scene at home and abroad.

Below are three female bartenders whose victories prove they can hold their own amongst the best in the business (along with recipes for their winning libations).

Armed with dynamic personalities, confidence and refined skills, these gals are truly at the top of their game. 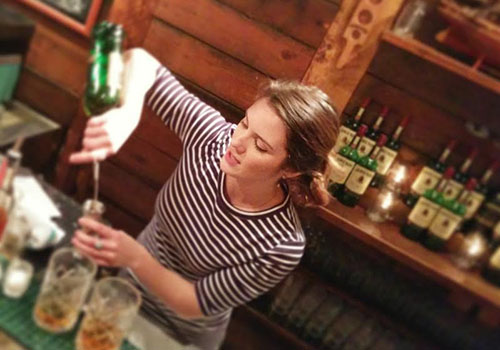 Before moving to Vancouver two years ago, Ingram earned her chops in the hospitality industry while studying post-secondary theatre on the East Coast. Following a stint working with the Donnelly Group of restaurants in Vancouver, Ingram joined UVA Wine & Cocktail Bar as Lead Bartender, where her past experience as a performer only further lends to her flare and panache behind the bar. 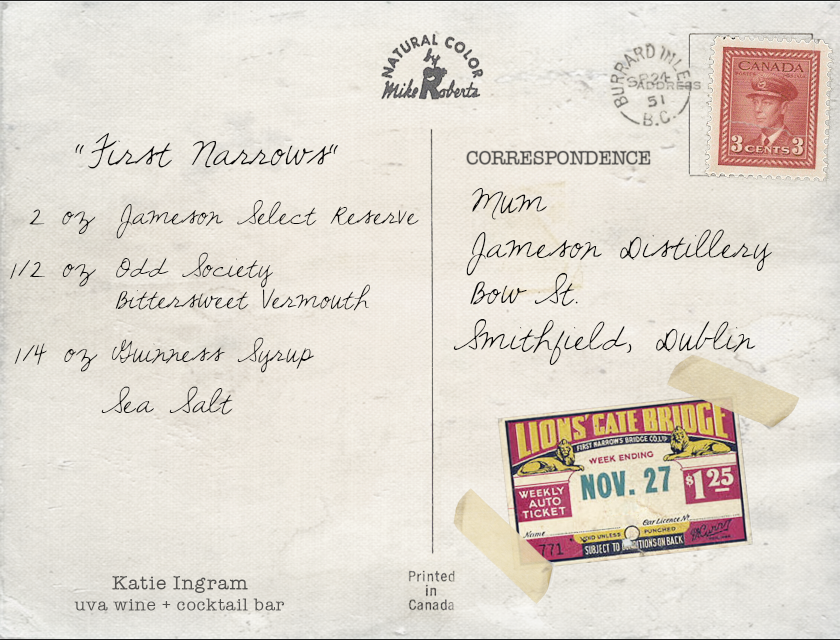 For the Barrelman Bar Battle, Ingram was tasked with creating a locally-inspired cocktail with Jameson whisky in mind. After researching the history of Irish influence in Vancouver, she discovered that the Guinness family was directly involved with the construction of the Lion’s Gate Bridge. Ingram based her cocktail on a fictional story of a “Jameson family member who decided to move to Vancouver in search of a better life.” Her cocktail was submitted on the back of a postcard, addressed to ‘Mum’.

Add 32 oz of Guinness (about two cans) into a pot and bring to a boil. Lower to medium/low heat and simmer until it is roughly 8 oz. Add equal parts white sugar to create your syrup. Add 2-3 dashes of Bittered Sling Malagasy Chocolate Bitters for added flavour. Stir until the sugar has been diluted, and keep refrigerated for a maximum of 2 weeks. 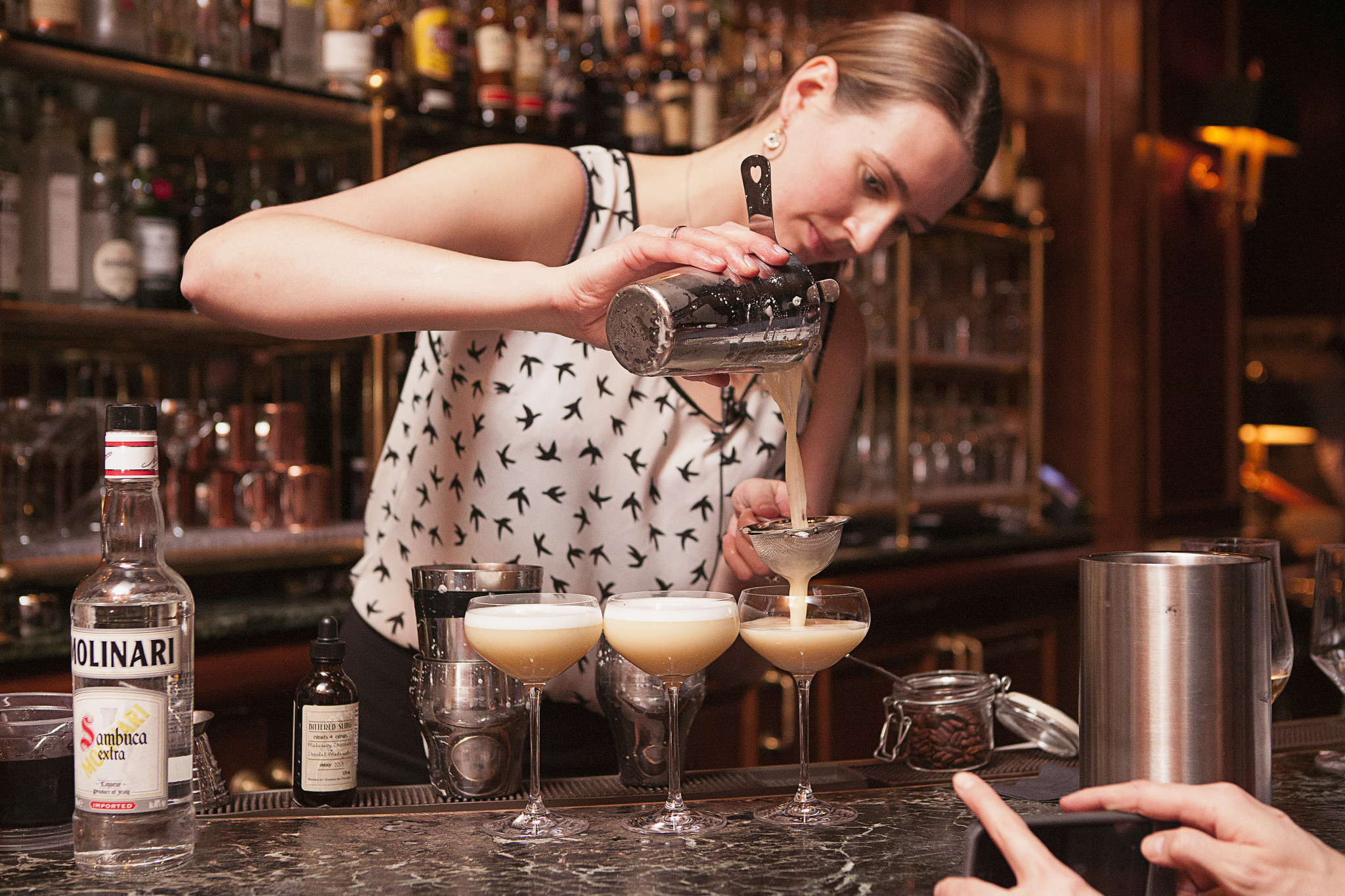 This past June, Sabrine Dhaliwal of West Restaurant took home the top prize in The Challenge, Belvedere Vodka’s legendary martini competition held in London, England. Dhaliwal previously won first place in the Molinari Sambuca Cocktail Competition held at Boulevard Kitchen & Oyster Bar back in March. Her winning streak is a true testament to how far she’s come in her short time in the industry.

Dhaliwal’s career began at Reflections at the Rosewood Georgia Hotel, as a server. While delivering the beautiful and amazing drinks of Robyn Grey and the late Derek Vanderhyde, Dhaliwal soon got the itch to start creating her own cocktails. There In 2012, she joined Kale & Nori Culinary Arts (the predecessor to Bittered Sling Bitters), a boutique catering company founded by Lauren Mote and partner Jonathan Chovancek. Here, she bar-backed at countless high-profile events and slowly began amassing her own signature cocktail style. It wasn’t long before she was introduced to David Wolowidnyk at West Restaurant — one of the most knowledgeable spirits and cocktail professionals in the world, now presiding at CinCin — where Dhaliwal honed her craft for three years before taking the reigns as Bar Manager. 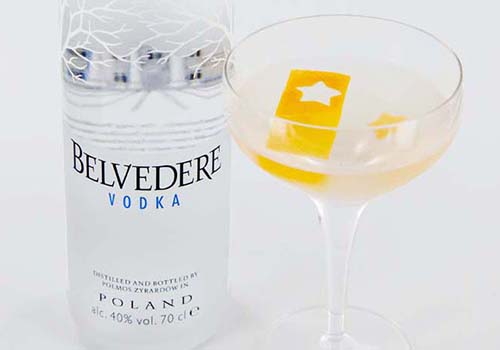 It was Dhaliwal’s vodka-forward ‘Pink Skies’ cocktail that won her the title at Belvedere’s “The Challenge.” Since vodka often gets a bad rap from bartenders who find it “flavourless” and “unsophisticated,” I asked her why she thinks its important to include vodka in a cocktail program. “It’s a tool to gain trust,” says Dhaliwal. “So many of our guests claim they don’t like gin or other spirits. So if we can create delicious cocktails with vodka and gain their trust, we are then able to open their minds to different spirits and cocktails.” 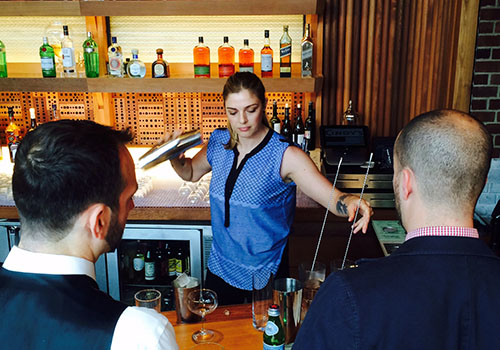 Lauren Mote, co-proprietor of Bittered Sling Bitters and Bar Manager at UVA Wine & Cocktail, was named the 2015 Diageo World Class Canada Bartender of the Year last month in Chicago, Illinois. Deemed Canada’s largest and most celebrated bartending competition, Mote is the first woman to win the prestigious title, and only the second woman to compete at the national level alongside her close friend Danielle Tatarin of The Keefer Bar.

Mote boasts more than 14 years of expertise in the food and beverage industry both in Toronto and on the West Coast, including stints behind the bar at Le Sélect Bistro, Lumière, Goldfish Pacific Kitchen, Hawksworth Catering, Chow Restaurant and the Refinery, and is a well-respected speaker, industry advocate and hospitality consultant. Earlier this year, Mote was also honoured with the title of Bartender of the Year at the 2015 Vancouver Magazine Restaurant Awards. 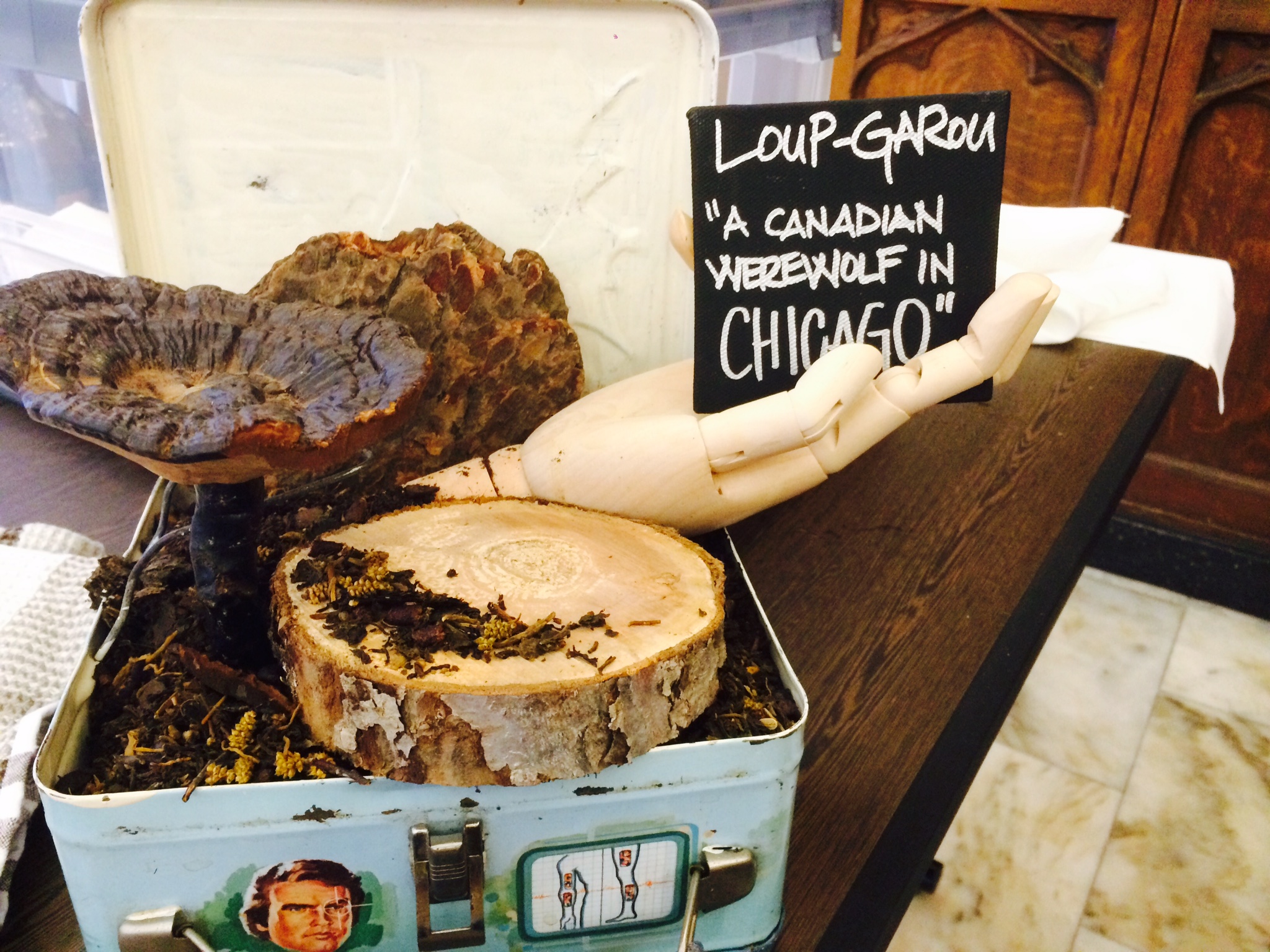 For the “Sensorium” portion of the Diageo World Class Canada competition, Mote wowed the judges with her “Loup-Garou” cocktail, inspired by mythic tales of werewolves roaming the Scottish moors. Conjuring thoughts of “peat smoke, campfire cracklings, footsteps, heavy breathing and silver bullets,” this cocktail is truly terrifying — in the best way possible.