Patrick Leung: Hey, what’s up Felix? Thanks for meeting with me on such short-notice. How’s it going man?

Felix Cartal: It’s going well! Just got back from Dallas a couple nights ago and it’s a bit windier in Vancouver than usual!

PL: Yes agreed! Your bio on your Twitter reads, “I’m extremely good-looking and very modest” [laughs]. Care to expand on that? I’m kidding, ok, for those who don’t know who you are, tell us a little about who you are and what you do. 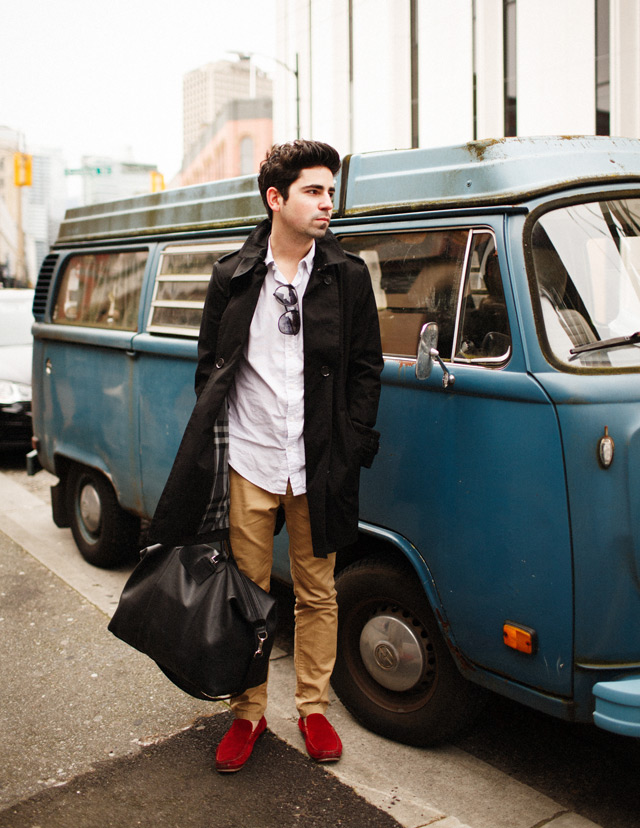 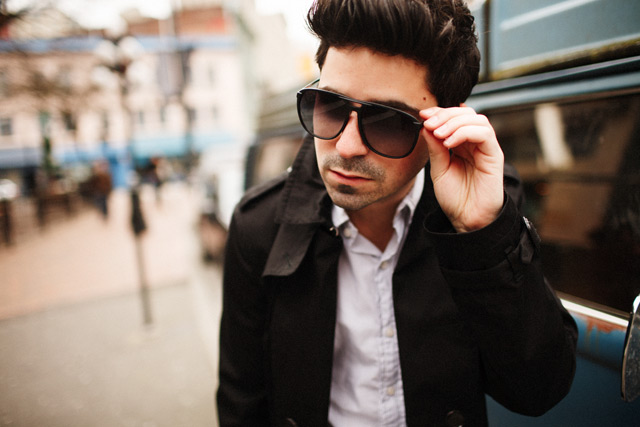 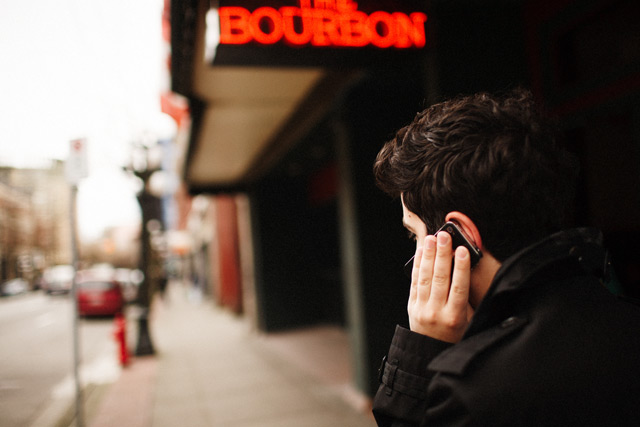 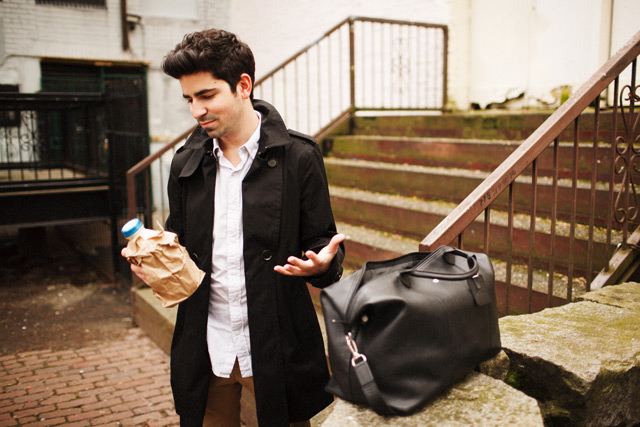 PL: I’m sure the ladies in the audience would like to know: what do you look for in a girl?

PL: Do you spend a lot of time on social media? How do you feel about the whole advent of sharing your music online, online marketing, YouTube, etc. It’s so easy {and difficult] nowadays eh?

FC: Yeah I’m pretty addicted to Twitter to be perfectly honest. But it’s been a great way for me to really take control of my own career. I love the way it humanizes celebrities, it gives everyone a chance to relate to people you maybe wouldn’t think that you would. As for sharing music, it’s unreal, I can put a track up and within an hour, have a thousand hits and a lot of instantaneous feedback. I love the speed of everything right now. 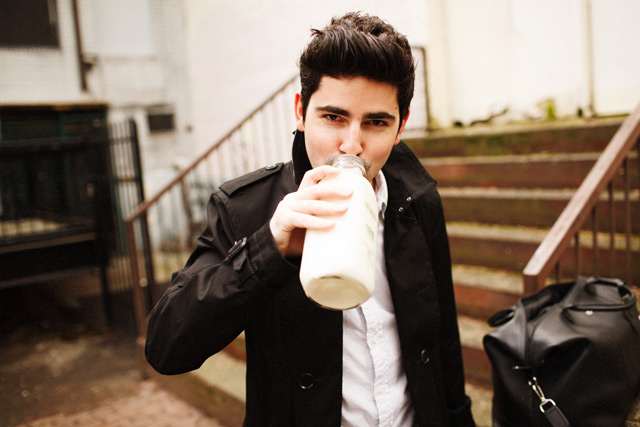 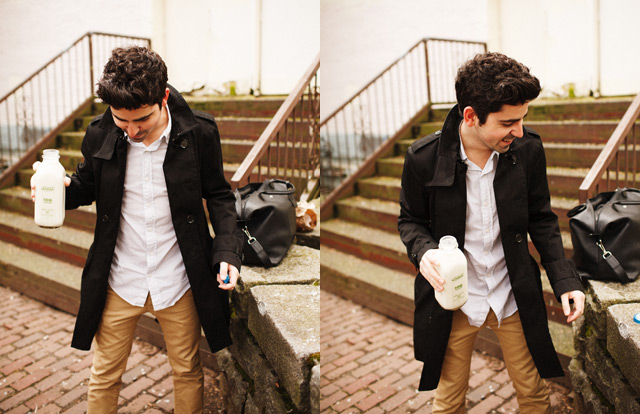 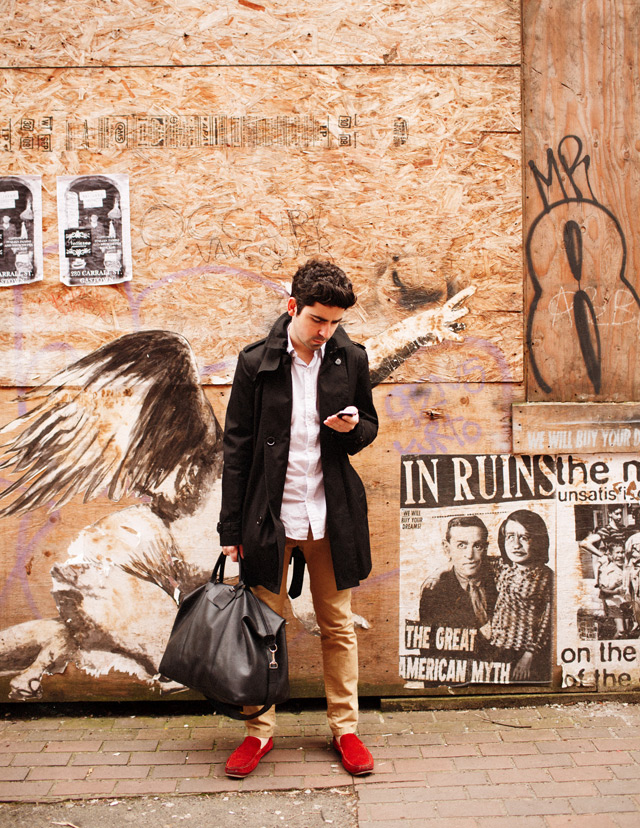 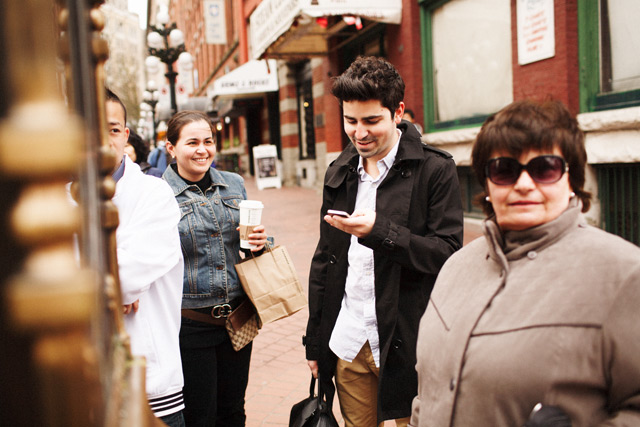 PL: When did you start getting into music? What kind of instruments did you play? Were you a band geek?

FC: Haha a band geek for sure! I actually never went outside during lunch when I was in highschool, I totally stayed in the band room (how bad is that!) I played in a few bands as well, punk bands, prog rock, I sort of did it all. I sang, albeit horribly, and played bass.

PL: “Slappin’ da bass”. So, you played in various bands as a bass player and then transitioned to Electronica. How’d that happen?

FC: I was getting into software on the side, just for fun, and then once the band broke up I started to put a lot more of my free time into it.

PL: Who are your fav musicians/producers growing up and who inspired you to be the musician you are now?

FC: Growing up hmmm… it’s such a wide variety, The Beatles, Supertramp, Steely Dan… on the punk side of things, NOFX, Lagwagon, The Blood Brothers, Lightning Bolt, and then groups like The Mars Volta, Godspeed You Black Emperor and Radiohead. Once I started writing electronic music I’d say James Holden and Vitalic were very big inspirations to my sound. 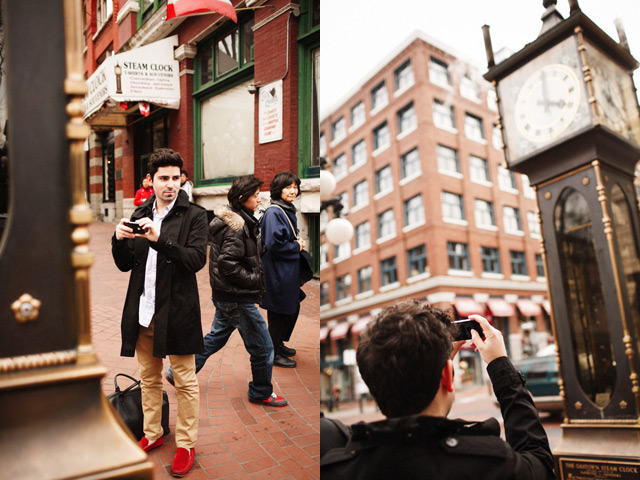 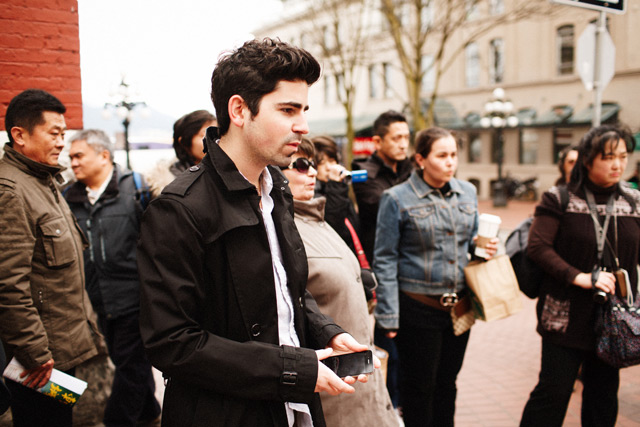 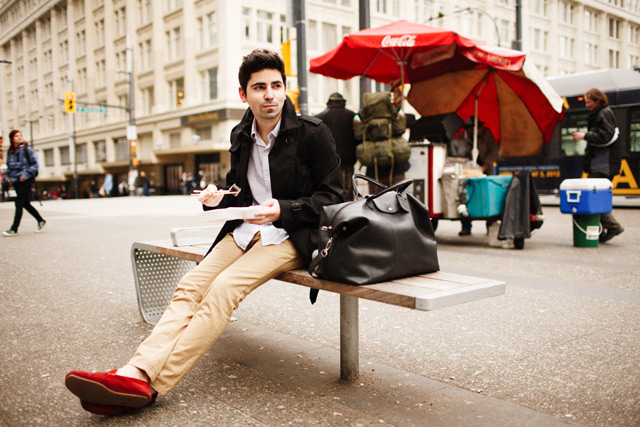 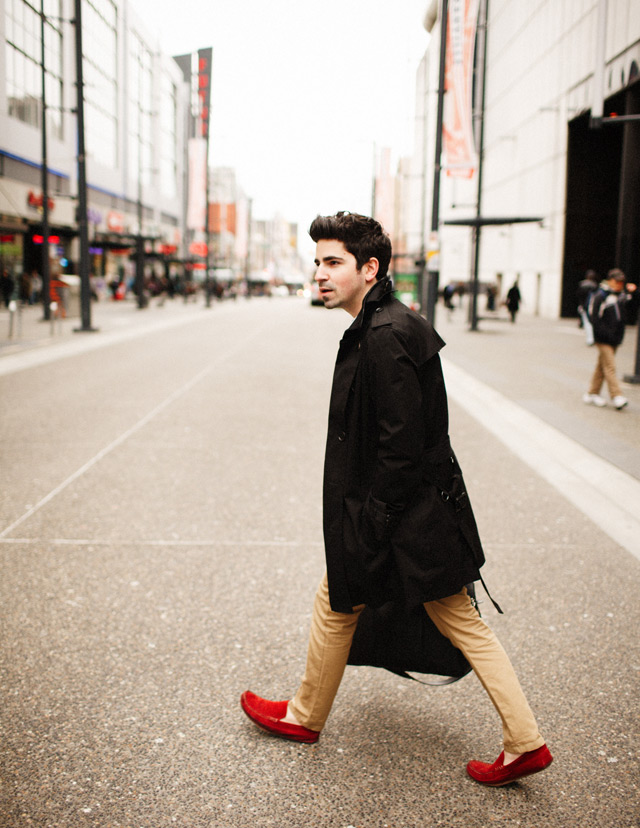 FC: My two favourite spots right now are Kadoya and Honjin. The spicy tuna sashimi at Kadoya is unreal.

PL: What do you got lined up in the near future? Any gigs coming up that you’re really stoked for?

FC: I’m going on tour for about two months now in support of my new album ‘Different Faces.’ I’m excited for the whole thing to be honest! But of course the hometown show on May long weekend at Celebrities will be amazing. Blueprint has been supportive of me from the beginning and I can’t wait.

FC: Yeah my latest single Black To White is one of favourites. Miss Palmer sings on it and she has such an incredible voice. And the video was fun to make too, including myself riding around awkwardly on a vespa (for the first time). 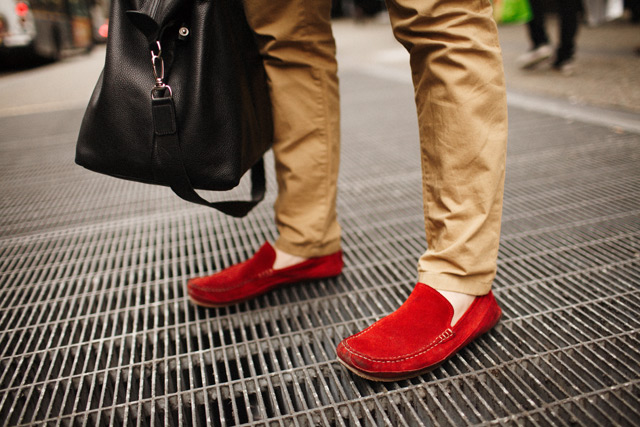 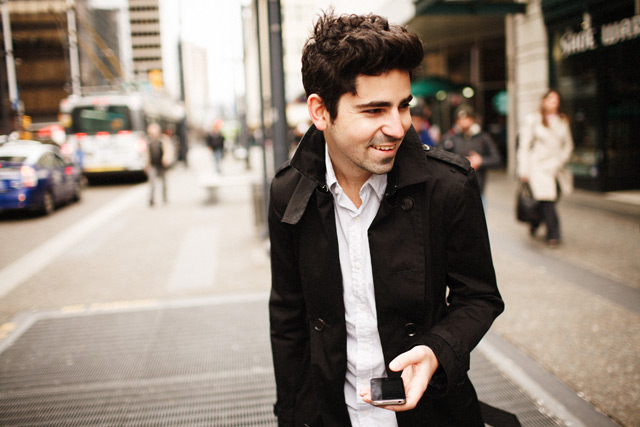 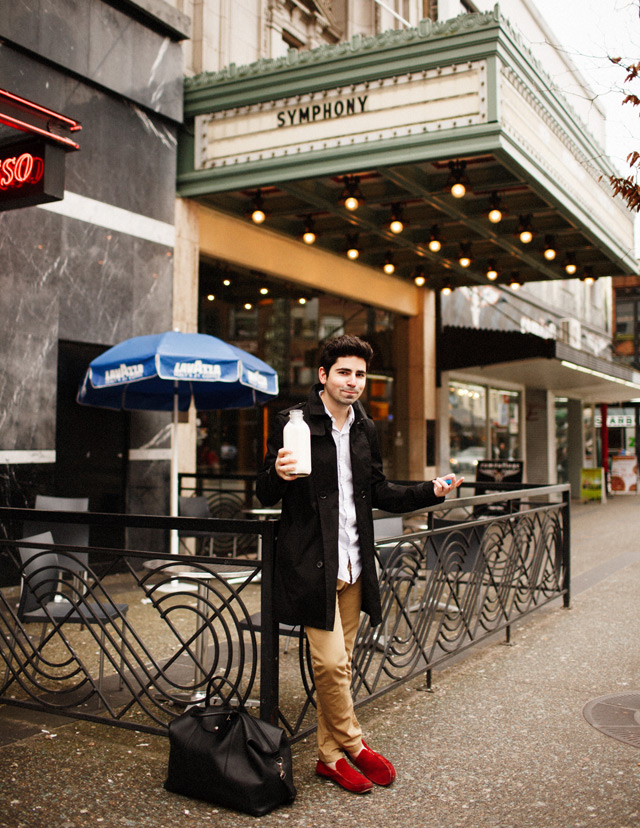 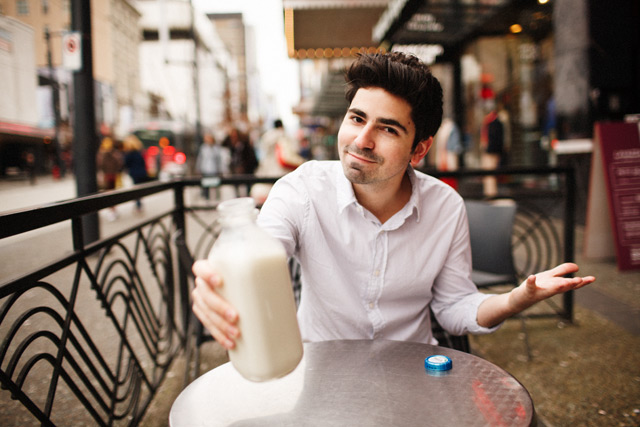 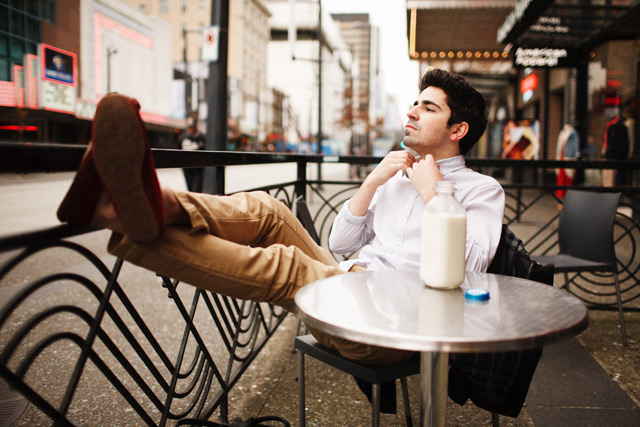 PL: If VcB readers wanna check you out and keep up to date with ya, where can they find ya?

PL: Awesome. Anything else you’d like VcB readers to know about you?

FC: Be sure to grab my album on iTunes! http://itunes.apple.com/ca/album/different-faces/id514764422 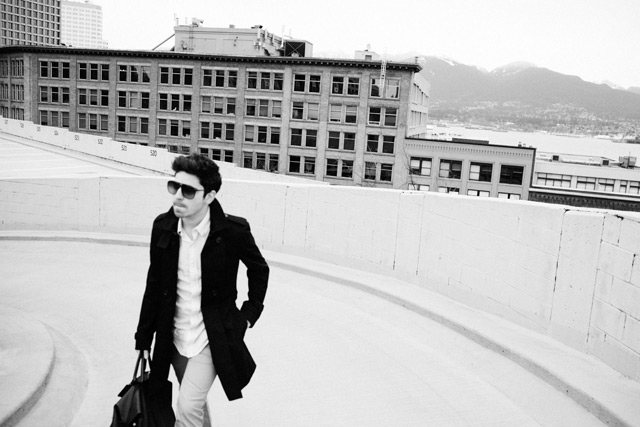 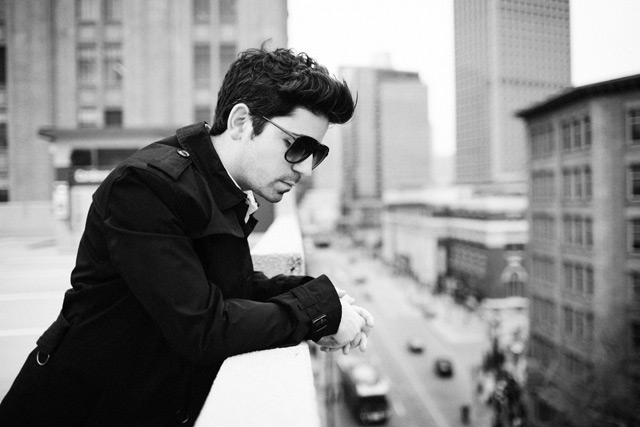 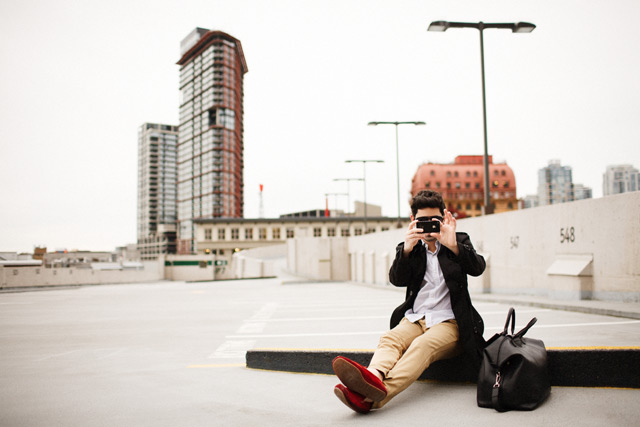