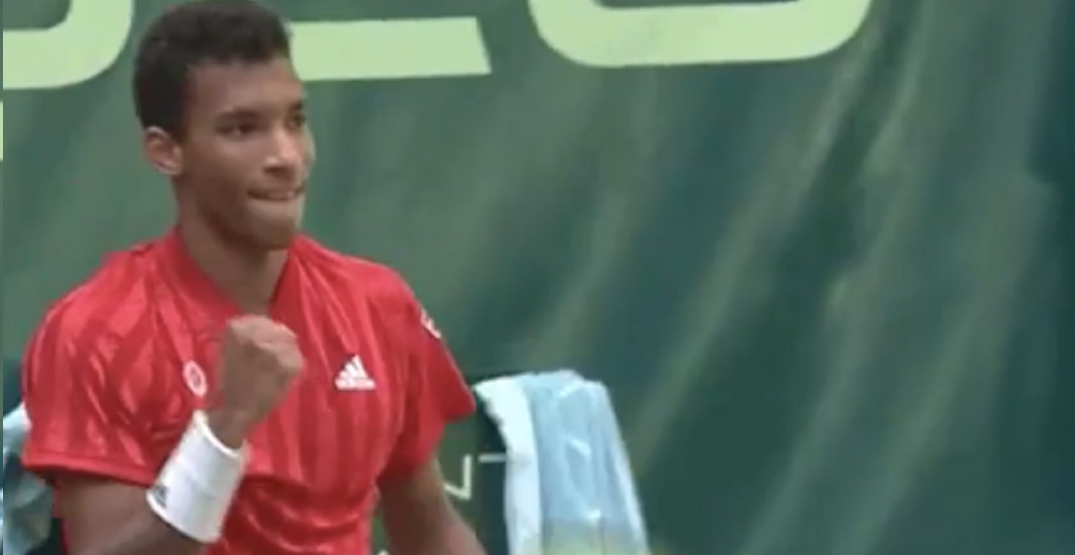 Montreal-born Félix Auger-Aliassime has added another signature victory to his tennis resume.

The 20-year-old star pulled off a come-from-behind 4-6, 6-3, 6-2 over Switzerland’s Roger Federer at Germany’s Halle Open Round of 16 on Wednesday.

Federer, 39, is largely considered the greatest player of all time and is currently ranked eighth in the ATP men’s ranking. However, the man they call FAA is placed 21st, with a career-high ranking of 17. Strangely, they were born exactly 19 years apart: Federer on August 8, 1981, and FAA on August 8, 2000.

It appears FAA’s mental confidence coming into the match paid off, as he landed 13 aces on Federer compared to just five coming back.

“Of course, he’s a favourite here; he’s won 10 times. It’s going to be a good test for me to see where my game is at on the grass,” Auger-Aliassime told reporters yesterday.

It was the first time the two had faced off.

“It’s an amazing win, and I for sure didn’t expect this. Of course, you come into the match wanting to win, but Roger was my idol, like many of us growing up,” Auger-Aliassime said after the match. “It was a huge honour to play him before he retired, and to beat him is something amazing that I will always cherish.”