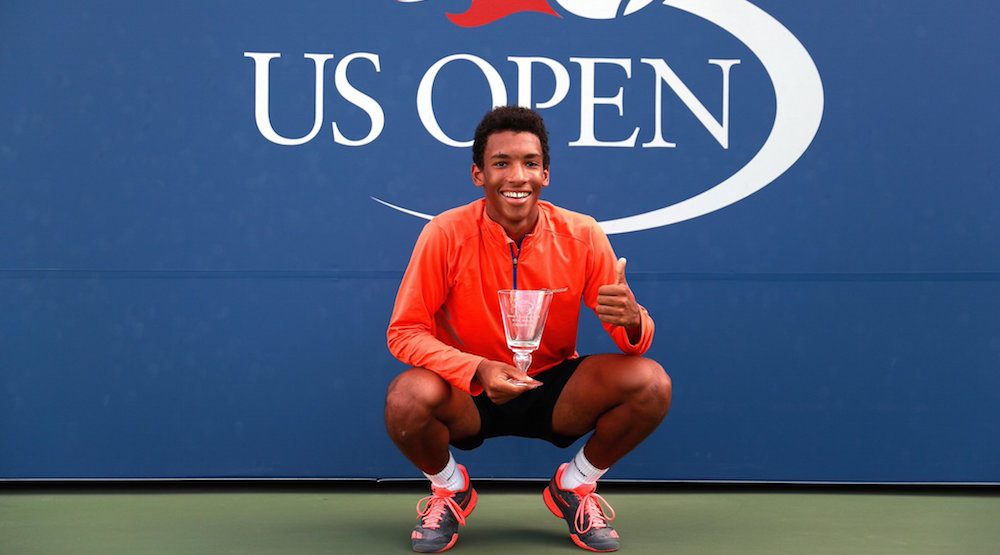 Upon becoming the youngest player ever to win a junior US Open boys title on Sunday, Felix Auger-Aliassime opened up about how his loss at the French Open earlier this year affected him.

“Obviously [the loss] was heartbreaking and I kind of had some nightmares about it,” he said on a conference call with reporters after winning.

“Going through [the US Open] I was really motivated and I didn’t want to have that feeling again, so I was ready to do anything to win this final.”

Similarly, when 14-time Grand Slam champion Rafael Nadal was 10, he played a tournament that showed him what he was all about.

After losing in straight sets his father tried to console him telling him he’d had a great summer with his friends, he couldn’t win every tournament and he couldn’t be a slave to tennis.

Nadal’s reply: “All the fun I had then can’t make up for the pain I’m feeling right now. I never want to feel this way again.”

In his autobiography Nadal wrote that he felt the same sense of despair eleven years later in 2007 after losing the Wimbledon final to Roger Federer.

“As the tears fell, I thought, ‘I never want to feel this way again.'”

One year later Nadal played what many call the best tennis match of all time – the 2008 Wimbledon final. This time he beat Federer at his peak in five sets.

Back to Auger-Aliassime, his loss in the French Open final was similarly heart wrenching. After splitting the first two sets against France’s Geoffrey Blancaneaux in the best of three match, the then 15-year-old Auger-Aliassime had two match-point chances to win the championship.

Auger-Aliassime missed a forehand on the first opportunity and Blancaneaux served an ace on the second propelling him to go on to beat the Canadian.

Auger-Aliassime elaborated on that feeling of devastation: “It was really tough for me the following weeks and months to forget about it – that I was a point away from being a Grand Slam champion,” he said.

“After being so close, I knew my level was there to win a tournament like this. Last time it was just a question of bad luck so I just had to keep being me, playing my game, being aggressive.

“What I learned from last time was not to think too far ahead. Last time when I won the first set, I thought it was done, but no no, you have to go and get every point.”

Months later, at the US Open, Auger-Aliassime won the championship dropping just one set in the tournament – early on in the second round. Once the opponents got tougher, his resolve shone through. In the semi-final he took out the number-one seed, 18-year-old Stefanos Tsitsipas in straight sets before winning the final in just 58 minutes over fifth-seeded 17-year-old Miomir Kecmanovic.

While being a junior Grand Slam champion is no guaranteed predictor of future success – neither Novak Djokovic nor Rafael Nadal won a junior Grand Slam tournament – some notable current players who did win are Roger Federer, Stan Wawrinka, and Andy Murray.

What is notable is that Murray won his junior US Open at the age of 17 and Federer won his junior Wimbledon title a month shy of 17. Just 15, Auger-Aliassime was a point away from winning in France, and he turned 16 one month before winning at the US Open.

Though we may be accused of getting ahead of ourselves including these names alongside his in this article, fact is, Auger-Aliassime is ahead of the curve.

How many titles he’ll win on tour remains to be seen, but this year he’s shown how much he hates losing. That defiance can go a long way in defining a tennis player’s career.