The first day of filming for Fear the Walking Dead took place over the weekend in downtown Vancouver. Transformed into the streets of Los Angeles, a SWAT team and hazmat crew were on site while an angry mob was trying to interrupt their work.

The Walking Dead is notorious for trying to avoid spoilers and this set was no different. Cast were covered in red and green robes to avoid prying eyes from seeing their costumes (presumed to be the undead).

Fear the Walking Dead will be filming for one month in Vancouver under the code names “Cobalt” and “Stalwart.” If you see any filming notices in your area (like the one posted below), send a tweet to @lemon_buzz.

Fear the Walking Dead will premiere on AMC on June 12. 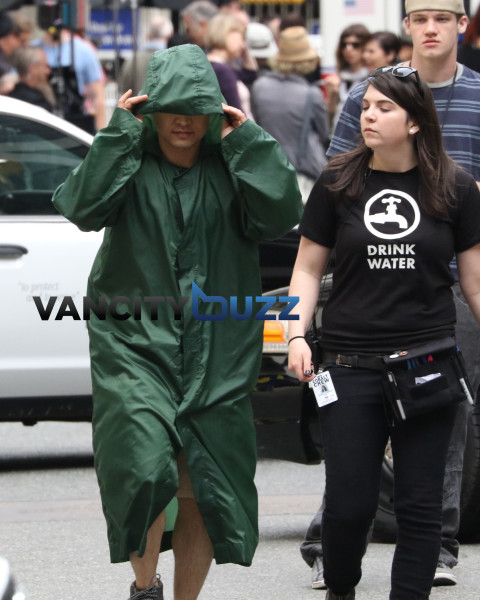 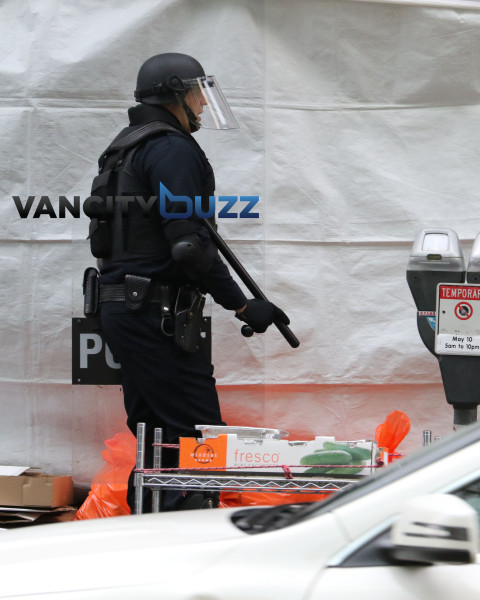 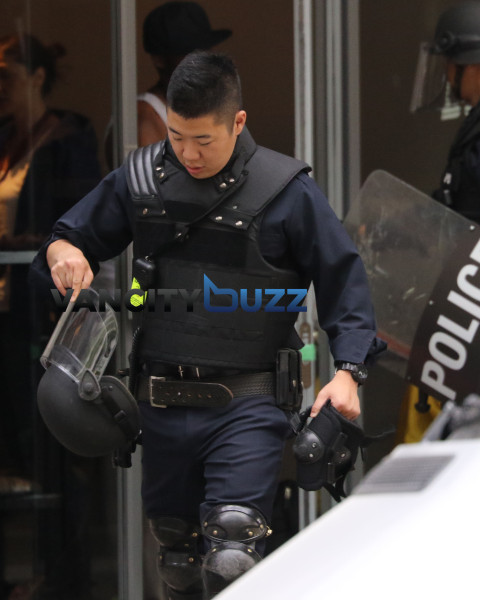 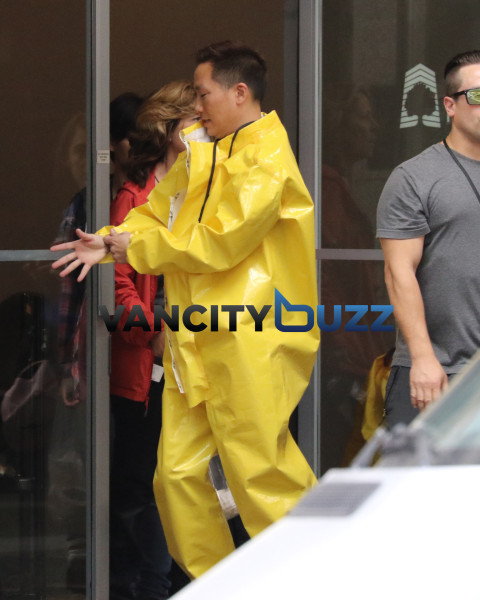 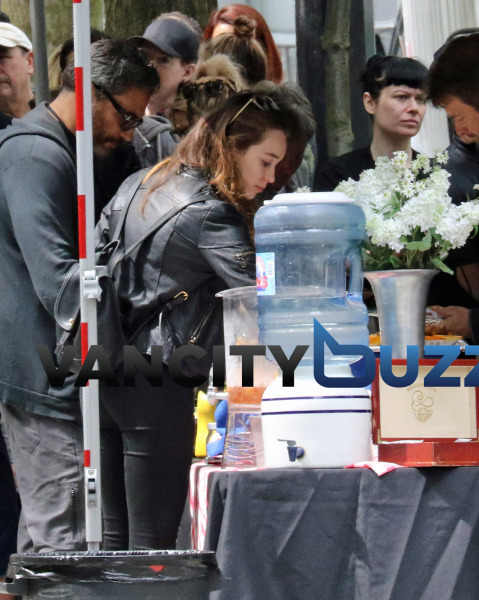 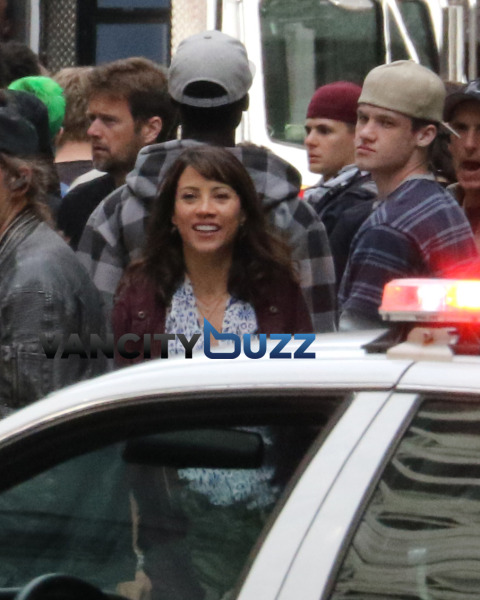 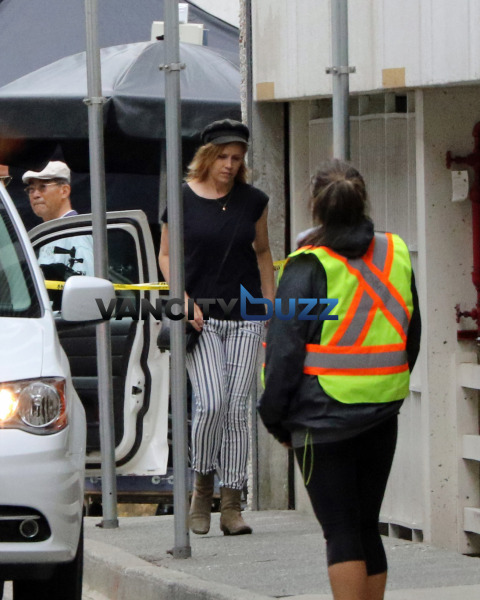 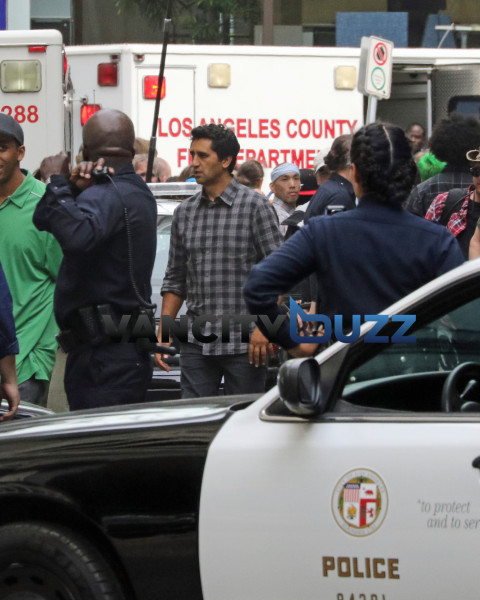 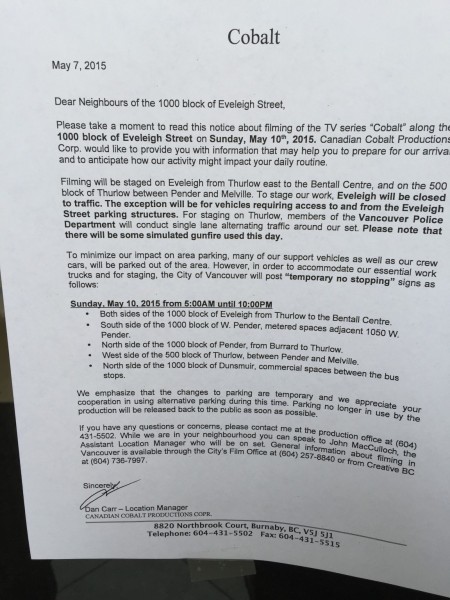