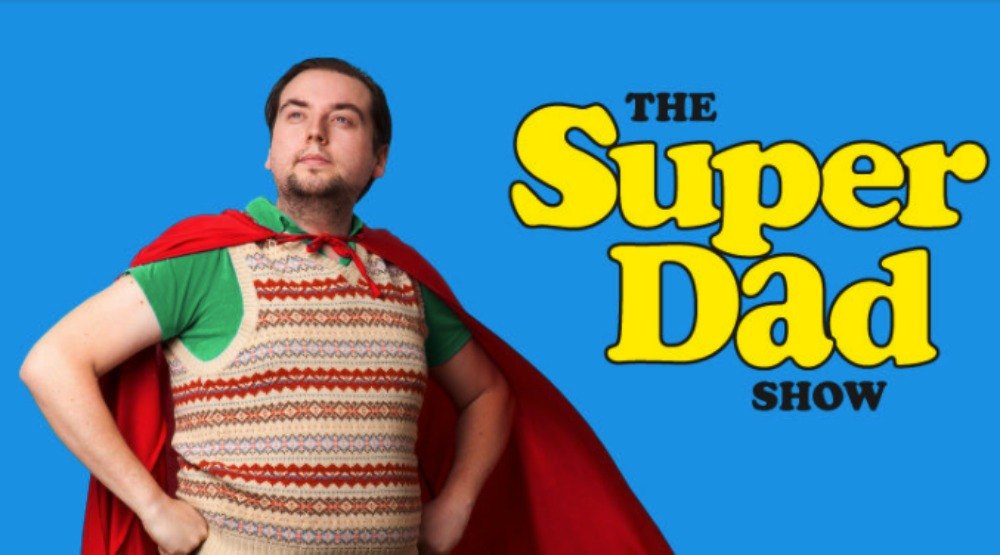 For some of us, finding a gift for dad is like finding a needle in a haystack.

But rather than buying your father a traditional gift, make some new memories with him at the Vancouver TheatreSports League’s dad-themed improv comedy show on Sunday, June 18.

‘The SuperDad Show’ is kicking off at The Improv Centre on Granville Island for a special matinee performance in celebration of an often unsung super hero – dear ol’ dad.

You can expect to be laughing till your sides hurt with your old man as the show pokes fun at the complexities of what it means to be a father these days.

A lot of the material that VTSL’s quick-witted improvisers create will be based on the audience suggestions such as ‘the sensitive dad,’ ‘dads and their love affair with the barbecue,’ ‘hockey dads,’ ‘dad, can I have the keys to the car?’ or ‘dads and daughters,’ to name a few possibilities.

A post shared by Vancouver TheatreSports League (@vantheatresports) on Nov 9, 2016 at 11:43am PST

And, an early start to the show means that you’ll have plenty of time to take dad out for dinner afterwards.

Tickets to the show cost just $20 and this includes your choice of a glass of house wine, beer on tap, or a non-alcoholic beverage. And if you use the special coupon code VTSLWWPU at the checkout, you’ll receive two tickets for just $35.

The Neil Macrae Bar & Lounge at VTSL’s Improv Centre will open from 1:30 pm on the day, so you can sink some pre-show drinks with pops, and enjoy the patio deck over-looking the marina if the weather is nice.

Don’t forget, The Improv Centre is a fully-licensed facility, and that means VTSL patrons have the option of taking their beverages into the theatre to enjoy during the show. You know, just in case you get thirsty.

So, to celebrate Father’s Day, we’re giving one lucky Daily Hive reader the chance to win four free tickets to The SuperDad Show on June 18. It could be you simply by entering the below contest.

Win four tickets to The SuperDad Show at The Improv Centre on Sunday, June 18.

To enter to win four tickets to see The SuperDad Show on June 18, do at least one of the following:

3. Leave a comment below telling us why you would bring your dad to the show (1 entry)

Contest entries will be accepted from the time and date of publishing until 11:59 pm on June 16, 2017. One winner will be chosen at random and contacted through the platform they used to enter.

Use the coupon code VTSLWWPU at the checkout and receive two tickets to The SuperDad Show for just $35.