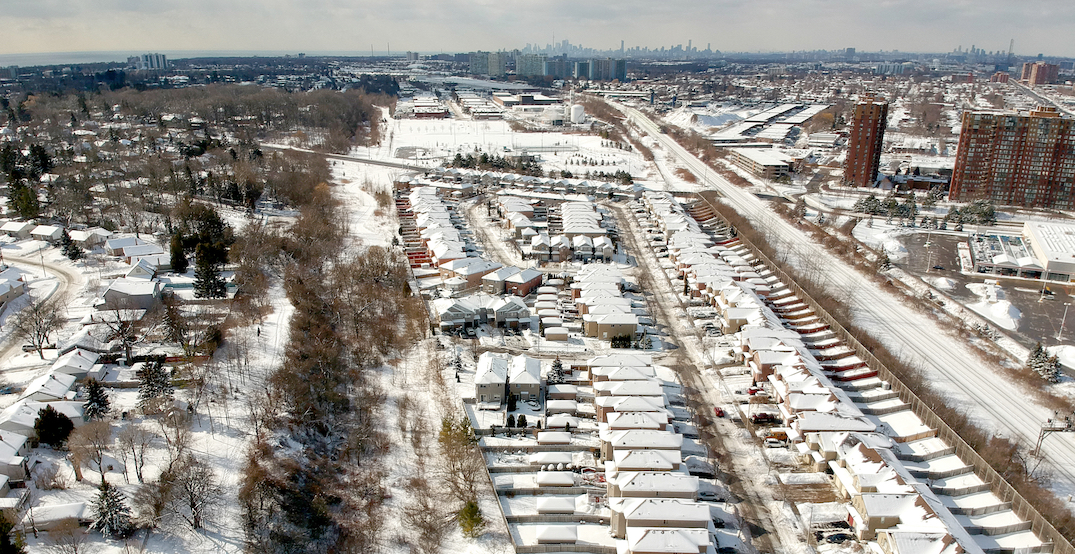 The COVID-19 pandemic has caused a shift in where people want to live.

According to a report from Statistics Canada, in most large urban regions in the country, population growth slowed from July 1, 2019, to July 1, 2020 at 1.3% compared with the same period a year earlier at 1.7%.

However, the long-term trend of urbanization continued over that period, as other regions in the country grew at a lower rate, with people leaving cities like Toronto or Montreal for surrounding, smaller metropolitan areas.

Cities like Oshawa, followed by Halifax and Kitchener–Cambridge–Waterloo, Kelowna, Calgary and Saskatoon.

The communities with the highest population growth rates are as follows:

Toronto, Montreal, and Vancouver continued to see more people moving out to other regions of their province rather than moving in.

During this one-year period, Toronto saw 50,375 people leave, while Montreal saw 24,880 people leave — a record loss for both cities.

“COVID-19 caused many home buyers to reconsider their lifestyle needs, and as a result, what they were looking for in a home. For a number of Canadians living in major cities, their homes doubled up as workspaces, makeshift classrooms, and more, and home buyers opted to trade their city condos in favour of more spacious homes offering greater square footage and better access to green space,” said Anthony Tomasone, Zoocasa real estate agent in Toronto in a statement to Daily Hive.

“For first-time buyers who may have previously purchased a condo or were priced out of major urban centres altogether, historically low interest rates coupled with the flexibility to work remotely opened up new opportunities in smaller towns and suburban communities.”

When it comes to long-term trends Tomasone doesn’t expect people to go into work fulltime for a while, with remote work being possible for many.