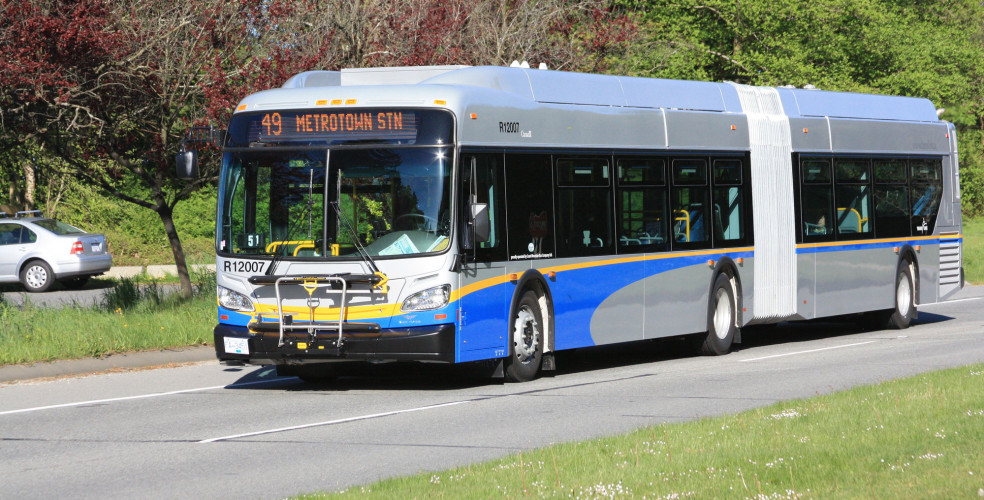 A number of Metro Vancouver’s existing bus services will be improved as part of a sweeping plan based on feedback provided by riders.

TransLink says no new bus routes are being introduced, but resources allocated to existing bus routes will be optimized to better serve the changing and growing demands of riders. Regional residents voted against a half per cent sales tax last summer that would have helped fund major transit improvements.

Some of the biggest changes will be on the busiest bus routes serving Hastings Street, 41st Avenue, and 49th Avenue.

There have been decade-long plans to upgrade the No. 135 SFU/Burrard Station on Hastings Street into a more frequent and quicker B-Line service, but that plan is still on hold due to funding issues. Instead, the transit authority is proceeding with plans to improve travel times and increase reliability by modifying bus stop locations in time for the opening of the Evergreen Line.

With the No. 41 UBC/Joyce on 41st Avenue, some bus stop locations will also be similarly reconfigured to improve access to services.

Further south on the No. 49 UBC/Metrotown, the route’s existing detour through the Champlain Heights neighbourhood will be abolished in a favour of a more direct route continuing straight along 49th Avenue. Currently, the route veers off 49th Avenue by turning south onto Tyne and Kerr streets to serve 54th Avenue, adding up to eight minutes in extra travel time in each direction.

Changes to both the No. 41 and 49 services will be implemented by this summer.

Other notable service changes include:

In the Northeast Sector of the region, there are plans to modify a number of bus routes to integrate the bus network with the opening of the Millennium Line’s Evergreen extension. This includes the cancellation of the 97 B-Line, which parallels the same route and stations of the extended SkyTrain line.