A fast-moving fire ripped through a townhouse complex in Whistler this morning, leaving a number of people in the community displaced. The 1974-completed building is located on 8100 Alpine Way, north of Whistler Village and west of Green Lake near the Sea to Sky Highway.

According to the Whistler Question, the fire began on a balcony before spreading to the roof structure. Between 20 to 30 people are now out of their homes and being assisted by Emergency Social Services at Meadow Park Sports Centre.

Officials at the Resort Municipality of Whistler have issued a notice saying four townhouse units are affected by the tower, and that all units have been evacuated until further notice. Fortunately, there were no injuries.

The fire was fully extinguished this afternoon. Billowing smoke could be seen from a distance away in the valley.

The municipality has issued a request for donations to assist affected residents: Clothing can be sent to Re-Use-It Centre, hygiene items to the Whistler Food Bank, and financial contributions to the Canada Helps website here. Alternatively, a cheque can also be made to the Community Foundation of Whistler and directed to the “Emergency Fund: Alpine Fire”. 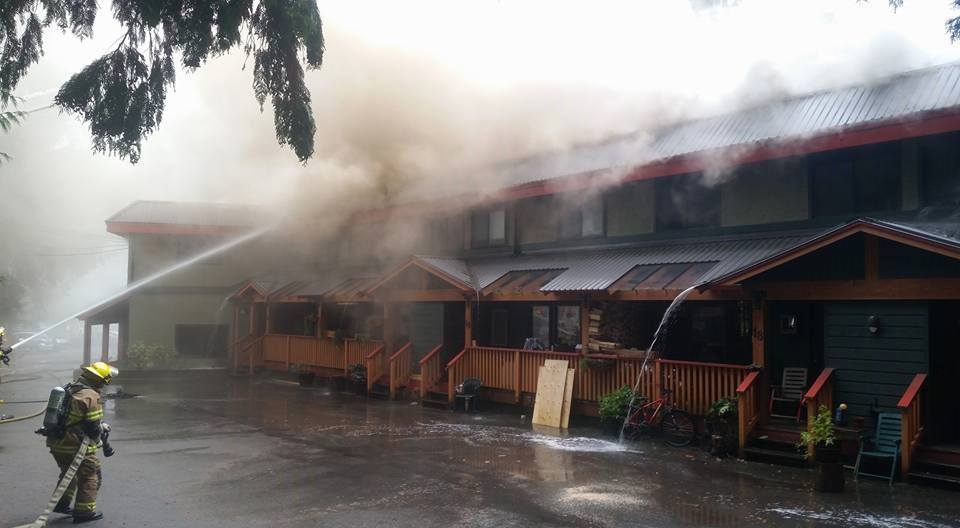