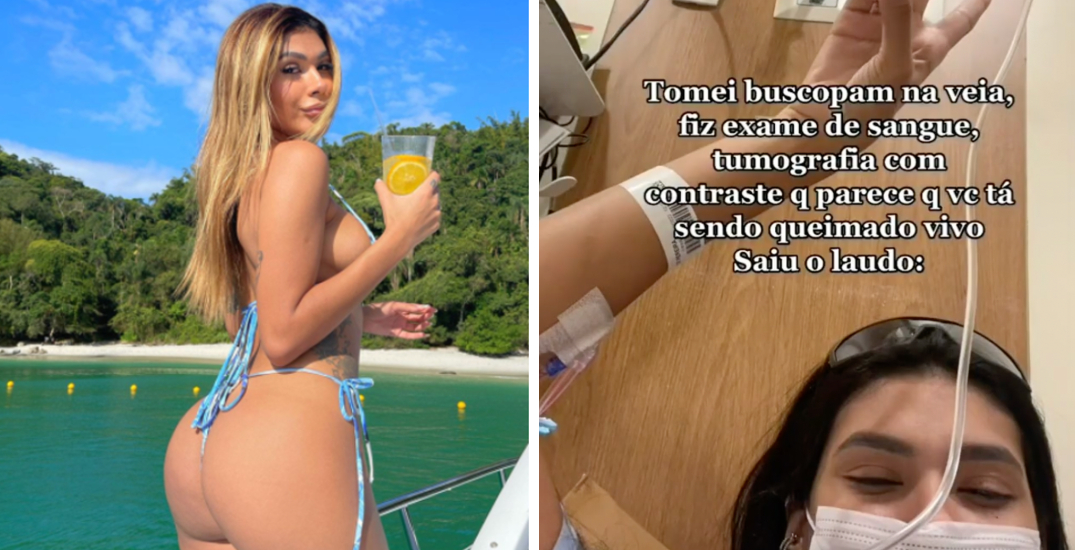 Brazilian singer Viviane de Queiroz Pereira, better known as Pocah, revealed that she was hospitalized after holding in farts all day while out with her boyfriend.

Too bashful to toot, she continued her day well into the night, blocked up, until 5:30 am, when she woke up with severe abdominal pain.

According to Newshub, the singer shared her ordeal with her 15.7 million followers in an Instagram story posted from the hospital. The story has since expired, but parts of it have been reposted by many other accounts.

“I woke up at 5:30 am with extreme stomach aches and had to go to the hospital,” she said, adding that she feared it was appendicitis, kidney stones, or an umbilical hernia.

The singer was given painkillers intravenously and underwent tomography and blood tests.

She told her followers she was fine and that the diagnosis was “just an accumulation of trapped farts.”

The experience definitely taught Pocah a lesson: never hold in your farts — for anyone.

“Girls, don’t be ashamed to fart in front of your guy. What’s actually embarrassing is not letting him sleep because you’re in discomfort, going to the hospital with him, and being diagnosed with trapped farts,” the singer said, sharing some nuggets of newly acquired wisdom.

We’re with you on that, Pocah.