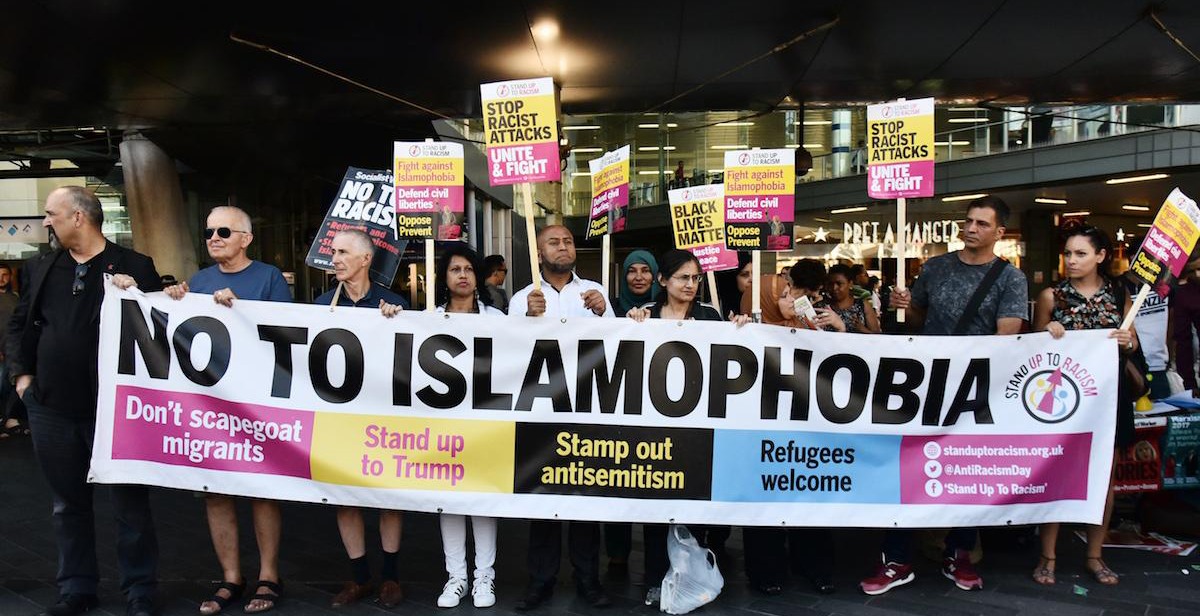 Vancouver activists will be holding a rally for “tolerance and inclusivity” at City Hall on Saturday, to counter a march planned there by a far-right, anti-Islamic group.

The rally is being organized by an ad hoc group, Stand Up To Racism Metro Vancouver, comprised of various activists and community leaders across Vancouver.

“We cannot let the hateful vitriol of white supremacy gain any traction in our city,” said Rowe-Codner. “If they go unopposed, what message would that be sending to our Muslim, immigrant, and otherwise affected neighbours?”

The original Facebook event page relating to the far-right march by Worldwide Coalition Against Islam appears to have been removed.

However, it has been reposted in an event page entitled “WCAI/CAP August 19th Vancouver rally,” declaring it the group’s first ever rally in Vancouver.

“WCAI founder Joey De will be making the trip out to speak,” reads the new event post. “Brad Salzberg from CAP will be there as well as Soldiers of Odin. It should be a great rally you don’t want to miss.”

CAP, the Cultural Action Party, and the Soldiers of Odin are both far-right groups which oppose immigration and Islam and claim to want to “take our country back.”

Daily Hive contacted WCAI for comment and were directed to message member and founder Joey DeLuca. However, we had not heard back from him at the time of publication.

Rowe-Codner says even if the far-right march doesn’t happen, her “Oppose the Racists in Metro Vancouver!” rally will go ahead.

“At this time, it is likely the white supremacists will still be attending, and it is ever so important to make our voice louder,” she said.

“If they choose not to come, then that is all the better, and we will have a rally promoting tolerance and inclusivity all the same.”

Rowe-Codner said that while the group began with International Socialists, it now includes teachers, students, faith communities, and activists, of a range of political persuasions.

The protest and rally come just days after equality activist Heather Heyer was killed in Charlottesville, Virgina, while protesting a white supremacist march.

Heyer tragically died and 19 people were injured when a driver, allegedly a Nazi sympathizer, rammed their car into the crowd of protesters.

James Fields is charged with second-degree murder and the incident – and lack of condemnation from President Trump – has shocked the world.

In the aftermath, many on the right, as well as Trump, have accused left-wing counter protesters in Charlottesville of being violent too.

Rowe-Codner says it is the far-right, not groups like hers, that celebrate violence.

“They claim that we are violent, or that Muslims in general are violent, but then you see what happens in Charlottesville,” she said.

“Their camp will jump at the opportunity to celebrate murder.”

Rally in Vancouver aims to be peaceful

So far, some 1,400 people have signed up on Facebook to attend the rally in Vancouver on Saturday, with 3,000 also expressing interest.

Rowe-Codner says the rally on Saturday is intended to be a “peaceful display of our freedom of speech.”

Precautions will be in place to ensure the safety and security of those attending, she said.

“It is always a concern that when faced with opposition, they could lash out in violence,” Rowe-Codner. “However, if we have the numbers, and are smart about how we conduct ourselves, then hopefully we can avoid any physical altercation.”

A City of Vancouver spokesperson told Daily Hive: “We are continuing to work with VPD to monitor the situation and minimize any risk, while also balancing the public’s right to free speech with the need for public safety.”

Vancouver Police say they have a plan

At a news conference on Wednesday, Vancouver Police Sgt. Jason Robillard said they are aware of what’s happening and they have a plan.

“We have policed hundreds of protests and rallies in the past and what we do is we have to weigh citizens’ rights to free speech with the right for public safety,” he said.

While that would be their focus, Robillard said, he would not be revealing the police’s operational plans ahead of time.

“These types of rallies, like any type of rally, it’s all very fluid, there’s still information coming in, and we are monitoring the situation.

“What I can tell you is that we are prepared to improvise and adapt to any type of situation we have – that’s what we’re trained to do.”

When asked how police tell the difference between free speech and hate speech, Robillard said that’s a decision made at the time, based on intelligence.

“We have to assess – sometimes at a very high rate of speed – what that means and make quick decisions so that we can properly police,” he said.

“The criteria is very subjective to each officer, so each officer is going to have to make that decision on their own or collectively as a group, basing it on intelligence, sometimes based on things you see.”

The WCAI held a similar march in Calgary in June. It also prompted a counter-protest, by the Calgary Anti-Fascist Action, but the policed event remained peaceful.

Is it better to deny the far-right a platform?

The Soldiers of Odin, another far-right group, has protested at least twice in Vancouver over the past few months, but have been largely ignored.

Some argue it is better to ignore far-right groups and deny them the platform they seek. Rowe-Codner says she sees this argument posed a lot – but disagrees.

“I think the best way to approach it is to say that the reason why we want to do this is so that we don’t have a Charlottesville on our hands,” she said.

“We may technically be able to ignore these issues, but those affected by racism cannot, they have to deal with it every single day.

“It would be irresponsible of us to wait until this threat gets any bigger, before dealing with it. There can be no tolerance for racism in our community.”

Certainly, as racial tensions in the US have grown, many have questioned whether the same thing is happening here in Canada.

Rowe-Codner cedes that Canada has “better PR surrounding racism” but says our history is just as violent and there are divisions here that could “let bigotry and intolerance ferment.”

“The conditions allowing racism to grow are present, and as we’ve seen in the States, hate speech becomes hate crimes.

“Hopefully we don’t see anything as terrifying as what happened in Charlottesville, but to that end, we can’t sit around waiting for it to happen before we take action.”

To some, the growing tide of racism across North America may have felt unstoppable lately, but Rowe-Codner still believes there is hope.

“People learn through struggle, and as we struggle against the various ills of our society, we can achieve a more tolerant understanding, and a more collective community.”

Oppose the Racists in Metro Vancouver!

Editor’s Note: This post initial described the rally group as an offshoot of International Socialists Vancouver. However, it has since been clarified that many of the key organizers are not socialists and the group is now a broad cross section of the community. This post has also been updated to reflect that the march event post resurfaced after being removed.