Some spectators who attended Saturday’s Vancouver Canucks game at Rogers Arena had a bit of fun in their seat section.

Those around the man were seemingly celebrating the balancing endeavour, turning their attention away from the ice where the Canucks were holding an early lead to win 4-1 against the Toronto Maple Leafs.

It is not known how the man could have fallen asleep within the noisy hockey arena environment where the home team was winning. Perhaps those cans stacked on top of his head were his? 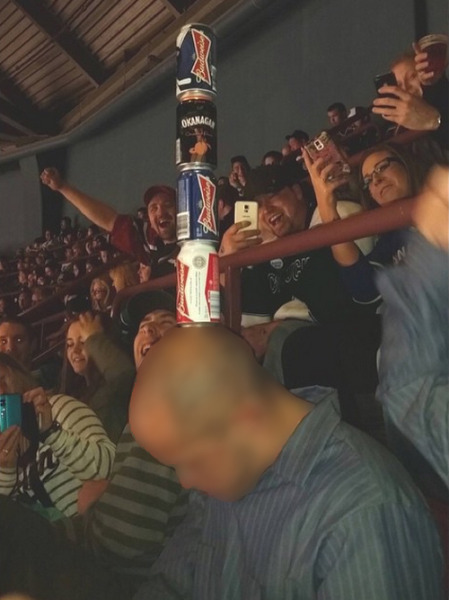