Name a Sailor Scout. Or a video game with farming in it. How about a popular anime whose title starts with the letter G? With those answers firmly in your mind, what do you think the top six answers to those questions would be if a group of 100+ nerds were asked? 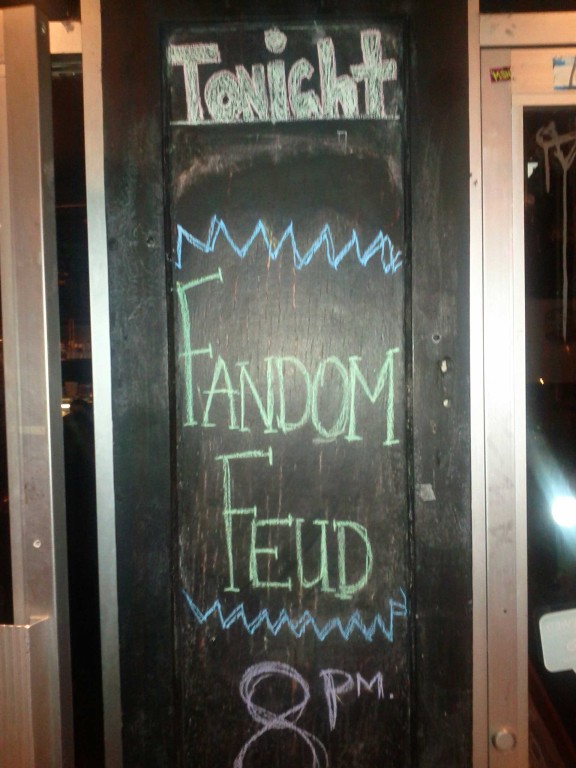 Following the footsteps and formula of the well-known and well-loved Family Feud, Fandom Feud pits teams of fan against each other in humorous nerd knowledge game show style competition. And knowing every tidbit of nerd trivia doesn’t necessarily give one an advantage. After all, you don’t need to be a super geek to be able to name even on famous Dragon. Players are selected by ticket draw (tickets are acquired at the door after the entrance fee is paid) and they form makeshift teams of friends and strangers. The game, as a player is both exciting and endlessly frustrating, what is popular in the polls might be something that would never cross your mind as an answer. The greatest example of this on the 26th was the last answer to ‘Name a Fairy-Tale Creature that Appears in the Shrek Movies?’, neither team thoughT to guess Donkey. 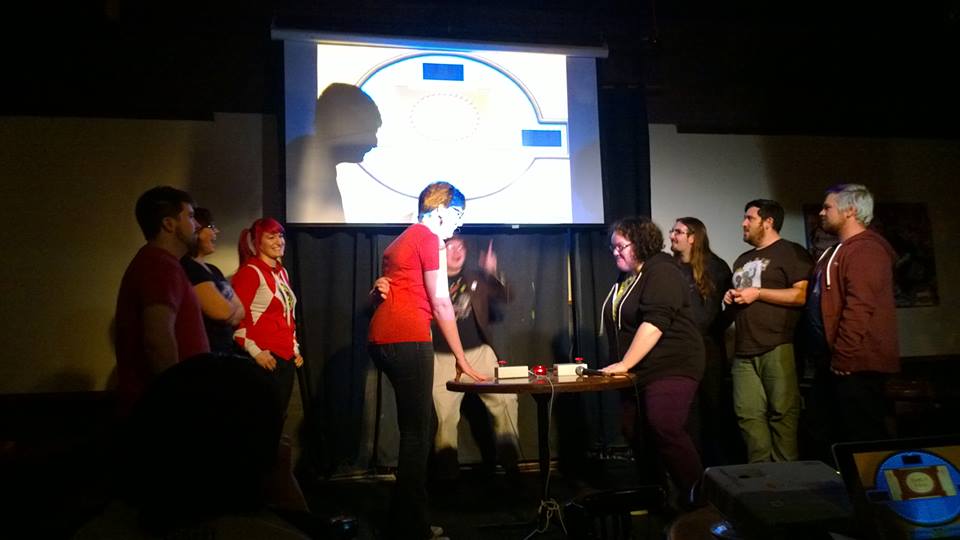 Hosted by West Coast Geeks vs Nerds and There Is No Easy Mode Trivia nights host Chris ‘Mooman’ Nyardy, Fandom Feud takes place at the Café Deux Soliels on Commercial Drive. Tickets are $8 and showtime is at 8pm.

There are two rounds of play with an intermission and a minigame in the middle. The show is family and fun friendly. The next show will be on January 7th, with following shows on February 4th, March 11th and April 8th. Be sure to check out Fandom Feud’s Facebook Page for more information.

Missed the first show? You can watch Fandom Feud Season 1 – Episode 1 on YouTube.